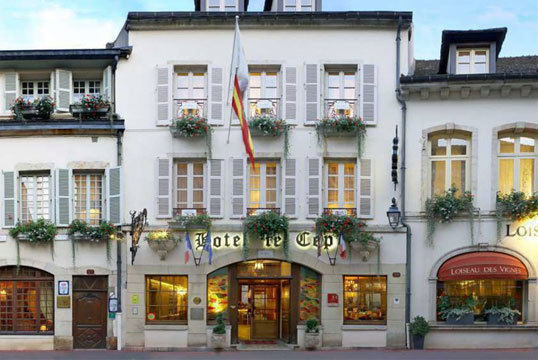 France is quite rightly renowned for the high standard of its cuisine, but some of the country's finest restaurants are attached to equally as wonderful hotels. Here, The Good Hotel Guide selects ten of the very best from their collection of hotels with Michelin stars in France. 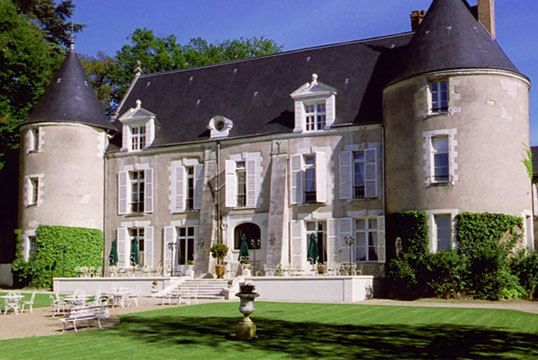 Dine on delicious fare in fairytale surroundings. A tower-flanked castle set in a wooded park just outside Amboise, Chateau du Pray was built in 1244. Many historic features remain, such as suits of armour, stained glass windows and oil paintings, and the regal bedrooms are furnished with antiques. The cuisine, produced by chef Frédéric Bisset, is described as having technical finesse and a dash of modern flair. 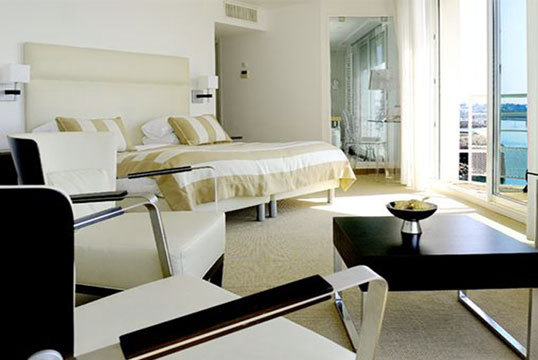 The sea views at La Marine are astounding. Set on a tidal estuary in a small fishing port (and summer resort), La Marine has airy, contemporary rooms (the best have balconies), a nautically themed lounge and a sleek restaurant with floor-to-ceiling windows. The cuisine, under chef Laurent Cesne, has been described as exceptional and inventive; unsurprisingly, there's an emphasis on seafood. 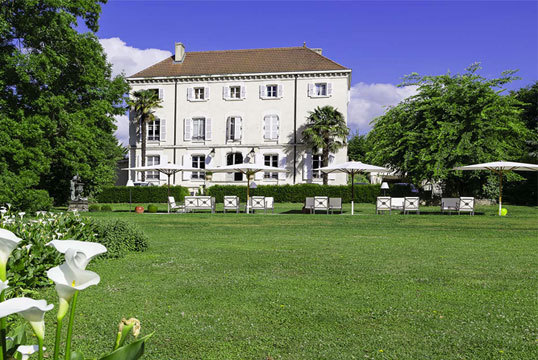 Set in an elegant 18th-century mansion, Domaine de Clairefontaine is located on the edge of a village in the Rhône Valley. Surrounded by extensive landscaped gardens, it's incredibly peaceful and relaxing. The bedrooms in the main house are more formal, with period furniture, and those in the annexe have contemporary decor. Chef Philippe Girardon produces gourmet cuisine, served in a stylish restaurant, and there's also a relaxed bistro. 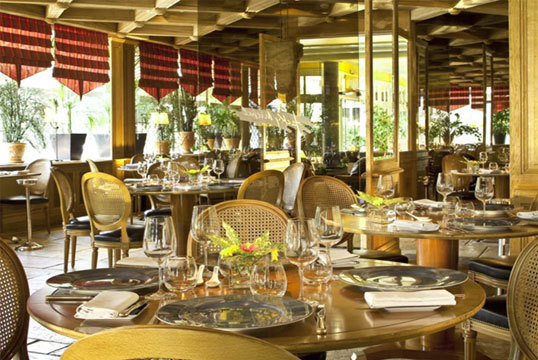 Run by owner/chef Jacky Michel, the Hotel d'Angleterre, in the market town of Chalons-en-Champagne, offers an elegant restaurant with inventive, constantly evolving cuisine, as well as a brasserie for simpler, less expensive fare. Although the refined bedrooms face a busy road, they are triple-glazed. After a peaceful night's sleep, enjoy the copious breakfast buffet, considered by some to be the best in France. 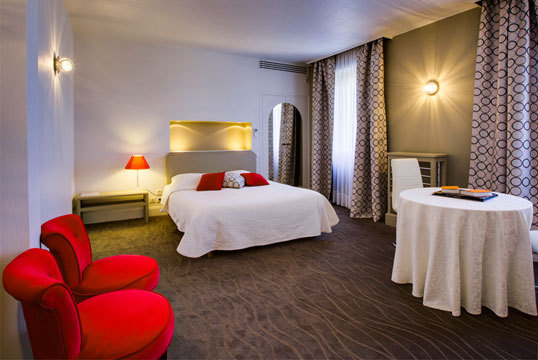 Built in 1930 as a radio station, Hotel Radio has retained its Art Deco feel, and the striking white building is full of period features. The rooms are spacious and plush, and the restaurant is regarded as the most prestigious in the area; chef Wilfrid Chaplain has been described as adding an inventive touch to classic French cuisine. 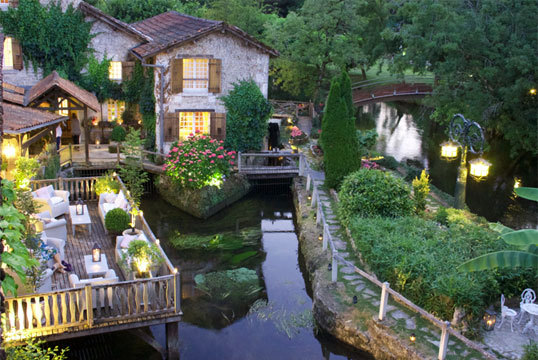 For a sense of bucolic romance, Le Moulin du Roc, set a 17th-century former mill, can't be bettered. There are just 15 bedrooms, connected by terraces and staircases, and all face the river; their décor could be considered old-fashioned but this adds to their charm. The restaurant, under Alain Gardillou, has had a Michelin star since 1979, and specializes in local Périgord cuisine. 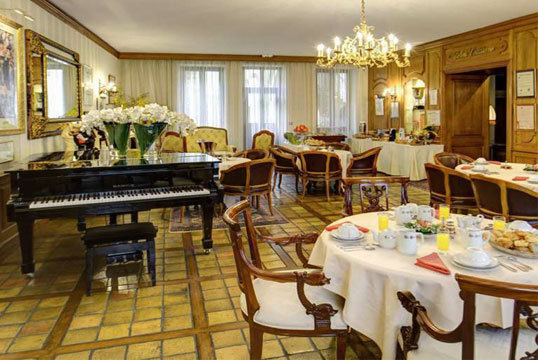 Some parts of Hotel Le Cep, the most famous hotel in Burgundy's wine capital, Beaune, date from the 14th century, others from the 17th-century. As well as a medieval courtyard, outside stone staircases and Louis XV décor, the hotel has sumptuous public rooms, charming old-fashioned rooms and a brand new spa. The restaurant, under Dominique Loiseau, offers regional cuisine and over 70 Burgundy wines by the glass. 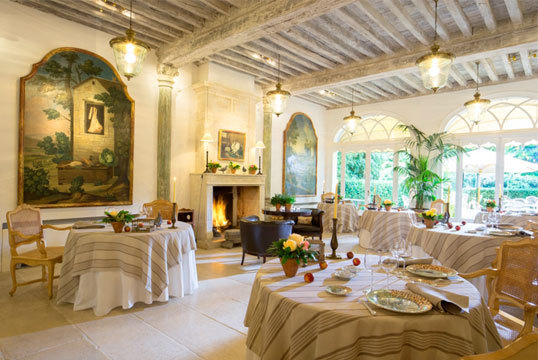 For the ultimate in fine dining, the main restaurant at the Guérard family's Les Pres d'Eugenie has had 3 Michelin stars for 39 years. Those on a diet can partake in the chef's 'slimming cuisine', and there's also a simpler, rustic restaurant and a lunchtime café specializing in tartines. Accommodation options range from rooms in the main house, a former nunnery and an auberge, and there's also a spa, a swimming pool and tennis courts. 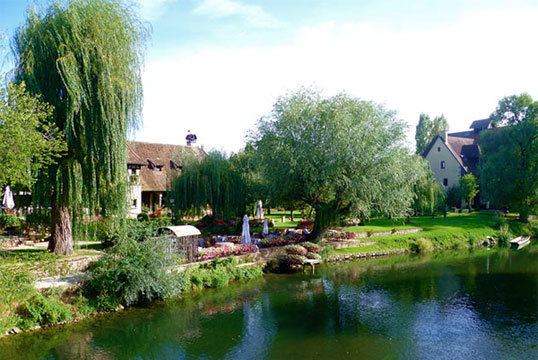 The restaurant at the Hotel des Berges also has three Michelin stars, and the hotel has a pastoral setting on a riverbank in a village north of Colmar. In the grounds are vegetables, herbs and flowers; inside is a spacious country atmosphere with antiques, modern cane chairs, rough stone tile floors and modern lighting. Marc Haeberlin is chef de cuisine, after taking over from his father Paul - the fourth generation Haeberlin. Breakfast can be taken on a punt or by the water, a magical experience. 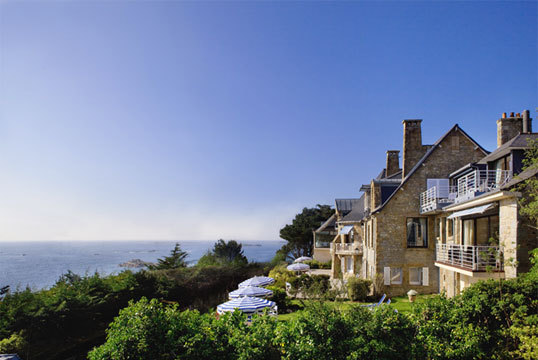 Built of local pink granite, the luxurious Le Manoir de Lan-Kerellac, set in a 19th-century Breton manor house on a wooded headland, is within walking distance of fine, sandy beaches. The stylish bedrooms, decorated in soft blue or pink pastels, all face south over sea and islands, and both the garden and the restaurant also overlook the sea. Local Breton chef Mathieu Kergourlay specialises in fish, especially lobster, and the restaurant has a ceiling built to resemble the upturned hull of a ship.

This selection is taken from the Good Hotel Guide's Hotels in France.