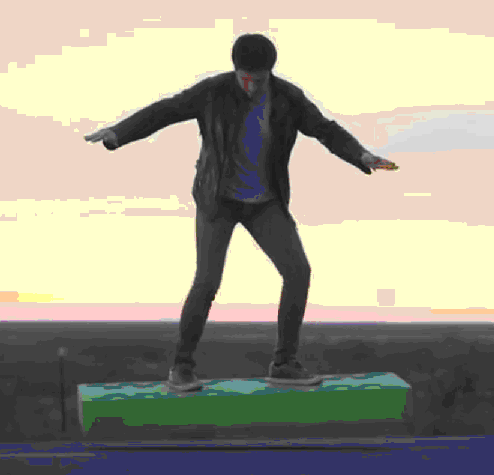 Put down your tablet--unless you're flying a gyrocopter or a "drone", or you're sailing on a fan or jet-powered hovercraft, or a two wheeled hoverboard...

And look up in the sky for new high-flying tech (HFT) or down the street to see a pack of kids coming, each on some one-wheeled thing--something new is upon us. Throw in robots, even ones that can gallop and run like a pissed-off bull, or the non-NASA rockets, launched into space and built by some new rich kids on the block, cars with no human drivers or wheeled things that can even climb walls--it is becoming clear that something is up.

For better or worse, we have entered the Age of the High-Flying Tech (HFT) Gadgeteer ... a new gang of inventors that stopped staring at screens and started building things.

Not since the skateboard (with the exception of the 'Segway') can I remember any serious challenge to the classical bicycle or motorcycle, but now there is a flock of many new wheeled-things-- or ones that are moving and got rid of the wheels, (but are still not 'anti-gravity').

And the definitions are blurring - drone, gyrocopter, hoverboard, jet packs, and radio controlled thing-a-ma-gigs are going to start changing our lives.

The bottom line is that people are leaving the comfort of sitting in front of screens, which dominated the last decade, and are now building things that move and fly--some even controlled by your cell phone.

I'll go through some of the drivers to this brave new wacky world, but let me introduce you to some of these new toys on the block--most of which are highlighted on YouTube where you can see them actually move.

Hoverboard got its name from the movie "Back to the Future, Part II", where Marty McFly (played by Michael J. Fox), is in a future where anti-gravity is tamed and he uses a futuristic 'skateboard' that floats.

The first type of hoverboards do not hover but have wheels and a place to stand. And someone figured out how to make them 'stable'. There are hundreds of brands world-wide and over the last Christmas season they were all the rage. This is the Mini-Segway Self-Balancing, 2-Wheel Hoverboard, 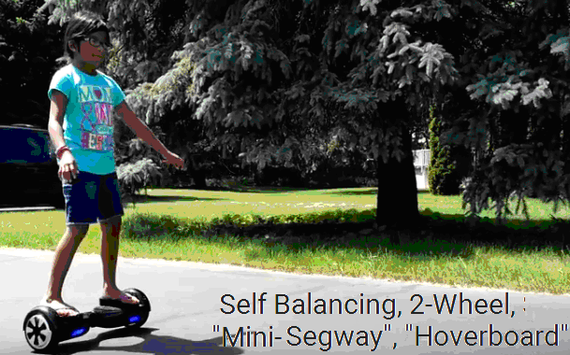 Another version that has been whizzing around my neighborhood are the one wheelers. This snapshot of a Google search on June 10th, 2016 shows that there are now a host of different configurations; some devices require you straddle one large wheel while others are two smaller contraptions--one on each foot--roller-skates on steroids. There's also a one-wheel-in-the-middle version resembling a more traditional looking skateboard.

Here's a review for the "Self Balancing ONE-Wheel Electric Scooter, Unicycles" 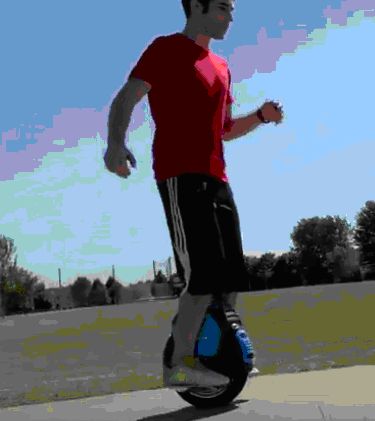 Hoverboards that Hover with Magnetism

The Lexus Hoverboard, however, 'hovers' and it is based on the science of magnets and super conductors; Lexus, that's right, the car company, even built a skateboard-like track to show it off. Notice the mist on the left side of the picture and some onlookers' hands between the board and the ground.

And similar to this is Hendo's hoverboard that also uses magnetism to 'float'. See skateboard guru Tony Hawke use it. 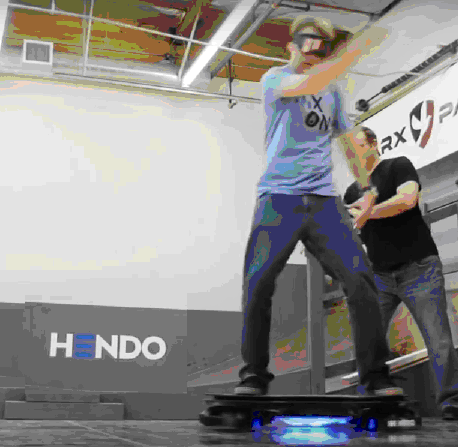 This trend of reinventing the power of magnets with computer controls is going to also bring lots of new products. Here's a levitating chess board or check out the CLM 2 Levitation Module

However, the new kid on the block is a large green rectangle that uses fans and computer smarts. The Arcaboard, which we featured in the beginning, is for sale at a cool $14,900. Here are the guts of the board. 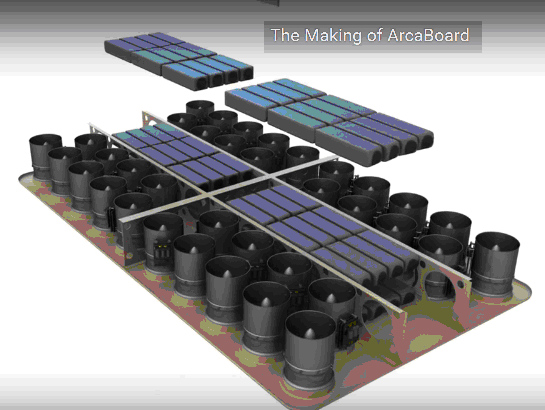 This hoverboard is a cross-over to the drone and the gyrocopter world.

In "Back to the Future II", "Doc" shows up driving an anti-gravity car that runs on garbage. Now, with the ability to have lightweight materials and the rotors of a drone, in 2016 - at the Consumer Electronics Show, the EHang 184 MegaDrone - "Worlds First Self Driving Taxi Car" caused a bit of a stir. 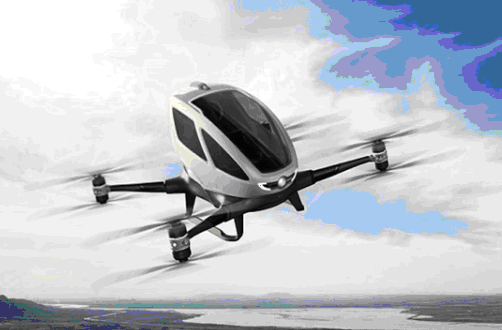 Small gyro-copters has been around for decades; one has only to remember the James Bond movie "You Only Live Twice" that featured "Little Nellie".

However, these are different. When we think of personal commuting vehicles, I doubt many thought of flying cars as a reality. However, with driverless cars, which have GPS, anti-collusion, and a host of other tricks like sonar and radar built in, there are a host of companies working on this, especially combined with HFT. While I personally have doubts about driverless vehicles, whether it's on a highway or a virtual sky-highway, as a rich play toy, expect to see these HFT personal vehicles in the air over the next five years.

And since we are in the air, let's talk drones.

This collection of drones was found in a Google search at the end of 2015. There are now thousands of companies building 'drones', with 4 rotors being common. There were even a number of them on sale this Christmas in the Century 21 department store in Brooklyn.

These are 'wireless controlled' devices, some actually can use your wireless phone. There are expensive ones that do very precise photography and military spy stuff, or the cheap ones that are more like an electronic kite - that you control.

But that's not what all this is about; expect to see personal 'selfie' cameras that fly, swarms of small drones that you control, large floating/flying advertising or war-gaming-drones where the drones are dressed as star-cruisers or the Star Wars Millennium Falcon.

Meanwhile, Amazon and others are working on using them to deliver packages.

But they will also be the eyes for a fireman going into a building--wanting to see what's in front, or drones that get to a fire first to see how bad it is; or police patrols where they can cover a lot more blocks - or...

However, coming full circle, the Disney Research "Vertigo" uses both wheels as well as a fan to climb walls or go over the ground. 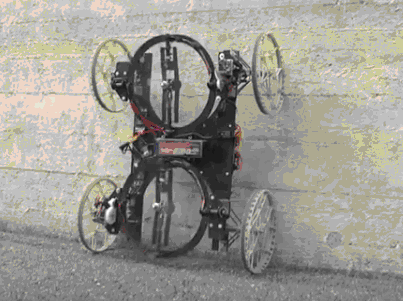 And some will be controlled by your phone, some by a controller, some by a glove-like thing, or even thought control, which is a whole other issue.

A Few Technological Things seems to have Fallen into Place

First, computers and electronics have added 'stability'. The ability to have drone tech required the ability to coordinate the multiple rotors and the ability to be 'stable' in the air. I've been told this is because the drone tech had been designed by the military and has been seeping into designs for the public's use.

But stability is also what makes the magnetic levitation systems work as they keep the power of the magnets stable and controlled through computers.

Second, there has been a flood--- tens of thousands of people and companies, worldwide, throwing new additions into the mix. But it is the Internet, with hang outs like YouTube, where anywhere in the world some kid can explore what's out there currently... and what works and doesn't, and can order the components immediately, or get in touch with others working on these new-fangled gadgets, that is driving a collective group think.

And I note that there is also 3-D printing, where the printers can fabricate parts based on plans sent anywhere in the world via the Internet.

Finally, this future will also be filled with law suits, new regulations and complaints about new regulations. In July 2015, William Merideth shot down a drone in his backyard in Kentucky and was cleared of all charges.

"It was a case that gripped the nation. Or at least Kentucky.

"Should it have temporarily escaped your pressured memory, William Merideth in July said he saw a drone flying above his property in Hillview, Kentucky.

"He believed it was spying on his 16-year-old daughter who was sunbathing in the garden. So he took out his shotgun and blasted the drone out of the sky. He was arrested for wanton endangerment and criminal mischief.

"Now a Kentucky court has declared Merideth an innocent man."

And while some of these products may never stick or be economically feasible as commercial products, one thing is clear - High-Flying Tech machines and new wheeled things are going to be in our future.

Here's a video of the "Flyboard", which looks more like an HFT from the movie Spiderman that was flown by the Green Goblin. The video shows a man and his jet powered flying machine setting a new record, documented by the Guinness Book of World Records, April, 2016.