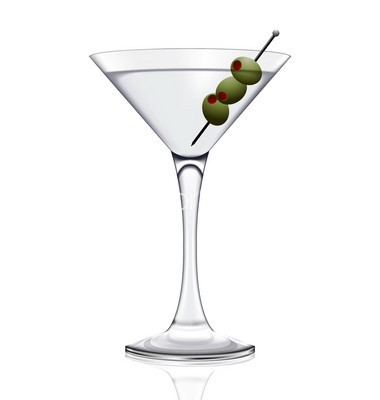 Woody Allen's Café Society is about as far away from current global realities as possible and that's exactly why it's grand. To be carried into his dream world of early Golden Hollywood Daze mixed with Brooklyn when the Dodgers were still there, is a cocktail that goes down as smoothly as the extra dry martinis served up at Les Tropiques, the swank El Morocco nightclub in the film.

Café Society is manna for the detail starved. Santo Loquasto, the Production Designer, is at his best with stunning, if not always authentic sets. The first Hollywood Hills mansion looks a little too modern for the era and Jesse Eisenberg's (Bobby Dorfman) motel room, a little too charming for the price. But it is all gorgeous. The lighting palette is varied and delightful. Star cinematographer Vittorio Storaro, who shot films like Last Tango in Paris and Apocalypse Now, captures the it beautifully.

This is a film where the details really soar. Jeannie Berlin as Bobby's mother has a vocal pitch that is kvetchy perfect and occasionally brings to mind the young woman who insisted on eating egg salad with her mouth open in The Heartbreak Kid. Ms. Berlin is now older and fully in control of her comedic skills.

If there were doubts that Jessie Eisenberg could carry a comedy, they will be banished with Café Society. His Ben is truthful and sweet, and as a Woody stand-in, neurotic in his own unique way; a way that doesn't preclude the possibility of becoming a man who will 'end up' successful, much the way Mr. Allen has in real life.

The film jogs back and forth between New York and Hollywood, with Ben's family providing a wonderful counterpoint to the glamour of life in California.

Mr. Allen's story telling is so well plotted that you seem to fly along with the characters' lives and that even when bad things happen, it doesn't feel so bad. His generous sprinkling of Yiddish throughout gives the story a slightly folkish quality, especially in the Brooklyn scenes. A young guy going on the road to finding himself, getting mentored, getting love, getting disillusioned and landing on his feet is classic and yet feels fresh because the world presented is fun and colorful.

Does the critique of Hollywood values reflect Mr. Allen's own distaste for the glitz? Probably to some extent, but the way he lovingly films that world shows bemusement more than contempt, and an acceptance that life is never 100 percent. Is he saying that a nightclub run by hoods is equivalent to a film studio? In both places you can make a killing and get killed. It may be an element, but mostly it's about dreams of love that never quite work out; "that special feeling" that never goes away, despite all the external changes you may make to forget her or him.

Mr. Allen may not deal with politics as such but he does give the characters a chance to face their own moral compass. Steve Carell dreams of leaving his wife and suffers for the dream. Decisions are not made without thought. The Jewish characters are not all alike; they don't have the same level of guilt, even in the same family.

The one bone I'd pick is that the story never returns to the escort Candy, (Anna Camp), who Bobby orders in his first lonely weeks in LA. Ben is shocked that she's late, not so gorgeous, a first timer and a Jew. All of that is funny and great as a metaphor for the prostituting of oneself in show business. Still, this Candy is a warm funny character doing something scary and we never find out her future. Perhaps she represents all the victims of Hollywood dreams.

That we have little real control of our lives is best felt in the nightclub singer's rendition of Rodger and Harts' Mountain Greenery. Mr. Allen has lived long enough to personally know that falling in love is beyond our control: In a mountain greenery, Where God paints the scenery, Just two crazy people together.

Café Society is a love story. It is ultimately Mr. Allen's love for life, despite his protestations.