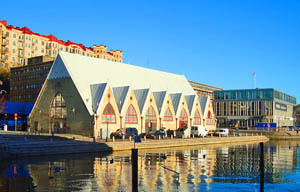 I was in Gothenburg Sweden recently just a few days after the US election. The occasion was the Annual Congress of the Association of European Conservatoires (AEC), which attracted some 350 delegates from 40 countries and 170 organizations. It may be called a European Association but the AEC also encourages and attracts leaders from conservatoires across the globe from Mexico and China, to Australia, Singapore and the United States.

Gothenburg is situated on the west coast of Sweden and is the second largest city in the country with a population in the metro area of nearly one million. It's a very beautiful city, founded in 1621, with a style of architecture in the old part of town heavily influenced by the Germans and Dutch (the fish market in photo above). The people are charming and the food, in particular the fish, really quite exceptional. My only challenge was the weather, which unsurprisingly for November was very cold and wet. It reminded me of why I enjoy Mediterranean living these days!

The annual Congress is always hosted by a member organization and this time the responsibility fell to the Academy of Music and Drama, which is part of the University of Gothenburg. It's a new academy founded in 2005 and now has 700 students studying the types of courses you would expect and some that you might be delighted to see developing like Music Improvisation, Folk and World Music. The students were very much in evidence during the Congress and we managed to hear them in different types and genres of music from classical to Middle Eastern. 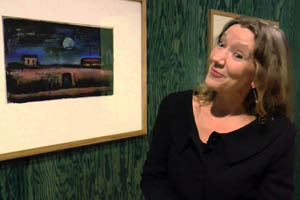 The AEC has a particular style and culture that encourages participation and debate with a gentle touch. Maybe this style comes from the President Pascale De Groote (in photo R), whose daytime job is Dean of the Royal Conservatoire in Antwerp. Pascale is a former dancer whose warm words of welcome and commentary seemed to trace charming pirouettes around the assembly. She is a remarkable force for good in the music world and her tenure as President, which comes to a close this year, has been a great success. The AEC had planned for us a serious and absorbing three days with the opportunity to meet new and old colleagues and friends around the theme "Diversity, Identity, and Inclusion." Given events on the global political stage this theme seemed to come almost from another time and yet it provided us all with the opportunity to see and discuss some truly exemplary projects and programs.

The Keynote speaker was the double bassist and improviser Anders Jormin whose talk really set the tone for all our discussions. He began by playing for us an improvisation based upon a Spanish folksong, which he embellished with colors and sounds I have seldom ever heard on the instrument. This is a musician at the height of his creative powers providing an innovatory path for the future of music. Then he began his talk and his arguments blended and improvised on the Congress' theme revealing its opposites of Uniformity, Conformity and Exclusion and then leading us to a resolution through Cultural Diversity, Cultural Identity and Ethnic Inclusiveness. His positive words, insights, and energy seemed to stay as a leitmotif throughout the Congress.

Then there were the formal sessions, run in parallel so as to maximize opportunities for total immersion. I found myself attracted to discussions on the Challenges of Refugees and how music institutions could address their problems. Two quite remarkable students from the Prins Claus Conservatorium Groningen--Setareh Nafisi and Rosie Taekema, who are both just completing their undergraduate studies--were the presenters. The exceptional and highly professional video, which they have created and presented to us with such passion, was totally compelling and illustrated the Congress theme in Technicolor. These two students and their new organization The World We Live In deserve serious attention and the Prins Claus should receive many honors for encouraging such innovation and creativity.

There were several similarly inspiring sessions such as More Music in the Classroom. This presentation focused on an innovative Dutch program that is returning the joys of singing to kids at elementary schools. I confess that I was not aware that such a simple and yet essential part of growing up had been withdrawn from nearly all the schools in Holland. The Director of this new program, Jantien Westerveld, has somehow managed to galvanize support from the great and good in her country through what I can only describe as sheer determination. She has managed to bring Dutch Royalty and a major corporate donor together to garner the necessary financial support as well as activating children, parents, teachers, musicians and even the government around the impact and power of singing in the classroom. I hope that this program will have long-term sustainability.

The many other programs that excited me during the Congress included Beyond the West, Beyond the Classical, and The Musician as Creative Entrepreneur which both challenged orthodoxy and shared new models of practice. And surrounding all of these formal sessions were the creative collisions of networking, discussion and debate. And it was then that it dawned upon me:

There were, in fact, two Conference discussions happening. One was in the Bubble of the Congress agenda and theme, reassuring in its structure and familiarity, redolent of tradition and history and now with the much-needed spice of new ideas and new developments. And the other was contained in conversations over coffee, dinners or a glass of wine. This conversation was about the geopolitical situation the World now faces, a time of major upheaval which seems to have the potent force of a historic change to our assumed trajectory. The US election that week was seen as the clarion call to arms for what has been described as the Populist movement, loosely defined as those totally opposed to the establishment, its social and economic elites and values.

The US election and what this might mean for the future was central to discussions. This was added to by all the Europeans talking about the seismic shift in politics across their continent. This shift is most definitely to the Right as evinced by Slovakia, Poland, Hungary, Austria, and the yawning chasms appearing with the forthcoming elections in France and the Netherlands. Even Sweden, that great bastion of Social Democracy, was not free from the rise of a third party on the Right. Italians talked about their Prime Minister's act of foolishness in calling for a referendum that might well further destabilize the EU and, indeed, on December 4 voters soundly defeated him and forced his resignation. And, of course, everyone was worried about the widening cracks to the structure of the EU created by BREXIT. Discussions were intense and concerned. But these Global political issues never found their way into the formal Congress sessions, which stayed within the Bubble. Until that is, the last session of all, the Congress dinner. 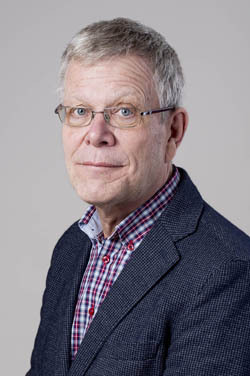 The Congress had invited a local official to give a brief address. He was not mentioned in the Congress materials but I later learnt that he was Staffan Rydén head of cultural affairs of Region Västra Götaland. He was magical because with him the Bubble finally was blown away. We all sat at our places acknowledging that we are at an inflection point in the World's history, that things are about to change in ways we can't imagine as yet, and where long received and treasured values may be a thing of the past. Our speaker, with a quiet delivery devoid of any histrionics or colorful exaggerations, spoke of this time in our history as being about exceptional democratic change. But, he said, this change feels as though it has produced incompatible ways of looking at the world and its needs and at democracy. We now seemed to be faced with intolerance and exclusion, with a lack of analysis and a hatred of facts and experts. He did not predict where this would lead. He merely articulated for the whole Congress what we had all been thinking during our three days together. Is this Brave New World or the nightmare that only extreme politics can provide? The theme of the Congress was still very apparent and alive during his short speech--Diversity, Identity, and Inclusion. He quietly said his most important and most intelligent words, not reassuring us but allowing us to breath the cold air of reality. The Bubble left us as the chills of the Swedish night touched our blood.