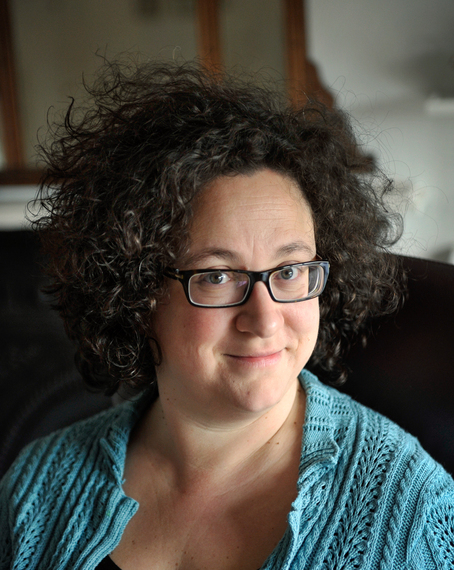 Sophie Hannah, a British poet and novelist, is an internationally bestselling author of psychological crime fiction. Her novels have been published in 27 countries and have featured the detective couple, Simon Waterhouse and Charlie Zailer. In 2013, it was announced that Hannah would pen an Agatha Christie novel featuring Hercule Poirot, the first new novel in 38 years to feature the world famous detective. The decision to write the novel was endorsed by Christie's estate and publisher.

The Carrier, Hannah's just released novel, begins when Gaby Struthers's plane is delayed overnight. She is forced to share a hotel room with a young woman, Lauren Cookson. Lauren tearfully reveals to Gaby she is responsible for an innocent man being sent to prison for murder. Gaby soon suspects Lauren's presence on her flight isn't coincidental because the murder victim is Francine Berry, the wife of the only man Gaby ever truly loved. The mystery begins, and Simon Waterhouse knows there is far more to this case than first meets the eye.

Your psychological crime novels have been described as intricately plotted mysteries. How do you go about constructing a mystery novel?
I usually start with the first idea I have. At the very beginning of the story, I ask myself what mysterious, intriguing and apparently impossible scenario can I construct around an idea that seems to defy explanation? Alternatively, I'll have a great idea for a solution to a mystery. I'll think of a brilliant twist for what turns out to be the truth; then work backwards. So I start out with either an intriguing situation or an amazing conclusion. I never start writing the book until I know I've got the story to attach to the idea. If the first idea is the opening of the mystery, then I need to know I've got a credible and exciting solution. I wouldn't want to risk starting a novel with a really outlandish and mysterious idea, and then find it's so outlandish there's no way out of it. I don't want to start writing and hope I'll find a brilliant twist to solve the mystery. Whichever one comes first, I'll wait until the other occurs to me.

Once I've got my starting and end points, the story begins fleshing itself out. The weirdest thing is I'm never actually aware of making it up. As I go along, the idea just progresses. It feels as though the various ingredients drop into my head just in time for me to be able to write the book. I think it's partly because I've been writing fiction for so long, I feel as though I've trained my sub-conscious. It "knows" it has to come up with ideas. It's as though my sub-conscious has become primed in some way.

You've written poetry, children's books, crime fiction, short stories, a Hercule Poirot novel, and supernatural novels. How do you decide which genre you will do at any time?
My main genre is psychological thrillers. I prefer writing about dysfunctional people rather than dysfunctional ghosts. The Poirot novel was something that never would have occurred to me. In fact, my agent had the idea for it and the Agatha Christie estate thought it was a good idea. I really enjoyed doing the Poirot novel. It was a different kind of book for me; it was a Golden Age detective story. But, my staple product is psychological thrillers. I'm really interested in the ways people create problems and dramas, once all our basic needs have been met. Once we no longer have to worry about putting a roof over our heads and feeding our families, we have free time to really mess up our lives. I believe they're called First World problems (laughter).

Will you continue writing Hercule Poirot novels?
I wouldn't be at all surprised if that were to happen. Nothing's been officially sorted out, yet. I think there's a chance it will happen.

Were any restrictions or requirements placed on you when you undertook that project?
No. I think that's because when I had the first meeting with the people representing the Agatha Christie estate, they asked how I would approach it if they were to ask me to write a Hercule Poirot novel. It was absolutely clear I had no intention of doing anything radical or revolutionary with the character. I just wanted to write a new case for Poirot. I didn't want to change him or do anything experimental. I wanted want to write a traditional Poirot story. That was exactly what the family was hoping to hear. So there were no restrictions at all. I must say I certainly felt I was inspired by Agatha Christie. The book that emerged, The Monogram Murders, was a very different book from my usual staple. I would like to think I was being helped from on high (Laughter).

You've published volumes of poetry and successful novels in various genres. What has surprised you about the writing life?
It surprises me it's never become routine. You'd think after writing my twelfth crime novel, I'd be able to say, 'Okay, this is what happens, and it's all familiar.' But, it never works that way. The beginning of writing each book always feels like a terrifying new adventure. It's very challenging, and there are difficult hurdles to face. I think that's because I'm quite ambitious in what I write. I would hate feeling I was churning out the same kind of thing. I guess I could write novels that would make my life much easier, but I always want to break new ground within the crime genre. So, it's always scarier and seems harder with each new book. I think that's what's surprised me most of all.

What do you love about the writing life?
The thing I love most is the creation, the invention of these stories. I love getting an amazing idea and then writing a plan to execute it. I love planning--designing the story, like an architect designs a building. I love getting the structure to work properly. There's a kind of mathematical satisfaction in that. I love the puzzle element of crime fiction.

Who were your earliest influences in poetry and fiction?
In fiction, it was Agatha Christie. She was my first favorite writer. I loved her books and read them all by the time I was fourteen. In poetry, it was Wendy Cope. She writes poems that rhyme and make sense. I also love Edna St. Vincent Millay.

Whom do you enjoy reading now?
I'm a big fan of Tana French. I've just discovered Lisa Gardner. I really like Jesse Kellerman's books. I think he writes unusually clever crime novels which I find very satisfying. I always look for gripping and well-written crime novels.

What's next for Sophie Hannah?
My next book, coming out in August, is Woman with a Secret. It's about a respectable wife and mother, who's living a very dangerous, secret double life.

Congratulations on writing The Carrier, winner of the 2013 Crime Thriller of the Year award at the UK National Book Awards.