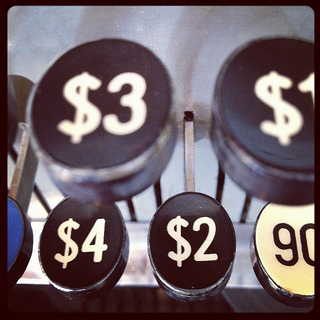 The crowded field of crowdfunding just got more crowded and more controversial. You've heard about Kickstarter, IndieGoGo, GoFundMe and Razoo. Crowdfunding platforms now number in the hundreds. You can crowdfund your movie, album, hospital stay, birthday, or social good project. Now, there's equity crowdfunding. It might just be startup heaven or startup hell.

With the crowdfunding platforms you've heard about -- like Kickstarter -- contributors to a project get bragging rights, perhaps a gift, perhaps a DVD or product prototype, but absolutely no equity in the project or the company making it. That means if you give money to a film, music video or album, you do not become an investor in that project, only a "backer." It feels good. But it's not an investment.

That is changing, fast, as equity crowdfunding charges onto the stage. There are legal hurdles to clear in the U.S., but several platforms have already launched. The bigger players now are Circle Up, Earlyshares and Upstart. Angelist has started a equity crowdfunding platform of its own. In Europe, FundedByMe is live and online. What does this all mean a start up company?

First, a definition: Equity crowdfunding means that you can become a partner in a company, venture or product and get "a piece of the action" if that's what the creators or founders are offering. It opens the field to both experienced and inexperienced players. It lowers the bar to entry for startup companies that once were vetted (or tortured, depending on your point of view) by venture capitalists.

Once upon a time, if you wanted to start up your start up, you needed to bootstrap it with your own cash, ask your rich uncle for funds, or trade away a chunk of your creation to venture capitalists with high expectations. Angel investors -- even their name sounds kind -- nevertheless also make demands on the startups they back. Demands are a good thing. Startups need to ship. They need to budget. They may burn cash at the start, but they need to turn it around within a timeframe specified by their investors. This is all part of being a grownup in a world currently dominated by extremely talented and extremely young people, some with little experience in running a company.

Venture capitalist board members, hired-gun CEOs, and CFOs for rent all help buffer the chaos. Some argue, that equity crowdfunding will cause the crazy making floodgates to open, the inmates to run the asylum, and startups will crash and burn.

I don't think so. For one thing, this is not a freestyle event. There are rules. There is a community. Everybody talks to everybody else. You have to apply to list your startup on CircleUp, and they say they only accept 2 percent of companies that apply. Upstart, founded by former Googlers, applies an algorithm (what else? they're from Google, after all) to determine your funding rate and, by extension, your potential for success. You need credibility to play the startup game at all -- a former position at a well-known company, a graduate of Y Combinator, a trust factor. Think of eBay, to take the example often given by Kevin Lawton, a proponent of equity crowdfunding, and co-author of The Crowdfunding Revolution: How to Use Social Media to Raise Venture Capital. Sure, there are scammers on eBay, but they don't last long because the community ostracizes them. It's a self-correcting system. (I recently did a Q&A with Kevin that we posted to SoundCloud. Have a listen at this link.)

It's a brave new world out there for startups.

I am hosting a webinar specifically focusing on crowdfunding for startups. As part of my Digital Fundraising School project, I'll be doing a Q&A with Pranam Ben of The Garage, a a technological hub for innovation headquartered in Orlando. Learn more about the webinar.

Photo by You as a Machine via Creative Commons License.