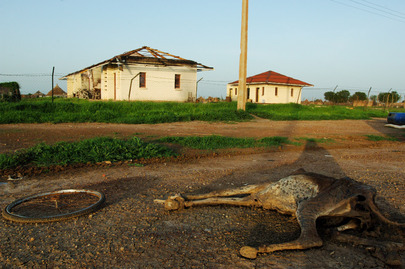 Inquisitions to current day intolerant extremists, life and resources are wasted with perverted extravagance. Difference and deviance have become the most frequently employed rationale to persecute, punish and kill. Nationalism, Religion and God(s) are (mis)-employed to justify, even mandate persecution, killing and war. Most of us could be victims of such forced orthodoxy -- undoubtedly, any of us would be misfits in one society even as we "fit" in another.

Difference is projected by some elite as a danger to social fabric, but in fact this frequently is not much more than to enforce a social order that insulates their authority from question and allows exploitation. Societies that are geared toward the most stringent orthodoxy frequently also are ruled by the most decadent: this applies to all cultures and religions, including presumably the non-religious as today's North Korea or yesteryear's Stalinist Soviet Union exemplify. While rulers and preachers rail against sexual immorality, their children suffer hunger that could be remedied with more equitable distribution of a nation's resources. Christian, Jewish, Hindu, Buddhist or Islamic extremism rationalizes itself by projecting the threat of deviance/difference whether labelled as heretic, apostate and/or "non-believer." -- See today's persecution by Myanmar's "696 movement" which targets minority Muslim and Christian populations as contaminating the traditional Buddhist society. Aung San Suu Kyi -- Silence to Genocide?

In the Holy Land, claims to the land are made to the exclusion of another solely based upon religious/ethnic peerage. The conflicts spilling over from Syria into Iraq and beyond have transcended from political dissent to sectarian bloodbaths. Both the current authoritarian regimes which seek perpetuation, and presumably religious extremist opponents rationalize increasing brutality and extermination on self-serving interpretations of theology and ideology.  In Africa, the war on sexual orientation has been enthusiastically added on to wars against everything from albinos to persons of different tribes or a small variation in skill color -- as examples -- Uganda, Central African Republic and Sudan(s). Social media has become a path to greater mutual understanding and respect but also as means to attempt to enforce despotism.

Most of the world's great religions were introduced to fellow man by individuals viewed/attacked as deviant: Moses, Buddha, Jesus, Mohamed. Some of the "Great Prophets" had to flee persecution and others were martyred. It is indeed ironic that in the name of these Prophets/Religions some of the most brutal decadence -- mass killing, torture and persecution has been exercised. -- See: Religion Cause for War?

Most Arrivals in America(s) were Refugees:

In the New World, the institutionalization of the war upon the deviant has had to overcome a historical tide. Most came seeking refuge: they were persecuted as deviant in country of origin, from the Pilgrims to Asian-Americans to Jews escaping pogroms and eventually the Holocaust. Despite the intolerance and persecution directed at African Americans, Hispanics and Native Americans, most living in the New World are compelled by their own trek to see society defined as melting-pot and tolerant of differences, even if grudgingly at times. 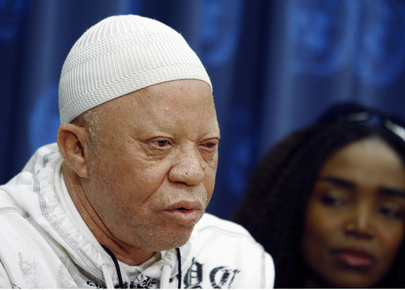 Humility does not Equate to Modest Intellect or Patriotism:

ISIS leader Abu Bakr al-Baghdadi purports righteousness but fails in its most defining quality of humility. Claiming God or truth as your own to exclusion of the other is an exercise of decadence as well as intolerance. Social media has become a path to greater mutual understanding and respect but also as means to attempt to enforce self-appointed authority. Religious zealots have resorted to posting cutouts of the Quran or Biblical Testaments to the exclusion of more comprehensive readings in a not subtle effort to project Divine authority.  Religious extremists of all ilks do lean similarly with a gun in one hand and a holy book in the other to rationalize its use. Some self-proclaimed "patriots" of various countries and ideologies employ overbearing flags and state symbols as part of their social media profiles. Monolithic identity as well as views are represented as mandatory for loyalty and godliness.

The current conflicts in Gaza and Ukraine reflect a calculation by belligerents of civilian victims as political currency. As the UN Ambassador, Foreign Minister, and negotiator on behalf of Bosnia & Herzegovina during the 1990's conflict, it was an ethical dilemma to how and if the suffering of citizens would be projected as part of the media and diplomatic battle. I always tried to question whether projecting the dead, maimed and bereaved would be exploitative. In most instances though, the greater sin would be to allow the suffering of the living and dead go unnoticed -- the last stage of victimization is to be ignored and forgotten -- ask the Syrians, Rohingya, Ogaden Somalis, and so many others whose plight appears without end and largely suffered in media muteness. Ignorance and silence is a luxury that neither observer or victim can afford even if the option to act has to be thoughtfully considered. Finally, a true leader should first be prepared to compromise on ideology rather than risk sacrificing the lives of citizens.

Identity is Part of Who We Are, but Does Not Define Us or our Contribution to Society: War in the name of country or particularly God is a fundamental contradiction. Before we identify by religion, ethnicity and/or nationality, we are all "God's Children" or Global Citizens, if you prefer. When I came to the US as a young boy, I enthusiastically adopted and adapted to my new American identity. I was elected by classmates to our Student Council. American football became my sport. I opted for a football scholarship to Tulane University over admission to Harvard. I became a student of American history, but I also proudly held onto my religious and ethnic roots. I saw such as both consistent with and part of a diversity that America has celebrated as well as benefited. My ID card and name would surprise some who expected someone different, or more accurately one that fit their preconceptions based on blonde and blue eyes. Identity is part of who we are but not our boundary. From art to science, the emigrant and deviant has been an out-sized contributor, and frequently patriot.

Religious extremists too frequently see new ideas, art, music, film or even medicines as deviant and dangerous but are only too eager to grasp the newest weapon. Social media has been grasped as tool to exchange news and ideas and promote mutual understanding, but it is also employed as means to instill hate and fear of the other. Deviance is in the innovation but decadence is in its use.

Returning to America: My work on behalf of Bosnia & Herzegovina frequently took me on long flights abroad. I understood my work on behalf of BiH to be also a defense and extension of American values, particularly as both societies are founded upon pluralism and have benefited from diversity. In flight, my identity was a personal amalgamation but upon landing I had to use either my American or Bosnian diplomatic passport. Flying, I was most me! Love this tune by a great band with a touch of musical decadence: 7Horse rocks to "Flying High (With No ID)!"