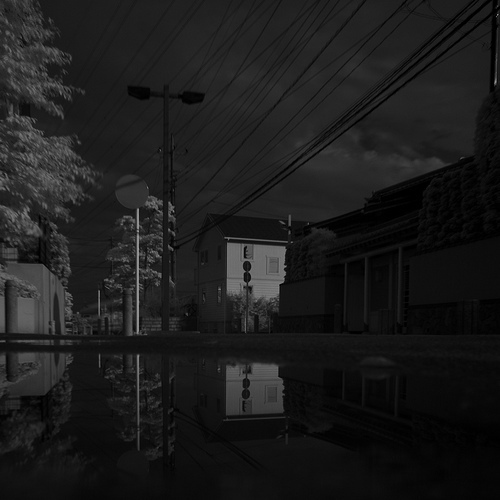 There is magic even here, in gridlock, in loneliness, in too much work, in late nights gone on too long, in shopping trolleys with broken wheels, in boredom, in tax returns, the same magic that made a man write about a princess that slept until she was kissed, long golden hair draped over a balcony and fingers pricked with needles. There is magic even here, in potholes along back-country roads, in not having the right change (you pat your pockets), arriving late and missing the last train home, the same magic that caused a woman in France to think that God spoke to her, that made another sit down at the front of a bus and refuse to move, that lead a man to think that maybe the world wasn't flat and the moon could be walked upon by human feet. There is magic. Even here. In office cubicles.

The picture and words in this poem appear in the book I Wrote This For You. Photography © Jon Ellis.