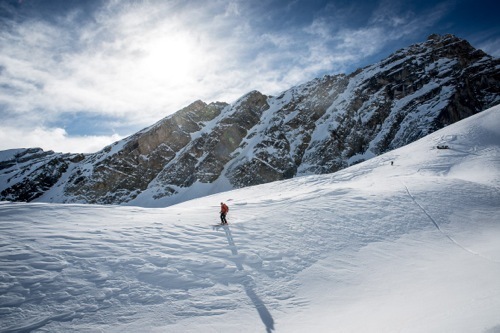 It was an awful year for snow. Well, at least it was in the west, and the results for some hills were pretty dramatic. Most resorts across western North America received significantly less snow than usual. Many closed early, like Sierra-at-Tahoe which was forced to close in mid-March, six weeks earlier than last year. Most resorts expected to close earlier than usual.

I’m not the kind of person who likes to say that something is “perfect” or “the best” because those are very subjective terms. That said, one ski area this year found itself on the winning end of a few unique circumstances that make it particularly awesome for spring skiing -- maybe the best. The area was spared from the snow drought that plagued the nearly the entire western half of the continent. Jasper, Alberta actually received more snow than normal, and it’s still snowing. 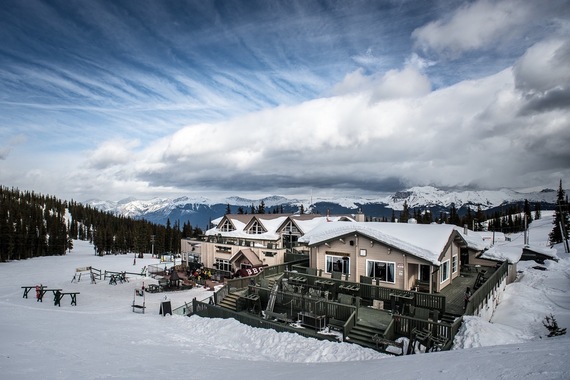 Marmot Basin is a mid-sized resort in Alberta, about 150 miles northwest of Lake Louise and Sunshine Village in the middle of the sprawling mountainous Jasper National Park. The resort isn’t as well known as it’s neighbors not because it’s any less pristine, but because it’s more remote.

But this year Marmot Basin’s location has worked to its advantage. It’s one of the few places in on the western half of the continent that received more snow than usual this winter. The hill has already surpassed its annual average of 158 inches by more than a foot, and at the time I wrote this had just received another three inches in the last 48 hours. 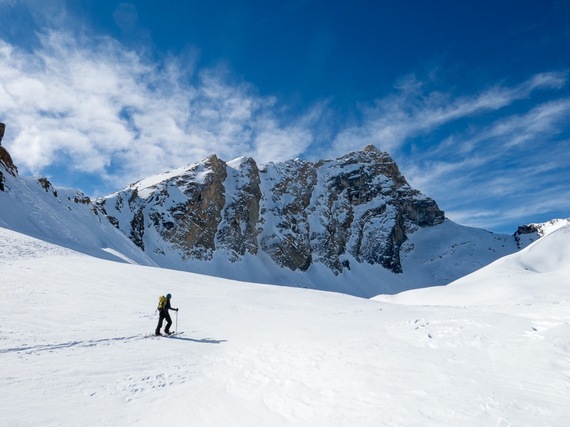 Jasper National Park is 4200 square miles of sprawling mountains and the area around the town of Jasper sits at around 3500 feet. That means it gets cold early and stays cold cold all winter, resulting fine, light snow.

The opportunities for backcountry excursions around Jasper are endless. Utah and Colorado have large populations of backcountry skiers and snowboarders who scour the road accessible slopes around the cities and there's some competition for the most coveted slopes.

Jasper only has about 4000 residents, the closest cities are hours away, and the backcountry options are so numerous (the town is literally surrounded 360 degrees with miles and miles of mountains) that you’re almost certain to find an untouched pitch if you’ve got a knowledgeable guide and are willing to go the extra mile.

The ability to find fresh tracks here relies only on the seekers determination.

The peaks in the area are also dotted with backcountry cabins available for rent for multi-day tours.

**Backcountry travel is dangerous and should only be done with experienced supervision. 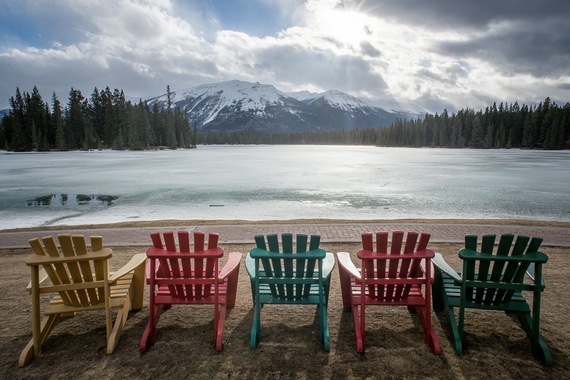 There are also more practical reasons that Jasper is a good destination right now. First, Jasper is busiest in the summer. The town is built to handle a huge influx of tourists during peak season, but right now is a slow time of year, which means off-season hotel room prices and Marmot Basin’s spring special lift ticket price of $64 (which starts on April 13th)

And there’s a bonus for Americans. Right now the US dollar is was very strong. One greenback buys around $1.20 CAD, meaning the $64 CAD lift ticket costs about $50 USD.

You can’t argue with that.

Rockaboo is Jasper’s outdoors adventure specialist shop. They offer ski, rock climbing, and ice climbing guiding services as well as avalanche skills training, and they are very serious about safety. My guide was a fellow named Steve who has been working in outdoors safety for over 20 years and is one of the Park’s most trusted avalanche specialists. I couldn’t have been in better hands.

This is the best list I could find of the backcountry lodges in Alberta, including those in Jasper. Hostelling International also runs a few cabins popular for ski touring, so it’s worth looking at their website as well if you want to book one.

This place is an outdoors lovers dream. It was the largest sales and rental shop I saw in the city. If you’re looking for technical gear in Jasper -- from splitboards to crampons to avalanche airbags -- they probably have it.

Owned by Fairmont, the Jasper Park Lodge is the town's most historic hotel, having first been the site of a railway worker's camp and the shore of the beautiful Lake Beauvert. The lodge mixes luxury with the Jasper backwoods adventure sensibility with well appointed, yet rustic, cabin-style rooms.

It's always worth checking out the discount ticket vendor Liftopia, who works with Marmot Basin, to see if they have any inexpensive passes in stock.

Disclosure: My visit to Jasper was a work trip to create content for the Jasper.Travel blog. The materials in this post were created while working on that project, but this post is not connected to my paid work there. I just think Marmot Basin has some amazing spring skiing right now.

This post was originally published on my blog here