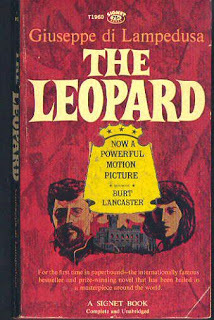 Let's say you're given just a couple of days, a week at most to live. It happens all the time. People go to the doctor and get bad news, a lousy prognosis while the rest of us are deciding whether we are going to have fish or meat for dinner. But let's also say that you can't get rid of the longing for attention that has always dogged you. Do you think you still have time to get a book out of this and will it be a novel or one of those non-fiction accounts, in this case of your short lived battle with chronic illness? Maybe if it's a memoir you'll deal with this very tendency to experience grandiose fantasies even as you're on the brink of non-existence. Perhaps you'll title the book The Narcissistic Pursuit of Narcissism; in spite of your years of self-involvement you'll be praised for a relentless search for attention that dogged you right to the grave. In the book you'll describe how you put off dying for several hours or even a half a day so that you could complete the last chapter which was a summary of all the things you were never appreciated for. You'll describe how your last breathes were given up to the hope of posthumous fame. Part of what will be driving you will be the fact that there's a certain cachet to being an artist or writer who'd not discovered in his own life time. Even though he was an aristocrat, Guiseppe di Lampedusa had trouble getting the attention of the Italian literary establishment and The Leopard, was only published after his death. And he wasn't the only one. The photographer Vivian Maier only achieved renown after she'd died. You realize your death is going to be your big opportunity and you throw yourself into the endeavor, refusing to see any loved ones, whose ministrations might impinge on your writing time. You decide to be an objective observer and keep six degrees of separation from your own end. The only rub is that you'll never know if your sacrifice pays off.

{This was originally posted to Francis Levy's blog of rants and reactions to contemporary politics, art and culture}