We've all heard of the billion-dollar technology companies that were created from college dorm rooms. These young, hipster entrepreneurs seems to be where all the attention is focused on, especially with the release of Hollywood movies, such as The Social Network and Jobs.

But there's been a rise of a new -- and dare I say, modern type of entrepreneur that you may not have heard of.

It's called The Lifestyle Entrepreneur.

The term was coined by Lewis Howes, a former pro athlete, author, and of course a lifestyle entrepreneur.

Lewis has a captivating story behind him, and when I heard it, I had to reach out.

Here's a snapshot of Lewis's story. 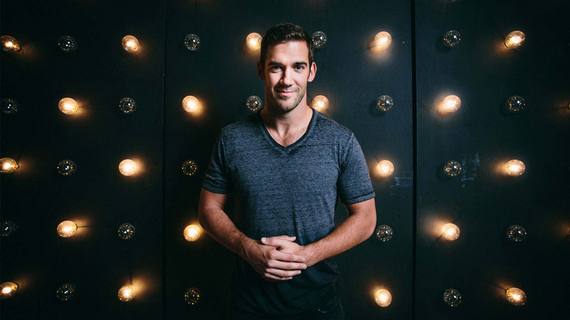 In 2008, when Lewis was playing professional football, an injury led to him having surgery on his wrist. There wasn't anything he could physically do, because of the cast on his arm. With no back-up plan, savings, or a college degree to support him, he ended up sleeping on his sister's couch for a year. What's worse was that it was the time of economic crisis, where people with credible experience were losing jobs left and right.

All Lewis had was a laptop and the Internet. But that was all he needed. Even though Lewis will never play professional sports again, he still possessed the characteristics of a professional athlete. Lewis left his professional football career behind him and embraced the new world of business. With pure hustle and gumption, he began connecting with everyone he could on the professional network, LinkedIn. He initially did this to find a job in the sports industry, but as he rapidly expanded his network, Lewis realized there was a bigger opportunity.

Less than three years later, Lewis's "lifestyle" business was doing $2.5 million in sales. More importantly, it was a business designed around his life, not the other way around. Lewis was recently recognized as one of the Top 100 Entrepreneurs in the U.S. under 30, by Empact 100 and President Obama, and one of "5 Internet Gurus Who Can Make You Rich," by Details magazine.

In the following interview, Lewis reveals his tips on building a business around your lifestyle, what he would do if he started over again, and more.

Sean: You have such a fascinating story about how you got here today. How important is having a story to an entrepreneur's success?

Lewis: Having a story is what people connect with, but the story alone doesn't allow you to achieve greatness and results. It's the day to day consistency of providing value to your audience. I think I just care about people and I have a mission to support them to succeed. The receiving is in the giving. The more I give, the more I get.

Sean: Why do you think there's been such a rising trend of lifestyle entrepreneurs in last few years?

Lewis: I think Tim Ferriss led the way with lifestyle design, about building a passive income business to work less and make more, and to create a system to make it work. It led the trend for these people and created a possibility for people. With the economy of 2008 and 2009 going south, people faced a lot of obstacles. Obstacles creates opportunities, and people got creative. They find out new ways to make money, and they discover that they can make money around their passion. So I think that's been the rise of the lifestyle entrepreneur. It's because of the economy, other people's success around it, and a shift in the awareness.

Sean: I'm curious to understand how someone without experience can get started. If you had to start again today. What are the initial steps that you would take to build your business knowing what you know now.

Lewis: I would focus on two things:

1. Become an expert on something, and letting other people know that you're an expert without bragging.

This can be done by creating unique content, speaking on trade show events, guest posting on popular sites, writing a book. Creating content around this topic that will support you as an expert.

Have a place online where you can collect an email list, and focus your efforts on building that list. This is how you would be able to sell directly to your consumers through those emails. It's where you can create information that will serve them, and support them. From there, you can create products/services to sell to them.

Sean: You're specialized in LinkedIn Marketing because of the countless hours you spent learning LinkedIn, which made you an expert. Do all inspiring lifestyle entrepreneurs need to become an "expert" in a particular niche to be successful?

Sean: How do you quickly test something and identify the potential of a niche/product?

Lewis: The first thing you need to do is see what is online already, and do some research online. Let's say you want to enter into the fitness world, there are a lot of gurus online and offline in the fitness world. Figure out which one you like the most. Do you like the person that does more personal training, online training, someone that creates DVDs, or someone that is a consultant for companies? Just figure out who's doing it well and emulate that process.

Sean: Do you plan on doing what you're doing in the next five years?

Lewis: I have a vision for what I want. I used to have a vision for wanting to play in the NFL and my vision shifted once I got injured. Now I want to do whatever feels best to me in the moment. Right now, it feels great doing this. I'm having a lot of fun doing what I'm doing, and I'm able to serve a lot of people. Whatever creates the biggest impact, for myself and the world. If this is what that is in the next 5 years or even 10 years, I'll be doing it, as long as it supports both me and the world.

You can learn more about Lewis by visiting his website at Lewishowes.com

Check out The Growth List for more inspiring articles, interviews, and more.