To a first approximation, American political history before the 18th century is British political history. As most American schoolchildren know, in the 17th century, John Locke crystallized the idea that human law should reflect Natural Law, but the idea that Law must serve the well-being of the people on whom it is imposed goes back at least to the Anglo-Saxons.

Since tyranny must shape to itself both the law and the political institutions of its day, it stands to reason that when a governing elite has gone too far in abusing its power, the fight back for liberty by the people at large does not start directly in the political realm or in legislation, itself.

Throughout history, changing a country's politics and statutes has been the final goal of forceful popular attempts to contain power, but mass-refusal to accept political abuses has always begun in the culture. "Culture" is a vague term so let us define it as the sum of actions of the citizens of a country, the attitudes that drive their responses to events, their expectations of what they may do and the memories of what they, and perhaps their ancestors, have always done.

The founding of the United States is just one example of this process. In 1776 (American Independence), as in 1689 (the original Bill of Rights), 1628 (Petition of Right), 1215 (Magna Carta), and even 1014 (Anglo-Saxon Charter), freedoms that citizens already believed they had were codified and concretized to shape political institutions. And in each case, this shaping of political entities with the purpose of increasing or protecting the rights of free individuals that were already recognized in the culture has been invariably triggered by the over-reach of the country's governing elite (or, at least, part of it). 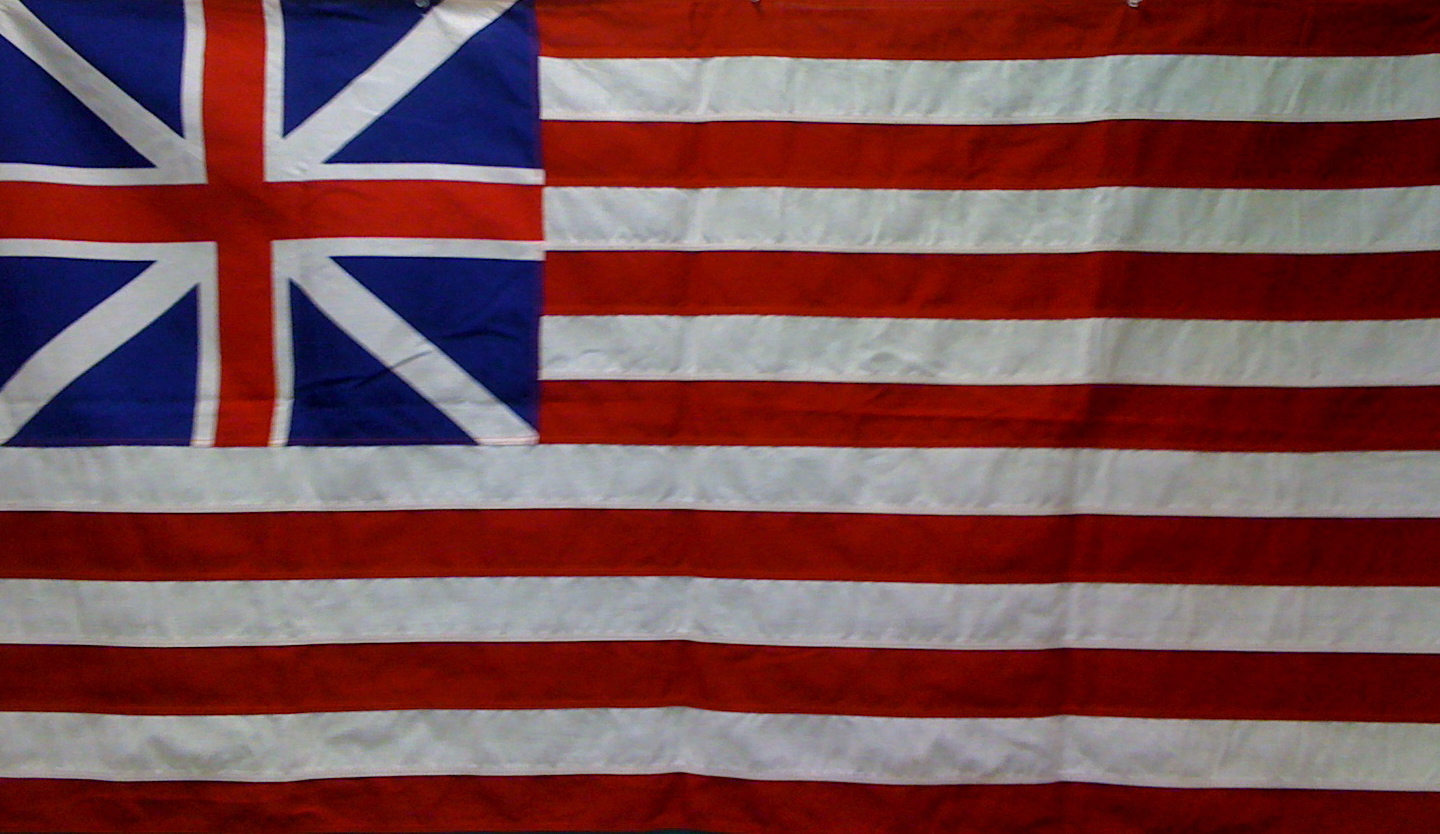 As William Pitt the Elder, statesman and former British prime minister, said as he spoke against the Stamp Act in the year of the American founding.

I rejoice that America has resisted. Three million people so dead to all feelings of liberty as voluntarily to submit to be slaves would have been fit instruments to make slaves of the rest[of us].

This reflects the interesting fact that the attitudes that drove American Independence were found not only among the colonists. They were as prevalent among their British compatriots in the "motherland", born from and into the same Anglo culture.

Pitt's use of the word "feelings" is telling. Feelings are not defined in law or carved over the doors of our most important state building. Rather, as Pitt was acknowledging, they are the sentiments that drive political change, reflective of the prevalent attitudes and expectations in society.

In fact, in the Anglo tradition, the political elite has explicitly recognized that the feelings and expectations of the people are the ultimate limits on its power, and has conceded as much when it has had to negotiate with the people that it governs. The Magna Carta, various coronation declarations going back even as far as a millennium, the Petition of Right etc., all refer explicitly to the "customs" of the people - those freedoms that the people have a right to expect simply because they are commonly asserted and have been enjoyed for so long. These customs exist in the minds of the people, defining, albeit fluidly, the boundaries in which (earlier) kings and (now) politicians must confine themselves if they are not to risk a popular backlash that makes governing impossible.

The modern liberty movement must take heed of this lesson of history: large-scale popular movements against power are triggered not when enough people see in that an abstract right has been taken from them - but when enough people actually experience their everyday lives as being impinged upon.

Put another way, it's when Power offends our cultural freedoms - not our political liberty - that we rise up against it.

Why else have both the Left and the Right in our time sat relatively silent as our rights to due process, privacy, and free speech have been removed by such legislation as the Patriot Act and the NDAA, and yet become very vociferous over our right to smoke weed (on the Left) or own guns without restriction (on the Right)? The answer, at least in part, is that smoking and/or guns are part of the culture for many Americans, so government overreach into those areas actually feels like a personal infringement. In contrast, removing your right to due process doesn't feel like anything until you need due process, and invading your privacy doesn't feel like anything if you don't know that it is even happening.

Independence Day make many of us feel patriotic. That term originally meant loyalty not to a cause of separation from Britain, but to the very ideas of liberty, worked up through an Anglo tradition of many hundreds of years, distilled marvelously in our Constitution. These ideas, filling coffee-shop conversations everywhere, even in the 18th century, constituted a kind of cultural norm, and were shared by Britons on both sides of the Atlantic.

True patriots today are committed to the same ideas. That subset who can fairly claim the spirit of American Independence are the few who will put their own well-being at risk to defend them.

One of them is Edward Snowden. His revelations have altered American political discourse by changing the everyday American experience of sending an email or a making phone call from one of privately communicating with a loved to one of sharing one's life with the State. Mr. Snowden's importance is less that he has told us anything new about the massively invasive power that government has assumed for itself since (at least) 2001. (There are myriad accessible articles about the Patriot Act, NDAA etc. and their implementation that anyone could have read any time in the last decade.) He has, in fact, done something much more important: he has turned our government's violation of our political liberties, which most of us know only as words on a document, into a felt violation of our cultural ones, of which we can feel as we go about our lives.

And when enough people feel that way, drawing on their customs (attitudes and expectations) of liberty - not on their political institutions - they push back, forcing legislative and political lines to get redrawn in a manner that reclaims the liberties that have been lost. As per the list of dates above, it has happened throughout history. And it happened in 1776.

The Founders were not ideological revolutionaries. They were, every step of the way, acting in the Anglo tradition of liberty, a tradition that the British elite in that time was failing to respect, as our American elite fails to respect it now. Their "revolution" was therefore a culturally-rooted resistance to a violation of the customs of that very same culture, but its outcomes were, as intended and as always, profoundly political.

Until now, our government, or as they style themselves, our governors, have managed to take away so many of our political freedoms without too many people feeling a thing. Snowden's revelations are important inasmuch as they have helped turn the overbearing reach of Power from a legal and political abstraction to a felt reality in our lives.

On Independence Day, it is appropriate to let ourselves be inspired by the simple fact that Snowden is American. Snowden as much comes out of a culture of American Independence as he contributes to it. Don't think that the Chinese, Russians, Iranians and French states, for example, aren't doing all the things that the Americans are - or that, at least they would if they had American resources and power. But Edward Snowden isn't Chinese, Russian, Iranian, or French. Perhaps that is no accident. Perhaps it is worth celebrating the fact that there is still enough of the founding, independent, spirit of these United States left that caused one of its sons not just to hold to its founding values, but to do something about them.

The American liberty movement is understandably pre-occupied with law, policy and political institutions. All of these are of course profoundly important. But the real game is in people's minds. If we can strengthen our culture of freedom by telling the truth about where we stand today, contrasting it with our rich tradition of liberty, and thereby stimulating that healthy sense of "how dare they?", then the politics shall take care of themselves. Repealing a bill is hard for you or me to do. Getting people to care is not. Snowden has gotten many people to care. As Bill Clinton said, "There is nothing wrong with America that cannot be cured by what is right with America."

On this Independence Day, God bless England, America's crucible; God bless Snowden and every other true patriot, and God bless the United States of America.