When Walt Disney opened Disneyland in 1955 he said, "Disneyland will never be completed. It will continue to grow as long as there is imagination left in the world." Well, the same thing can be said for Walt Disney World. All four parks have changes coming to them; albeit to different degrees. 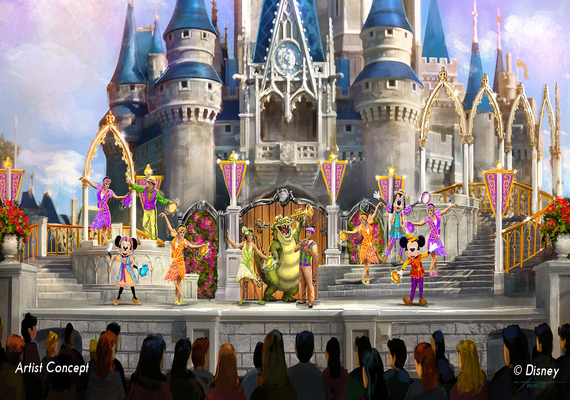 Disney's Magic Kingdom
In the Magic Kingdom, the live castle show Dream Along with Mickey, which was a guest favorite since it debuted in September 2006, concluded in April of this year to make way for Mickey's Royal Friendship Faire. The old show featured the Fab Five (Mickey, Minnie, Donald, Goofy and Pluto), as well as classic Disney characters such as Peter Pan, Maleficent, Cinderella, Snow White and others. The new show, which is scheduled to premiere on June 17, 2016, will also feature the Fab Five and a few classic Disney characters, as well as the addition of characters from animated classics, Frozen, Tangled and Princess and The Frog. The show, according to the Disney Blog, "Celebrates the unique stories of the citizens who make up this magical kingdom and the wonderful things that can happen when we try new things, go to new places and get to know new friends." 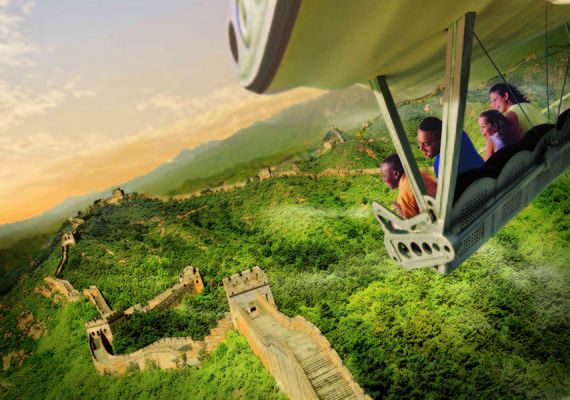 Heading over to Epcot, Soarin', the younger sibling of Soarin' Over California at Disney California Adventure in Anaheim, has been down since January 3rd of this year for an extensive refurbishment. The attraction is scheduled to open, with the addition of a third theatre, on May 27th for guests to take a "final flight" with the original film before the new film, Soarin' Around the World, debuts on June 17th.

Over at Epcot's World Pavilion, Norway is about to get a lot more popular with the addition of Frozen Ever After. This attraction, which replaces Maelstrom, will open on June 21 and take guests on a boat tour through the kingdom of Arendelle. The Disney Parks Blog says, "Guests are first transported to the "Summer Snow Day" Celebration where Queen Elsa embraces her magical powers ... Next, guests will pass Troll Valley on their way up to the icy North Mountain to Queen Elsa's Ice Palace before their return trip to the Bay of Arendelle." 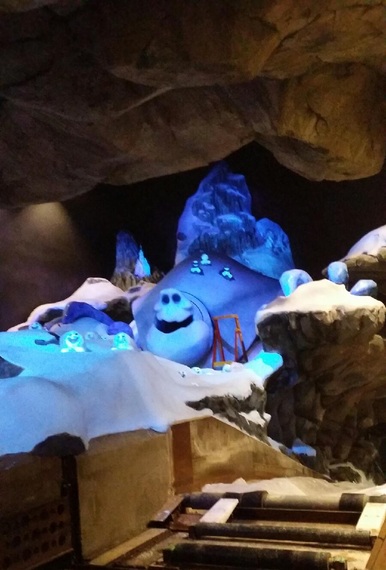 Tom Corless, WDW News Today, recently posted some exclusive photos, taken with a cell phone, inside the attraction. These photos are believed to be from the Troll Valley section.

The sisters will also get a new home for meet-and-greets, Royal Sommerhus.

On May 27, Disney's Animal Kingdom will officially go from a daytime park (many still consider it a half-day park) to a park that guests can now experience well into the night. 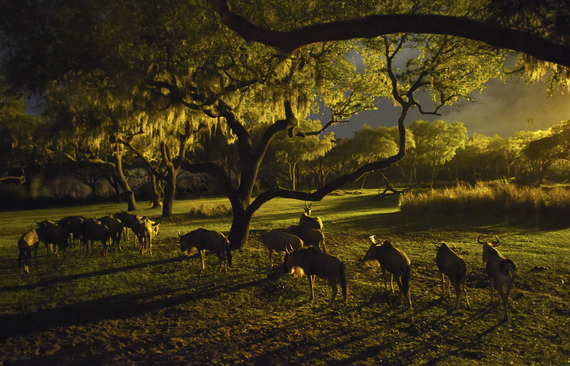 Since many of the animals on the Kilimanjaro Safaris are nocturnal, guests would usually see them lying down in the shade or in back areas of the savannah. Now with the introduction of Nocturnal Encounters, guests will see animals in a very different setting. Disney has strategically placed lighting and other effects to create sunset and moon glow lighting that will showcase elephants, crocodiles, lions, zebras and other animals during this nighttime safari tour.

For a couple of years now The Magic Kingdom has been wowing guests with amazing projections on Cinderella Castle, now Animal Kingdom's centerpiece and icon, the Tree of Life, gets the same treatment. At various times during the evening, the tree will come alive with animal projections and special lighting as fireflies appear in the tree and awaken the spirit of the various animals carved into the trunk.

One of the most highly anticipated additions is a new nighttime water show, Rivers of Light. Disney had originally announced the show would debut on April 22, but because of delays, they cancelled the premiere and as of this writing, there has been no announcement of a rescheduled opening date.

"While we'd hoped to debut these offerings," said Thomas Smith, editorial content director for Disney Parks, "Unfortunately, they will not open as planned ... as we give the team more time to bring these innovative experiences to life ..." Smith said that more information will be made available in mid- to late May. 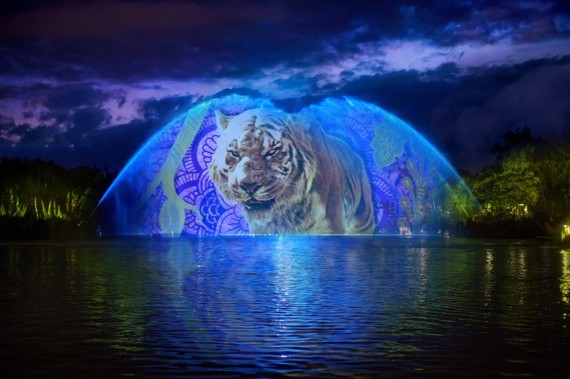 Not all of the Rivers of Light mechanics gave Disney Imagineers problems. They took what worked and incorporated it into an interim show "The Jungle Book: Alive with Magic." The show, which capitalizes on the success of Disney's recent live action film of the same name, will feature barges with singers, Indian musicians and colorful performers in the water while fellow players join in from nearby river banks. Light displays and massive water screens will project imagery from the film. The show will make its debut this Saturday, May 28, 2016.

Disney's Hollywood Studios
One of Disney's Hollywood Studios most popular attractions is Toy Story Mania. In the past, FastPass+ would become unavailable within hours of the park opening and the standby line would quickly reach 90+ minutes and remain like that for the entire day. To address that issue, Disney added a third track to the attraction. The track, which was scheduled to open over Memorial Day weekend, appears to be open now as it started letting guests in a few days ago. 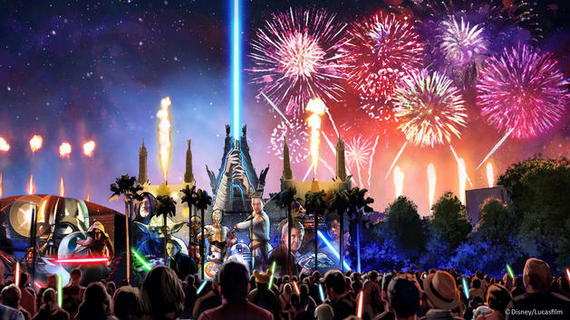 On June 17, Disney's Hollywood Studios will premiere its most elaborate nighttime spectacular to date, "Star Wars: A Galactic Spectacular." According to the Disney Parks Blog, "This new nightly show will combine fireworks and pyrotechnics with video projections that will turn the surrounding buildings into familiar Star Wars destinations. The show will end with a tower of fire and spotlight beams that create massive lightsabers in the sky." Tom Corless of WDWNT added the projections will turn, "... the park's Chinese Theater and other buildings into the twin suns of Tatooine, a field of battle droids, the trench of the Death Star, Starkiller Base ..." 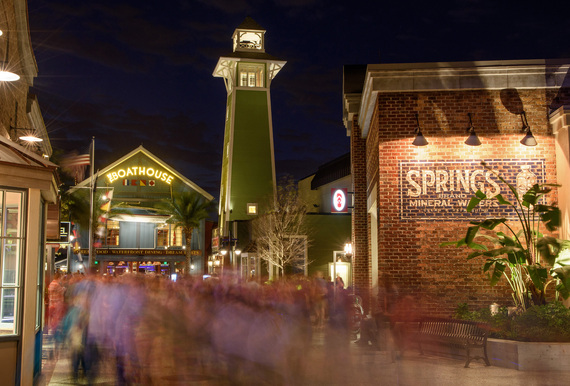 Disney Springs
Originally opened as the Lake Buena Vista Shopping Village in March 1975, Disney Springs is the latest incarnation of Walt Disney World's outdoor shopping, dining and entertainment complex. It features four new districts: The Marketplace, The Landing, Town Center and the West Side. The re-imagined district has been opening in stages for the last few months and will continue to do so throughout the summer.

Beyond 2016
Although no one could argue that 2016 will not a big year for Walt Disney World, the next couple of years will see even bigger changes with the opening of Pandora - The World of Avatar in 2017 at Disney's Animal Kingdom and at Disney's Hollywood Studios, on a date yet-to-be announced, Star Wars Land (current working name) and Toy Story Land.