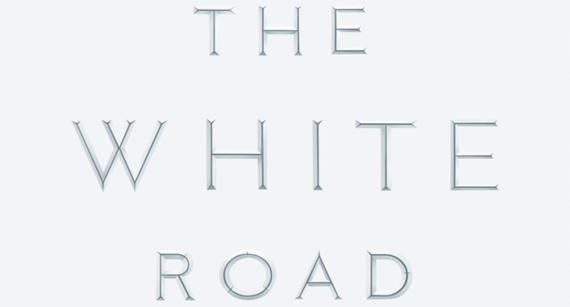 i
It looks as if it has been busy for hours. It is six a.m. and stalls are up, watermelons arranged in pyramids, the bicycle-repair man sitting next to his kit. The roads are eddying with bicycles and knots of people. The carp seller with a polystyrene crate on the back of his scooter cuts in front of us, turns and swears extravagantly. We are going north out of the dusty city towards the hills, past alleyways squeezed between great high brick walls, factories with open windows, rubbish. The day is grey and promises deep, grey heat.

The car turns off the new highway on to the old road and off the old road on to the old track rising between two farmer's houses. Each is three storeys high, gabled. The one on the left has a portico held up by gilded Corinthian columns.

When did farmers get rich in China?

The rice is young in the paddy fields. We bump up and stop outside another farm, a modern house, half built, half stucco over thin Chinese brick, old barns, set amongst trees. A wrecked car sits on breeze blocks. We are a few hundred feet up in the lee of a hill, bamboo stretching up to a ridge, a mountain beyond that, fields half-heartedly cultivated below us. There is a small lake, a muddy declivity ringed with reeds.

A woman comes to the doorway and shouts at us and it is explained by my guide, through shouting, that I'm an archaeologist, a scholar, legitimate.

And under the tyres of our car amongst the weeds are broken saggars, brown and black, rough thrown clay vessels with high raised ridges, five, six inches across. And shards, pale crescents of porcelain in the red earth. I pick up the first and it is the base of a twelfth-century wine cup, a fine tapering stem holding a jagged bowl, a thumb's breadth across. It is impossibly thin. And not white at all, but a very light washed-out blue celadon, with a network of brown crackles across it where hundreds of years of this soil has stained it.

This is my grail moment and I'm holding it reverently and they are laughing at me with my ridiculous epiphany, for on and up is a hillside of shards, a tumbling landscape of brokenness, a lexicon of all the ways that pots can go wrong. It is not a spoil heap, careless but discrete, it is a whole landscape of porcelain.

I stoop and pick up a shard, and this one is too thin at the base and has sagged and twisted like an art-nouveau girl. And this beautiful straw-coloured shard is cracked through an air bubble that has blown in the firing. And this concatenation of clay is three saggars compressing three white bowls, a firing that has gone too high, too fast, too long, leaving this bit of fierce geology.

And God knows what happened here. There is a patch of broken bowls, the colour of green olives amongst high nettles, a sort of crime scene.

The summer rain has made the earth so friable that each step opens up a rim of a jar, a foot ring, the centre of a deep celadon bowl decorated by a running comb, a sketch of a peony, held in eddies of glaze.

I hold this shard, run my index finger over the pattern; to make this you need to feel when the clay is as soft as leather so that there is a bite between comb and bowl. Too soft and it snags and furs. Too hard and it skates. Or the bowl breaks. It is all this exactitude and all this excess in one place that collapses time for me. I know this bowl I think, it took a minute on the wheel, perhaps less, was dry for trimming within a few hours on a morning like this. It would be one of dozens on a board, passed on into the hands of the decorator and finished by noon.

We are swishing our way through the undergrowth with sticks because of snakes and I toss the shards back into the hillside in a moment of exultant connectedness and have to try and find my bit of twelfth-century wine cup ten minutes later to check on its weight. But this is beyond checking. The scale of this stretches me.

This place is one of hundreds in these hills, not a major kiln site, unimportant for art history, not documented, known to the farmers who would have to deal with the waste, the shards they have to shovel away to clear the field for beans, and known more latterly with the odd chancer braving the old woman in the farmhouse and digging and sifting for treasures to sell on in the Monday market in the city, twelve miles away.

Eight hundred years ago there would have been a couple of dozen potters here on this hillside, clagged with mud in winter, beset with horseflies on a midsummer morning like this, snakes in every season. The kilns are long gone, the bricks reused for a shed or pigsty, broken up for foundations or weathered back to the earth, but these slopes would have been useful to build into, and the bamboo and these long flat grasses would have been cut for packing finished pots to carry down to the river, to the boats to take them to the city.

And the wares that went wrong would have been thrown over a shoulder from the kiln mouth at opening, collecting season by season amongst the stones and the shifting earth in the spring rains. So many thousands and thousands of pots that haven't worked, each saggar that cracks needing to be made again, each stack of tea bowls that warp another few hours of effort to bank, another part of a day lost. The potters here would have been paid by finished pots, piecework, not wages. 'Pots cover every inch of space before the door', writes a poet 1,000 years ago, 'But there's not a single tile on the roof / Whereas the mansions of those who wouldn't touch clay / Bear tiles overlapping tightly like the scales of a fish.'

This answers my question of how you make a living when things go so wrong, so often. You work even harder. You make more, and then some more.

If I look south from here across the valley floor I can just make out the river, several hundred feet wide as it passes through the city, flowing from the north towards the Yangtze. Tributaries join it, snaking their way down from the hills. Behind me, thirty miles away, are the hills that make up Kao-ling mountain and there are mountains ringing every direction. The forests are a dense black-green smudge. I can see the highway but the only sounds are of the breeze in the bamboos and the crickets in the tall grasses.

I've been looking at all the maps. There are Chinese ones from the seventeenth century, schematic ones that show the arrangement of houses and kilns and rivers. There are the Jesuits maps from a century later, the first dogged attempts to make the country explicable to the West, and then the strangely anaemic maps in the books of the archaeology of the region — variant names hopefully pinned to the hills and rivers.

A favourite is from 1937, when Mr A. D. Brankston, a young Englishman, climbed these hills and sketched a map with a scale of 'about three miles to an inch', small wobbly bowls for kiln sites. There are great gaps in his maps due to rumours of banditry. He makes this landscape look like Hampshire.

But nothing has prepared me for this. It is a beautiful puzzle of a landscape. Stretching before me is earth and forests and water and villages. And somehow people and happenstance, and trade and taste combined here to make this the centre of porcelain for the world.

I've got a plan. I want to get up to the mountain and follow the old route that the raw materials for porcelain took back to the city. 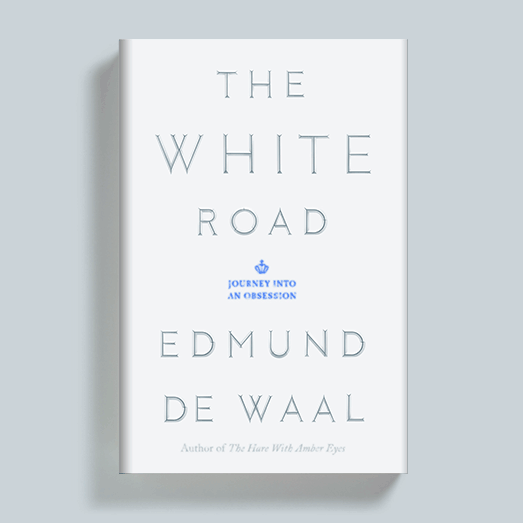 EDMUND DE WAAL is one of the world's leading ceramic artists, and his porcelain is held in many major museum collections. His bestselling memoir, The Hare with Amber Eyes has been published in thirty languages and won the Costa Biography Award and the RSL Ondaatje Prize. It was shortlisted for the Duff Cooper Prize, the Jewish Quarterly Wingate Prize, the PEN/Ackerley Prize and the Southbank Sky Arts Award for Literature, and longlisted for the Orwell Prize and BBC Samuel Johnson Prize. He lives in London with his family.