Tina Fey sat down with Vogue for their March issue, and the Emmy-winning self-described normal girl also graces the cover, shot by Mario Testino.

The magazine also airbrushed off the scar by her mouth for the cover (scroll down for larger cover image).

Anna Wintour writes in her editor's letter, "there is nothing ordinary about her brilliance, her perceptiveness, or her beauty."

From the press release:
Going Rogue: Ever since her devastatingly funny Sarah Palin impressions, she has for the first time in her life attracted unwanted attention--and hate mail. "People started projecting politics onto me," she says. "There are people who hate me now because of that."

"The partisan nature of politics continues to appall me. I'm almost paralyzed by my inability to see things in black-and-white... I felt uncomfortable to be in that discussion. The weird thing is, when Darrell Hammond or Will Ferrell or Dana Carvey did an impersonation of a president, no one assumed it was personal, but because Sarah Palin and I are both women and people think women are meaner to each other, everyone assumed it was personal."

Normal Girls: "I feel like I represent normalcy in some way. What are your choices today in entertainment? People either represent youth, power, or sexuality. And then there's me, carrying normalcy." Pause. "Me and Rachel Ray."

The Skinny: "People will say, 'Oh, fashion magazines are so bad, they're giving girls a negative message'--but we're also the fattest country in the world, so it's not like we're all looking at fashion magazines and not eating. Maybe it just starts a shame cycle: I'm never going to look like that model, so... Chicken McNuggets it is! And conversely, I don't look at models who are crazy skinny and think I want to look like that, because a lot of them are gigantic, with giant hands and giant feet."

The Power of Clothes: "I think women dress for other women to let them know what their deal is. Because if women were only dressing for men, there would be nothing but Victoria's Secret. There would be no Dior."

Hand-Me-Downs: When she was in grade school, a cousin gave her some hand-me-downs that included a "colonial-lady" Halloween costume. "It consisted of a bonnet," says Fey, "and a burlap apron and a long skirt. And I would just wear it sometimes after school. As an outfit... It was the Bicentennial! People were excited!"

The VOGUE Cover: Her favorite moment: "I was posing for [Mario Testino] and he was talking from behind the camera and he was like, 'You have to fliiiirt, darleeeng. You have to bee-leeve you are wuuuurthy to be on the cover' And then at one point he said very quietly, 'Lift your chin, darling. You are not eighteen.' And I was like, 'You probably say that to all the 23-year olds.'" 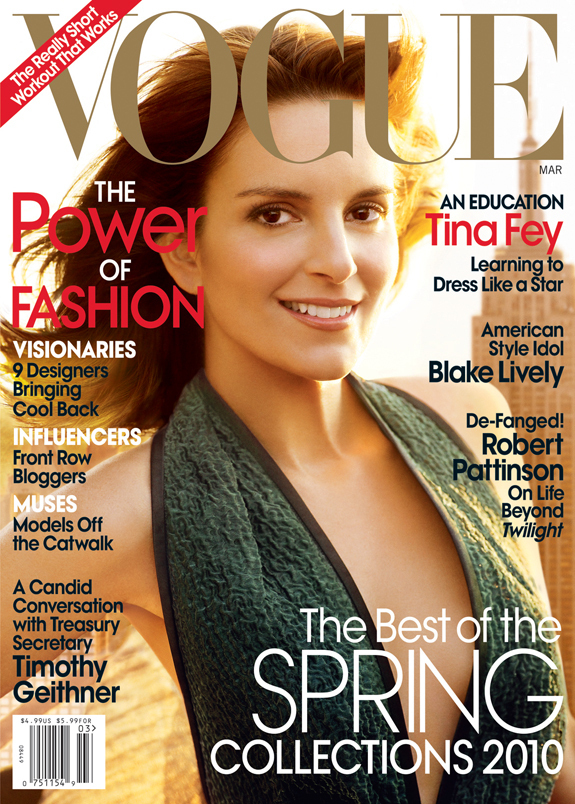 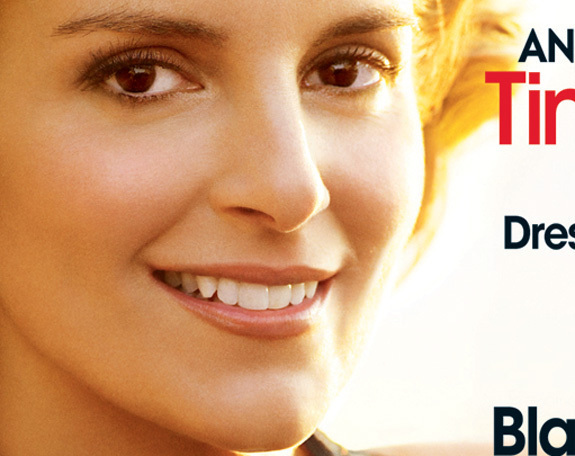