Talk about Titanic 3-D! Despite an ominous beginning plagued by a medical emergency and high winds, the Titanic Memorial Cruise safely arrived in New York on Thursday, closing the ship's journey to trace the doomed route of the original Titanic a century before.

Passengers were decked out in period clothing (top hats included) and waving American flags as they approached the port.

The bizarre voyage started in Southampton, U.K. on April 8 and included a ceremonial stop to the exact location where the original Titanic tragically sunk, killing nearly 1,500 passengers.

According to Miles Morgan, who owns the company that chartered the trip, there was a high demand for a spot on the nostalgia ride.

See below for the people who actually shelled out for the trip as they arrive in NYC: 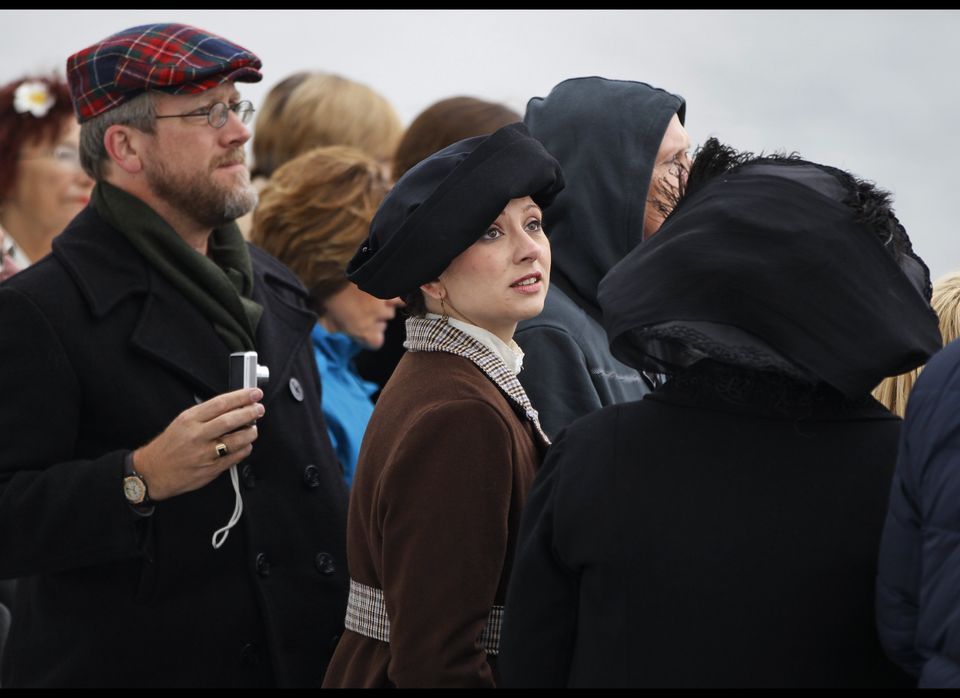