When you have the world's largest collection of two-headed animals in the world, the care and feeding can be double the trouble.

Then there's the little matter of elective surgery, such as if and when a double-domed animal should be chopped into two living creatures.

That's the dilemma facing Todd Ray, owner of the Venice Beach Freakshow in Los Angeles and star of the AMC reality show "Freakshow."

He has a pair of conjoined bearded dragons named Chang and Eng that might need to be separated from each other.

"A lot of times this guy will want to go over here and this guy wants to sleep [while] this guy's dragging him there and they start struggling," he says on Thursday's episode of the reality program.

Ray named the dragons five years ago for Chang and Eng -- the famed Siamese Twins of the 19th century -- because they are connected by a thin bit of flesh along their torsos just like the brothers who settled in North Carolina.

The recent power struggles between his dragons now have him wondering if surgical separation might be the best thing.

"Right now, his claw is in [his brother's] ear," Ray says on the show to his son Phoenix. "Is it more humane to separate them or is it better to keep them as they were born?"

Ray eventually decides to take Chang and Eng to a veterinarian to see if surgery is even possible.

It's not the first time that Ray has considered splitting two conjoined animals. Back in 2011, he had two box-headed turtles connected belly-to-belly by a dime-sized membrane.

He was afraid that they wouldn't survive without surgical separation, but they died before any such surgery could take place. 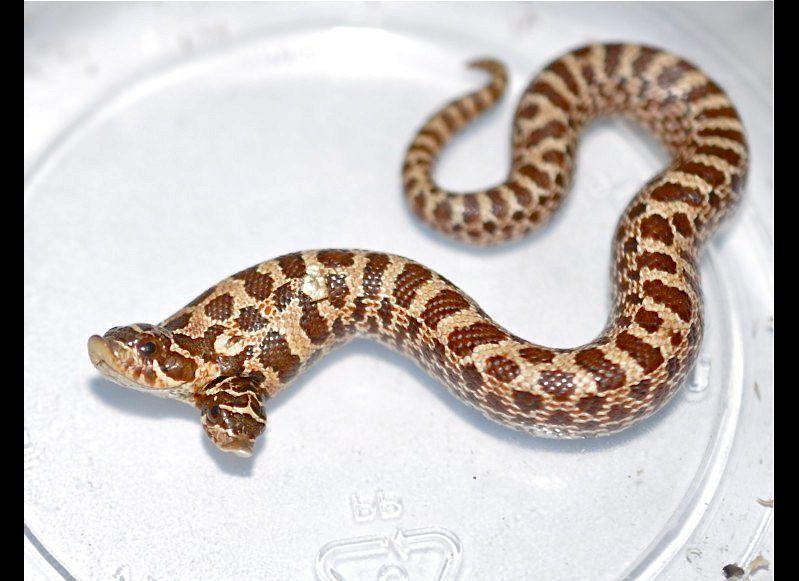