Summer reading lists are as ubiquitous as the inevitable heat, and while I'm always interested in what writers are reading, I find this genre -- if that's the right word -- a bit cheesy. I mean, why assume people only find time to read in the summer, or even promote that idea? Moreover, there's always a tendency for self-conscious deliberation with such surveys, writers knowing that what they say they read will reflect on who they are. Attempts to tart it up with low-brow themes ala "Guilty pleasures for summer" (Time) or "Reading Romance Between (And Under) The Covers" (NPR) only exaggerate the contrivance, in my opinion. As if people are divulging secrets, when its usually a matter of entertainment (or a name-dropping chess game).

So my desire here was to get as honest a take as I could by keeping it spontaneous and simple. I Facebooked a bunch of writer and editor "friends," some I actually know, some I don't, and asked them to tell me what was on top of their nightstand book pile, or nearest to their bed. Title, author, publisher, date. That's it. No commentary required. Most of us keep the books we want to read by our bed, and what's on top is usually the most current/actively read. "The pleasure pile" as one writer put it.

That said, some respondents reflexively gave me a list of their entire pile while others gave brief explanations. Cintra Wilson, for example, whose work I adore, responded to an earlier thread I'd done for my blog, janestown.net, where I'd polled writers on "great" books they'd never finished. I've purposely left all responses "as is" to evoke a sense of personality, and maintain the spirit in which the request was received. Of course, some never replied, and a couple "left the conversation" as soon as it began, but I'm quite pleased with the range of talent gathered in the end, and am thankful for everyone's generosity.

Replies to the mini-bios I constructed for each varied as well, from "This is a bit old, why don't we switch this title for another book" to "seems perfect" (Ed White, you're a sweetheart!). Trying to give a bite-size overview of 17 careers is not an easy task, but I didn't want to cheat and crib from Wikipedia (always unreliable) or publishing house bios, so I selected works and achievements I found personally meaningful. Obviously not every title authored by each contributor could be included.

And just to convey how odd my approach was, after sending the bio for her approval, M.G. Lord humbly replied, "That's very fancy -- longer that what I said about Richard's book. Should I say more?" No need, I answered. For the rest is up to you, dear readers, to infer as you will, including whether or not what's on "top" of one's nightstand book pile signifies anything at all. As to what's on top of my pile, well, I'm at a residency in the woods trying to finish a short story so there's just one book on the nightstand at the moment, Jane Frame's first novel, Owls Do Cry (1957). A magnificent read, I might add. And yes, I'm publishing this list in the midst of summer, but it honestly has nothing to do with the season at all. Consider it inspiration for the Fall!

(In order of responses): 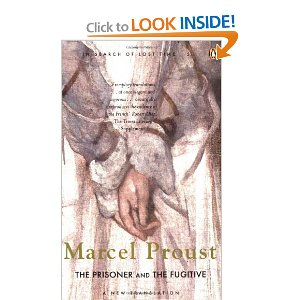 I have a big night stand, so get ready.

Marcel Proust, The Prisoner and The Fugitive, tr. by Carol Clark and Peter Collier, Penguin Classics (UK), 2003 -- I specify UK to call out the U.S. branch of Penguin for their stupid decision to cut off publication of the new translation of Proust after the first four volumes

Robert Greer Cohn, Toward the Poems of Mallarme, expanded edition, U of California Press, 1980 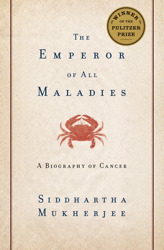 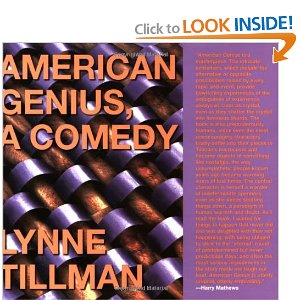 Right now, catching up with Sid Mukhergee's history of cancer, Emperor of Maladies. Fascinating, expertly researched but most of all so beautifully written it's almost a comfort to read while feeling ill (though thankfully not with cancer). Also catching up with Lynne Tillman's American Genius: A Comedy, which had me at the title alone.

I may never finish any of the books on my obnoxiously pretentious book-pile next to my bed, which is particularly awesomely obnoxious because it is research for the book I never seem to finish writing (due this week): 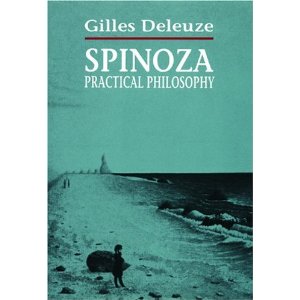 Deleuze - Spinoza: Practical Philosophy Benjamin - Reflections Edward Bernays - Propaganda  Jacques Ellul - Propaganda  Bourdieu - Distinction Orwell - My Country Right or Left (1940-1943) Foucault - Discipline and Punish Koichi Tohei: Book of Ki Elias Canetti - Crowds and Power Simon Doonan - Eccentric Glamour
... and some picture books about Leigh Bowery and some comic books about Karl Marx. And RESearch Pranks 1 and Pranks 2.  Oh and some Adorno stuff from Verso.  Yeah.  Bringing sexy back. Like that. If you're, like, Aspy and Wanting. 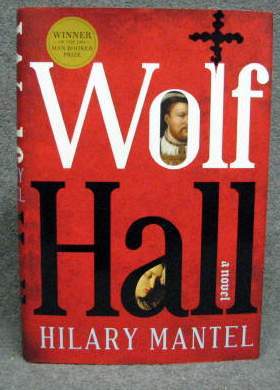 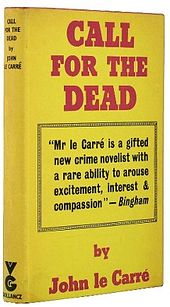 Let's see -- just picked up Hilary Mantel's Wolf Hall, since I thought her recent Bring Up the Bodies was so excellent. And last night finished John Le Carre's Call for the Dead, a relative 1962 obscurity for him.

Greg Tate (b. 1957 lives in New York): American writer, musician, founding member of the Black Rock Coalition, author of Flyboy in the Buttermilk: Essays on Contemporary America (Simon & Schuster, 1992), Everything But the Burden: What White People Are Taking from Black Culture (Random House Digital, 2003), Midnight Lightning: Jimi Hendrix and the Black Experience (Lawrence Hill Books, 2003), and James Brown's Body and the Revolution of the Mind (FS&G, forthcoming). Contributor to the New York Times, Downbeat, and Vibe, among other publications. Conducts the Burnt Sugar Arkestra. 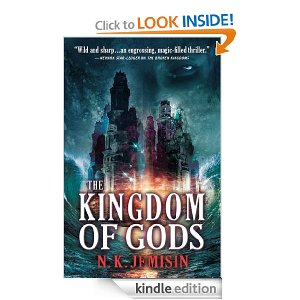 Hey Jane on the tiptop of my pile now is The Kingdom of Gods by NK Jemisin, Orbit Books, 2011 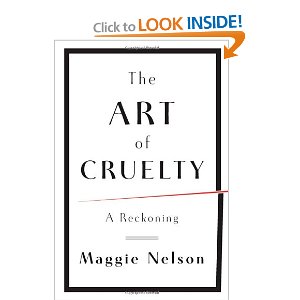 Michael Miller (b. 1970, lives in New York): American journalist, current editor at Bookforum, former editor for the Village Voice Literary Supplement, literary section of Time Out New York, and Spin. Contributor to The Believer, the Texas Observer, and Post Road, among other publications. 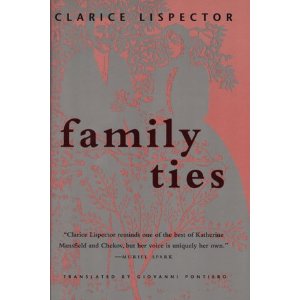 Rick Moody (b. 1961, lives in New York): American novelist, author of Garden State (Faber & Faber, 2002, winner of the Pushcart Editor's Choice Award), The Black Veil (Back Bay Books, 2003, winner of the PEN/Martha Albrand Award for the Art of the Memoir), and The Four Fingers of Death (Little, Brown, and Company, 2010). Contributor to the New Yorker, Esquire, Conjunctions, Harper's, Details, the New York Times, and Grand Street. Performs in The Wingdale Community Singers. 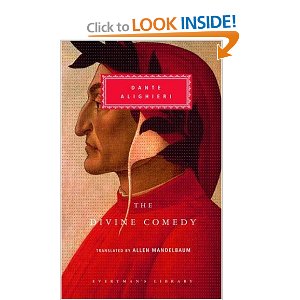 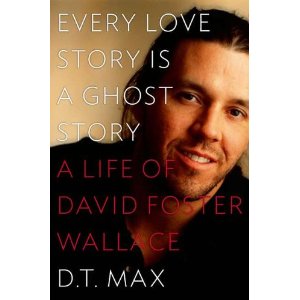 D. T. Max.  Every Love Story Is a Ghost Story: A Life of David Foster Wallace.  Reading the galleys, the book comes out in early September, 2012.
Cheers, Brad

Lynne Tillman (b. 1947, lives in New York): American novelist, short story writer, cultural critic, author of, among other books, The Velvet Years: Warhol's Factory 1965-67 with Stephen Shore (Thunder's Mouth Press, 1995), American Genius, A Comedy (Soft Skull Press, 2006), and Someday This Will Be Funny (Red Lemonade, 2011). Contributor to mags such as Black Clock, Frieze, Bomb, Bookforum, Artforum, and to anthologies including Apocalypse, The Future Dictionary of America, High Risk, Labor Days, Hatred of Capitalism, and This Is Not Chick Lit. 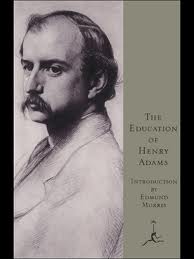 Don't have a night table, but on floor and other flat surfaces: books on Luc Tuymans, and Henry Adams, ie, the Education of Henry Adams. 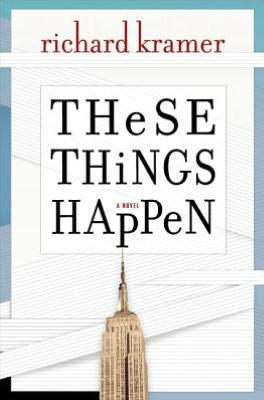 Thanks for inviting me to participate. I have a galley of a fantastic new novel by Richard Kramer that I just finished reading -- and was sorry when it came to an end. The title is: These Things Happen. Best, MG 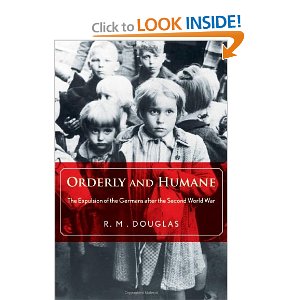 Hi Jane
This is easy.  The book on top of my pile is:
Orderly and Humane: The Expulsion of the Germans after the Second World War by
R.M. Douglas, Yale University Press, June 2012
Best,
Gary Nick Hornby (b. 1957, lives in London): English novelist, essayist, lyricist, and screenwriter, author of Fever Pitch: A Fan's Life (Gollancz, 1992), About a Boy (Gollancz, 1998), 31 Songs (McSweeney's, 2002), A Long Way Down (Riverhead Books, 2005, shortlisted for the Whitbread Novel Award), and Juliet, Naked (Riverhead Books, 2009). Contributor to Believer, the London Sunday Times, the Independent, GQ, and the New Republic, among other publications. 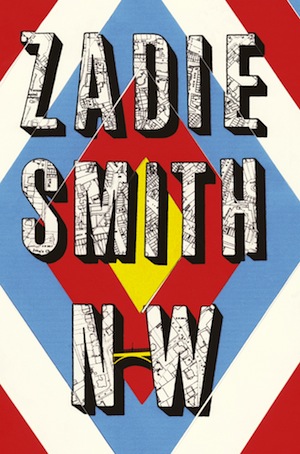 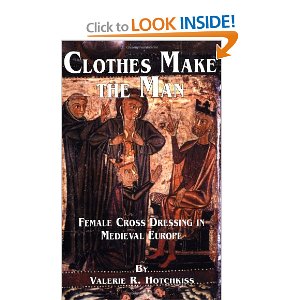 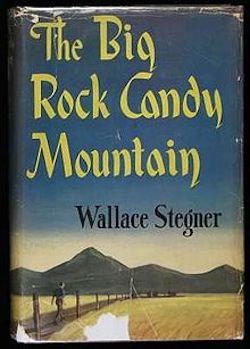 Hmm, I have two stacks, of almost equal height.

Clothes Make the Man: Female Crossdressing in Medieval Europe, by Valerie R. Hotchkiss Garland Publishing, 1996 is on top of the work pile (I'm working on a biography of Joan of Arc). The pleasure pile is topped by Big Rock Candy Mountain by Wallace Stegner. Penguin, 1943.

David Goodwillie (b. 1972, lives in New York): American novelist, memoirist, named one of the Best New Writers of 2006 by members of the PEN American Center, author of Seemed Like a Good Idea at the Time (Algonquin, 2006), and American Subversive (Scribner, 2010). Contributor to the Daily Beast, New York Magazine, Black Book, and the New York Observer, among other publications. 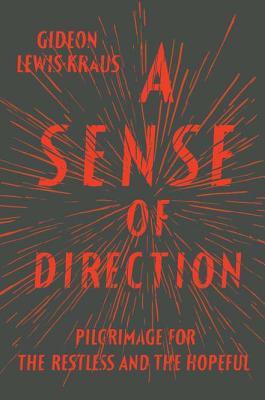 Jane, I'm reading A Sense of Direction by Gideon Lewis-Kraus. It came out in May. Thanks for thinking of me, looking forward to the piece. David

Edmund White (b. 1940, lives in New York): American novelist, essayist, biographer, memoirist, literary critic, member of the American Academy of Arts and Letters, author of A Boy's Own Story (Penguin Books, 1982), Genet: A Biography (Vintage, 1993, winner of the National Book Critics Circle Award), The Farewell Symphony (Vintage, 1998), The Flaneur: A Stroll Through the Paradoxes of Paris (Bloomsbury, USA, 2001), and Rimbaud (Atlas, 2008). Contributor to the Times Literary Supplement, the New York Times Book Review, and Vanity Fair, among other publications. 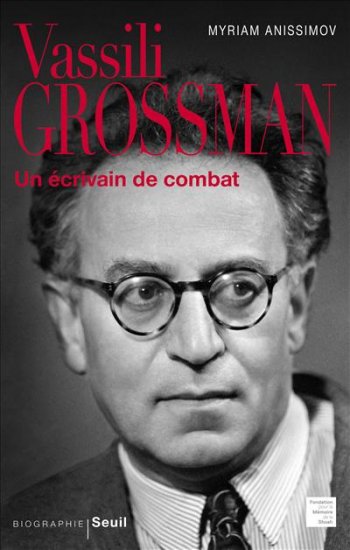 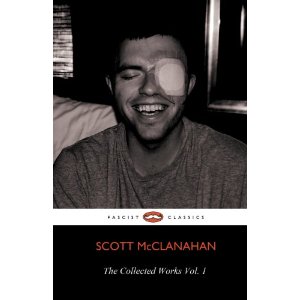 Thanks so much again! If there's anything you need from me or anything, just ask. Take care!