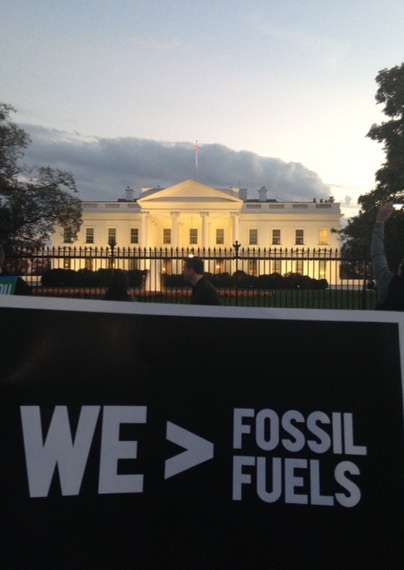 Canadian company TransCanada's announcement that it will sue the American people for $15 billion over the Obama administration's Keystone XL rejection perfectly illustrates how today's corporate-empowering trade policies not only undermine our climate ambitions, but threaten the way democracy is supposed to work.

TransCanada is using rules in the North American Free Trade Agreement (NAFTA) to challenge a central tenet of democracy: that people can sway their elected governments to do the right thing. This suit once again reveals the dangers of NAFTA, and highlights the same corporate rights that would be expanded if Congress approves the Trans-Pacific Partnership (TPP), an international trade deal between the U.S. and 11 other Pacific Rim nations.

TransCanada is using "investor-state" rules in NAFTA, which empower corporations to sue governments for up to billions of dollars if they argue that countries have treated them unfairly.

At the heart of TransCanada's new case is its claim that the Obama administration's decision to reject the pipeline was "arbitrary," stemming from TransCanada's assertion that whereas in 2010 the State Department was "inclined" to approve the project, subsequently "politicians and environmental activists...continued to assert that the pipeline would have dire environmental consequences" which ultimately led President Obama to reject it for "symbolic reasons, not because of the merits."

Firstly, this is bogus. In announcing the Keystone XL rejection, President Obama connected curbing the rampant development of fossil fuels to keeping "large parts of the Earth" from becoming "uninhabitable." That's called a decision based on the public interest. (For clarification, symbolism is bringing a snowball to Congress to disprove climate change during a record-breaking heat year).

Even more worrying, TransCanada's suit suggests that under today's trade regime, corporations can demand billions of taxpayer dollars from a government that learns from and eventually listens to the governed people. The fact that the Obama administration ultimately heeded the wishes of communities is what solidified the Keystone XL fight as one of the great struggles of our century. Originally, the administration did seem inclined to support it. Then over the years, Indigenous communities, farmers, and ranchers in the pipeline's path educated policymakers on its terrible threats to their homes. Climate scientists and economists illuminated how the pipeline would undermine our chances for a stable climate. Nobel Prize Laureates, including a former U.S. president, detailed its risks to humanity. Millions of people marched in the streets and contacted their elected leaders. Eventually the Obama administration listened, and acknowledged that countries cannot both talk the climate talk and keep developing massive fossil fuel projects.

President Franklin D. Roosevelt famously told activists of their demands, "Make me do it." This exchange between the governed and the governing is how democracy works.

Today's trade agreements embolden corporations to demand compensation every time governments yield to the pressure of social movements calling for a better world. In 2010 Quebec paused fracking around the St. Lawrence River in response to community concerns, and a U.S. corporation operating there sued Canada for violating their "valuable right to oil and gas."

Our battles to keep fossil fuels in the ground, to have a just transition to clean energy, and to have an economy that benefits all will never come easily. Communities will always need to push our elected officials to improve. But trade rules that threaten countries with billion-dollar lawsuits over democratic decisions make those struggles much harder.

Now communities are asking the U.S. government to listen again, and reject the critically flawed Trans-Pacific Partnership. Yesterday, a coalition of more than 1,525 public interest groups wrote to Congress asking them to oppose the TPP. This builds on years of rallies, meetings, and town halls as labor, environmental, and other communities push for the rejection of the TPP and the adoption of a new trade model.

It's time for new climate victories, using the same logic that defeated Keystone XL, not for paying corporations for our environmental wins or for greenlighting harmful new trade pacts.