At first glance, you'd think a title like "We Are Twisted F***ing Sister" would be enough of an indication as to what this film is about. But director Andrew Horn's vision was a film for everyone, not just fans, one which would impart a deeper understanding of and respect for the men who lived it. He succeeded. "W.A.T.F.S." is one of the most surprising movies I have seen in quite some time ... which is fitting: the band which pioneered the musical genre should be the focus of such a trailblazing film. 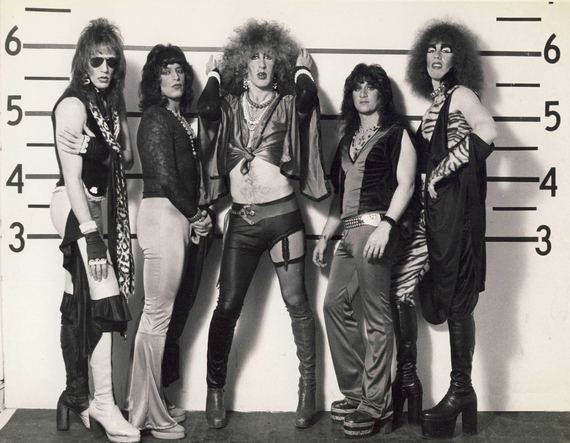 It was my great pleasure to speak with Jay Jay French, the band's founder and guitarist, along with filmmaker Andy Horn ("The Nomi Song", "East Side Story") and Dee Snider, the band's extroverted and very loquacious (his adjective!) front man.

"The new documentary," Jay Jay told me, "gives an insight into a part of a rock and roll band's history that really has never been covered before. And the reason it's such a wonderful movie is that the story is so ridiculous and so unbelievable ..." Except, it's true! 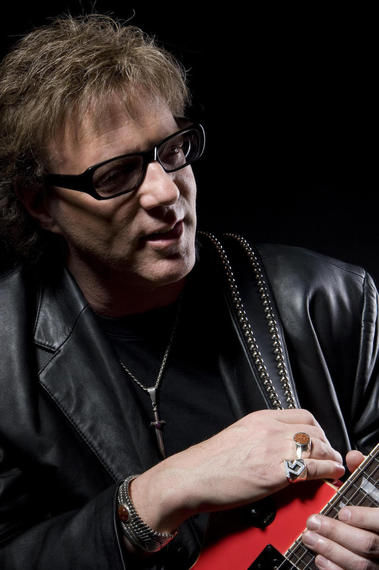 As you'll see, theirs is not the story that the world assumes: that in the early 80's, hair bands started popping up and Twisted Sister was one of the pack, more or less jumping on a bandwagon established by bands like Mötley Crüe and Ratt. In fact, Twisted Sister was together long before that. "The truth of the matter," Dee explained, "is we didn't jump on the bandwagon, we built the bandwagon." 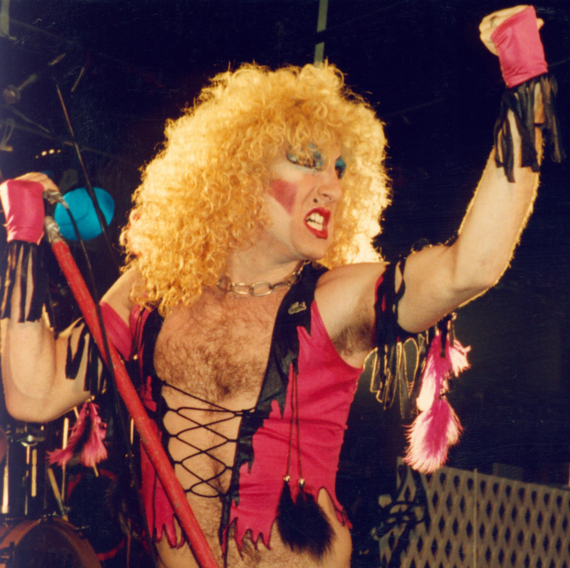 If you've seen any documentaries about bands, then you know the typical storyline: they get together, they get a record deal, eventually they hit gold, and for a while, everything is glorious as the money rolls in. Enter drugs and alcohol, it destroys the band, the band goes bankrupt ... yadda, yadda, yadda. And then they end up being the subject of a documentary. Same old same old, and the beat goes on. 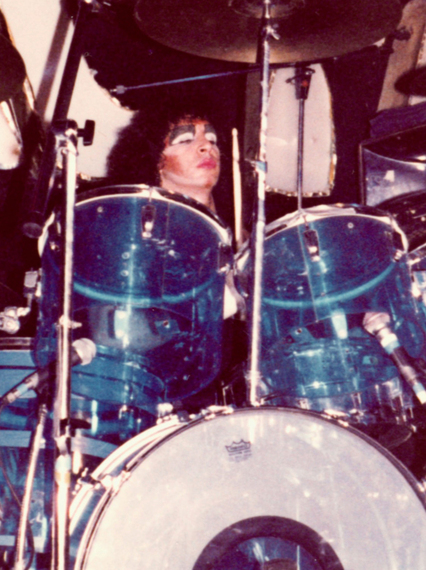 This film is 180-degrees away from that. "It was a very deliberate decision on my part," Andy said. "I wasn't interested in that story. There is nothing in the movie about the period of their fame." Andy's feeling was, "The rise and fall of somebody's success is a well-traveled road. I was interested in how a band becomes a band." 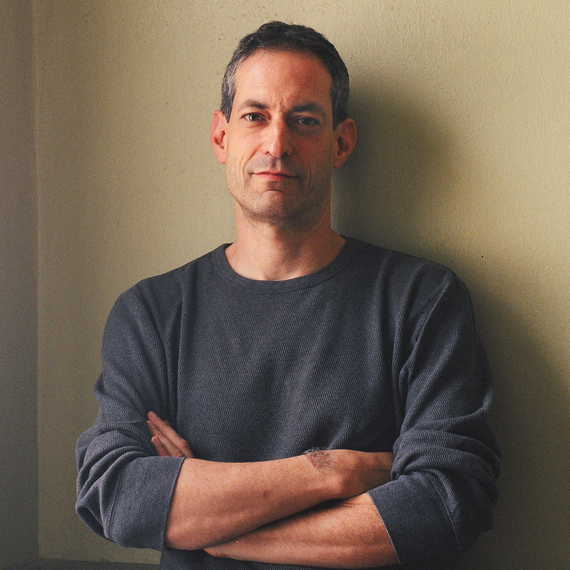 The result? A film that has nothing to do with the songs which made Twisted Sister famous, and everything to do with the ardent, even desperate desire of these five incredibly talented and incomparably tenacious musicians (Dee Snider, Jay Jay French, Eddie "Fingers" Ojeda, Mark "the Animal" Mendoza, and the late A. J. Pero) to become a successful rock band, and, even more, what they had to go through for a full decade just to procure a record deal ... the Holy Grail of every band.

It should not have been that elusive. After all, the Stones, Zeppelin, The Who, Pink Floyd, AC/DC, Queen, Black Sabbath ... all were signed to record deals within a year of them first getting together. But for Twisted Sister, as wildly successful as they were whenever they performed, that Holy Grail would be ten long years away. The reasons will astonish you. Indeed, if you are anything like me, the entire film will astonish you! 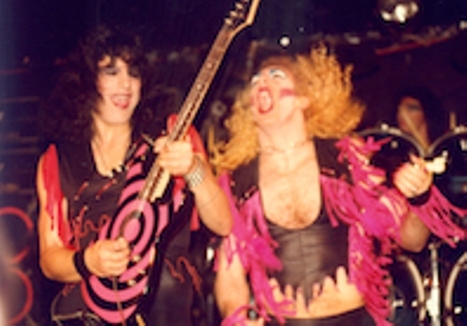 What went on during that ten year period, the difficulties the band endured, the mere fact that the band endured at all through ten full years of Sisyphus-like struggles and disappointments, of fate stepping in at the weirdest times and pulling the rug out from under them in the weirdest ways ... I could not help but wonder how they kept the faith, how, after all that time and all those disappointments, they didn't just throw their hands up and holler Uncle!

The answer? Their dream: to become the biggest bar band in the Tri-State area [New York, New Jersey, Connecticut] so they transition to the world's biggest rock band. Record label rejection letters were invariably followed by sold-out performances. As time went on, audiences grew larger: 1500, 2500, 3500. That's what made it possible for them to lick their wounds and immediately carry on: the very night someone told them their heels were too high, hair was too blonde, pants were too pink, or they simply did not play well enough, they'd perform for thousands of adoring fans who just couldn't get enough of them. 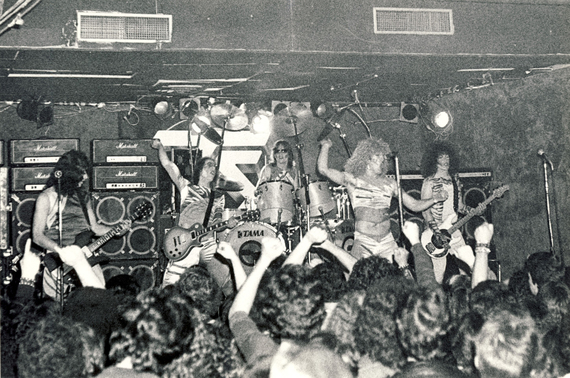 Witnessing the courageous risks these men took so they could reach their goals and live their dreams ... you just can't help but enjoy this film and admire their tenacity (and humor!) as you watch these articulate, intelligent, amusing men (along with some of their equally-eloquent fans) share this compelling, inspirational, witty, and supremely entertaining story. 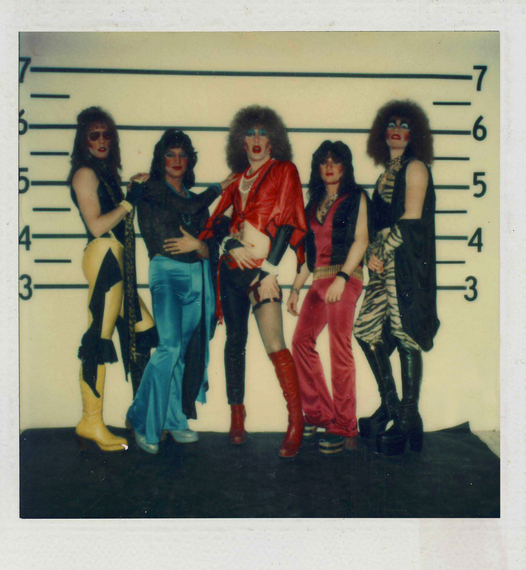 In a world sadly lacking in heroes, a world where instant gratification and feelings of entitlement reign supreme, I think these men are precisely what we should encourage our children and grandchildren to emulate: no matter how difficult it gets, or how long it takes, or how many roadblocks your encounter, if it's something you love, something you believe in with all your heart, if it's the first thing you think about when you wake up and the last thing you think about before you go to bed, as long as it is not meant to hurt anyone ... that's key ... then go for it with everything you have, and never stop until it's yours. That's what builds character. That's what we should be passing on to the next generation.

This is so much more than just a story about rock ... it's a movie about determination and chemistry. And I believe that once you see the film, get to know these men, and hear them tell their story in their own poignant and powerful way, you'll understand why. As Dee says, "You can't watch this documentary without being changed." 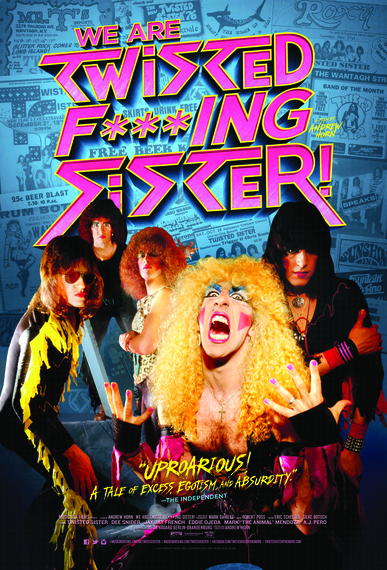