Last month, the British government released 4,400 pages of previously unreleased documents. It's the last of the so-called UFO files that had not been available to the public.

But is the public really being told the truth? The answer depends on who you ask.

Britain's top UFO authorities are hardly in agreement. In fact, the only thing they have in common is disrespect for one another.

In one corner, we have Nick Pope, the former Ministry of Defense (MoD) employee who worked on the official UFO desk in the early 1990s.

In the other corner, we have David Clarke of Sheffield Hallam University, who has been the official consultant to the National Archives for its just-concluded five-year program to release more than 50,000 pages of MoD UFO files.

Gentlemen, let's see a fair fight. Keep your gloves up. Let's see no shots below the belt. In case of a knockdown, go to a neutral corner.

The recent slugfest began with Pope's comment on the UFOs and Nukes site: "Some people would probably use the term 'useful idiot' to describe [Clarke's] parroting the MoD 'no defense significance' sound bite, which was designed solely to keep Parliament, the media and the public off our backs."

Clarke's response: "Pope's condescending description of me as a 'useful idiot' is not only personally insulting but gross hypocrisy, coming from a man who has himself 'parroted' the official MoD line on UFOs whilst employed by them until 2006 and even continues to do so today when it suits his purposes and/or his audience. Therefore, by his own definition, he was a useful idiot but more likely is now just an idiot," Clarke told The Huffington Post in an email.

The National Archives first started releasing the files in 2008 -- leading up to the official closing of that country's UFO desk in 2009. The U.K. ended its public investigation of UFOs after officials decided, after more than 50 years, "no UFO sighting reported to [MoD] has ever revealed anything to suggest an extra-terrestrial presence or military threat to the U.K."

The five-year grand total of 209 files of approximately 52,000 pages has led to a strong undercurrent of disagreement between Pope and Clarke, the two individuals who have been the prime purveyors of information to the public about the nature and significance of the UFO files. 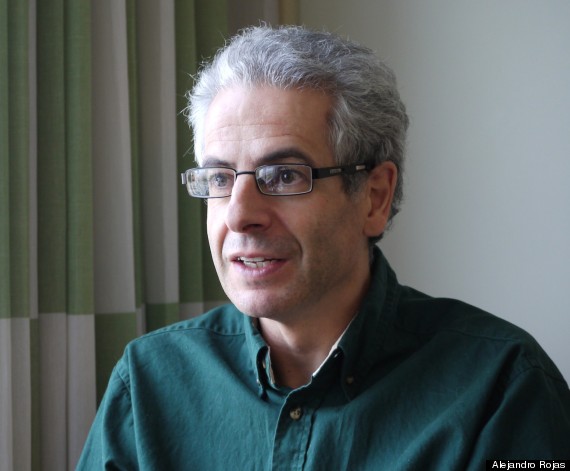 Pope, seen above, was employed by the Ministry of Defense (MoD) between 1985 and 2006. For three of those years -- 1991-1994 -- he worked in an MoD division where he investigated UFO reports. Because his internal work at the MoD included pouring through many UFO accounts, Pope was sought out by media outlets in 2008 when the UFO files began to be released to the public.

"[Clarke] is a folklore buff who's interested in fairies and goblins and I've been told he privately thinks some UFOs and alien abductions may represent 'some sort of supernatural phenomenon,'" Pope stated. "He keeps this opinion to himself, presumably because he's worried people would think he's a nut. So he's no sinister debunker -- just a slightly odd hobbyist, reading out the government press release."

Clarke, a senior lecturer in journalism at Sheffield Hallam University, teaches media law and investigation skills. He also has a Ph.D in Folklore. Starting in 2000, he used the Freedom of Information Act to campaign and finally persuade the British government to release all of its UFO material.

"Quite frankly, Nick Pope is suffering from a bad case of sour grapes and his claims -- for example, that I am a folklore 'buff' who secretly believes in alien abductions -- sound increasingly like the rantings of a deranged man who has realized the game is up and there are no more MoD gravy-trains to hitch a ride on," Clarke said.

On the surface, it might seem that both Pope and Clarke would ideally present the U.K. UFO information to the public in a collaborative spirit designed to assure the public that the truth is out there.

But that's not been the case. Here's more:

"Clarke is one of the small number of British Ufologists who are absolutely obsessed with me to the point of putting in multiple FOIA requests to the MoD, to monitoring everything I say in any interview and then repackaging it as his own," Pope told HuffPost in an email.

"I think it's a matter of public record that there are two or three Ufologists in the U.K. who follow my every word and deed, take apart every statement I make and just obsess over me. And I think that part of this is because I did this for the government and they are obsessed with the idea of what MoD does or doesn't know about this."

Clarke's response: "I have put a lot of effort into the campaign to first persuade MoD to release these files and then spent five years working with the press team at The National Archives to open them to public scrutiny.

"As a skeptic, I never expected any praise from the UFO believer camp for my efforts, but I have been taken aback by the venom and pure malice directed at me personally that has greeted the completion of this disclosure project," Clarke said.

Whenever a new batch of UFO files had been released over the past few years, Pope and Clarke, seen below, were the go-to guys for information about the files. Yet, they've often given opposing points of view about the material, causing a sense of confusion to the public. 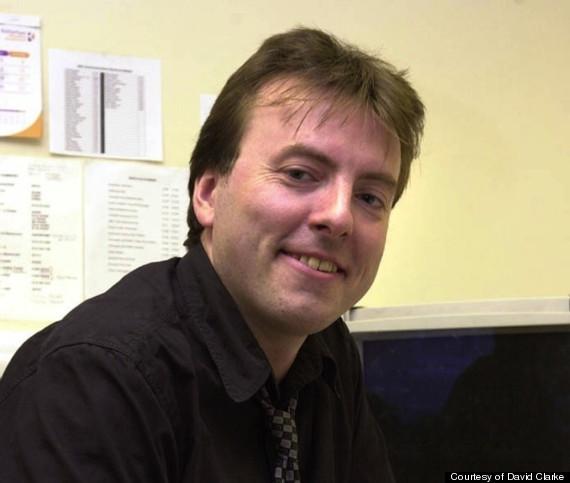 "Let me put it this way," said Pope. "I learned about UFOs at the MoD. It was my government job. David Clarke learned about it because he was a member of the British UFO Research Association. It was my government job and his hobby. That being the case, I'd done it from the inside, he looked at it from the outside. It doesn't surprise me that we come to different views."

And Clarke's retort: "I find it incredible that he continues to peddle the lie that he was the public face of the [UFO] project and I was just some clerical assistant brought to cover when he was too busy getting his face on TV. This is demonstrably untrue and I find it even more incredible that some people across the pond appear to believe him without bothering to check the facts -- just logging onto the National Archives UFO website is all that is needed."

One big issue that continues to drive a wedge between these two is the question of whether or not all U.K. UFO documents were actually released. Clarke says yes. Pope says no.

Pope: "By the MoD's own admission, Defense Intelligence staff files on the [military multi-witness] Rendlesham Forest incident were 'inadvertently destroyed.' MoD stated that a ship's log for HMS Manchester, that might have contained details of a UFO seen during a NATO exercise, was blown overboard by a 'freak gust of wind.' Gun camera footage of UFOs taken by RAF jets in the 60s, as well as UFO photos that were on my office wall for many years, have been 'mislaid.'

Clarke: "Fact: there are no other substantial papers being withheld. The onus on anyone who claims there are is to say what these documents are and which agency is holding them. The ones mentioned by Pope, i.e. Defense Intelligence files from the '50s and '80s, and gun camera footage, etc., were destroyed years ago and Pope knows this, so he is once again playing fast and loose with the facts, knowing that he has to keep making money out of this subject, and if there are no more mysteries, he has to find another way to earn his living."

One other item in this ongoing war of words is worth mentioning. It involves a story told by Pope in his 1999 book, "The Uninvited," in which he recounts an alien abduction that allegedly happened in Florida to someone named "Peter."

Clarke believes that it was, in fact, Pope who experienced this bizarre encounter and who has been trying to hide that fact from the world ever since it happened.

"Is it me or Nick Pope who is actually a repressed believer in alien abductions? The evidence suggests Pope is talking about himself and is so scared of being labeled a nut that he has gone to extraordinary lengths to play down this story. Was it because he was ordered to do so by his employers at MoD? We will never know because he has asked MoD not to release the files that contain his correspondence with them on this issue."

Pope's response: "Some Ufologists took exception to the fact that I used some pseudonymous cases in my alien abduction book. I replied that witness confidentiality applied without exception and added something like 'even if it was me,' as a joke. The joke spread and I replied that I could 'neither confirm nor deny' (NCND) the rumor. NCND is a Ministry of Defense in-joke, just as 'I could tell you but then I'd have to kill you' is an in-joke in the intelligence community. This was simply a bit of harmless fun at the expense of some of the Ufologists who take such an obsessive interest in me. I've never seen a UFO -- let alone from the inside!

"What I have, though, dealt with MoD about and asked them to withhold was all the private papers that have to do with the media work I do."

If there are any losers here, it must be the public, for the confusion this has brought up. After tens of thousands of pages of UFO files have been released by the U.K., who are we supposed to believe about how significant (or not) those documents really are?

It's probably too much to hope for Pope and Clarke to sit down together and iron it all out. But maybe all is not lost as Pope offers a bit of an olive branch to his opponent.

"'Useful idiot' is an old Soviet term for someone fooled into spreading propaganda, so it means somebody who's been duped and not somebody who's an imbecile. If Clarke was unaware of this, misunderstood my remark and took offense, then I apologize unreservedly."

At least that's a start.