Guitars, headphones, suitcases and vacuums -- an odd assortment of sorts, but the kind of things you'd expect to find at any local superstore around the corner. But what if we told you that you could find all this (and even a suit of armor!) at the Unclaimed Baggage Center in Alabama?

Welcome to the Land of Lost Luggage.

Filled with fun trinkets and quirky traditions, the store itself is massive -- over 40,000 square feet with enough departments to satisfy any shopper. Prices are about what you'd find at a local thrift store, coming in a little cheaper than market value. There's even a museum to house the Center's most unique finds, situated right between "women's tank tops' and 'women's dresses.'

We got the chance to interview the fine folks at the Center, and learn a little more about what they do there and what they've found. Here's what they told us:

In Scottsboro, Alabama to be precise.

2. And was founded by a man named Doyle.

In 1970, Doyle Owens trucked it to Washington, D.C. with a $300 loan and bought his first load of unclaimed baggage. Soon after, he left his job to become a full-time "bag man."

3. The store has a very quirky tradition. 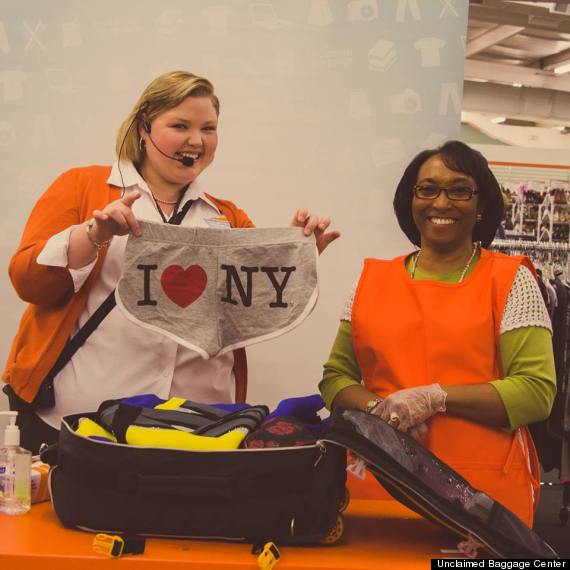 Every day at 2:30 pm, they let a customer unpack a bag to reveal whatever treasures lay inside.

4. And they get a TON of customers each year.

As one of the top tourist destinations in the state of Alabama, the UBC sees close to 1 million visitors annually, they told us.

On average, the UBC has 140 employees.

6. It takes a long time to become "lost luggage."

The airlines perform an extensive 90-day search to reunite a bag with its owner. If their efforts are unsuccessful, UBC purchases the leftover luggage.

7. But that luggage is WAY weirder things than you imagined.

From car engines and moose antlers to a full suits of armor and a six- foot- tall paper mache Tinkerbell, they've seen a lot of weird things. The weirdest finds (like this movie puppet from Labyrinth) are at the UBC Museum within the Center.

8. The saddest thing they've ever unpacked is really, really sad.

They've received containers of ashes, which are nearly impossible to trace back to someone as carry on items usually don't have an ID in them.

9. And some of the funniest items were kinda cheesy.

Apparently, some people like to travel with suitcases stuffed with cheese, vacuum-packed frogs and armadillos. Separately, of course.

10. But the best UBC finds were out of this world.

In order: A 5.8 carat diamond solitaire ring, a xylophone made from animal hide and bone and an underwater training camera that belonged to NASA- which was promptly returned!

11. The most purchased items are sort of unsurprising. 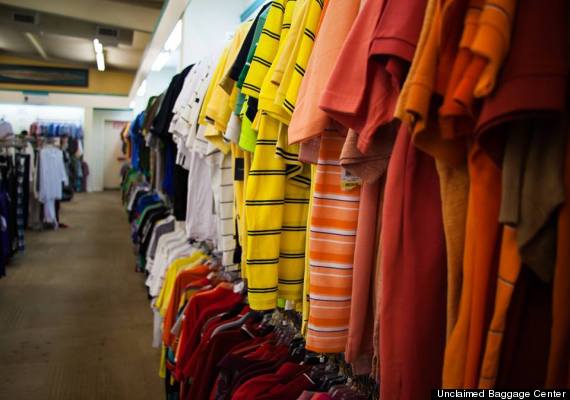 Diamond rings are hard to come by, which is why the items most people buy are what most people travel with -- clothes, electronics, books and household items.

12. Once, UBC actually sold something to the person who first owned it.

A man unknowingly bought his wife’s ski boots back after she had lost them on a ski trip two years prior. Upon seeing them she said they looked familiar, pulled out the tongue of the boot and there was her maiden name!

Certain items that are in poor condition (like the aforementioned luggage full of cheese) or don't go along with the "family friendly" theme, get thrown away. 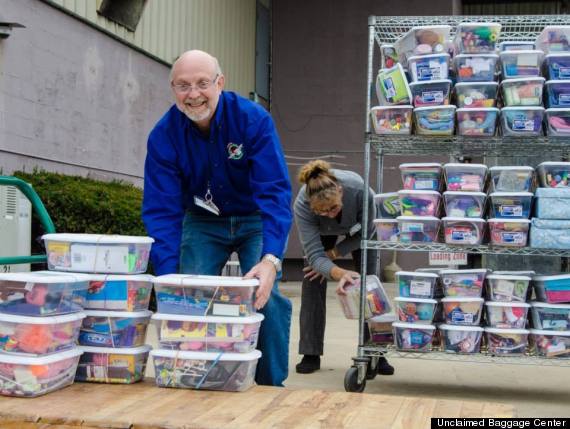 Though UBC is for profit, a third of items purchased are donated to The Salvation Army, Lions Club Sight First Program, medical mission teams and several locally-run Scottsboro charities.

15. Alas, there are certain questions they cannot answer.

They were unable to let us in on how many suitcases they purchase a year, but we're gonna go with A LOT.