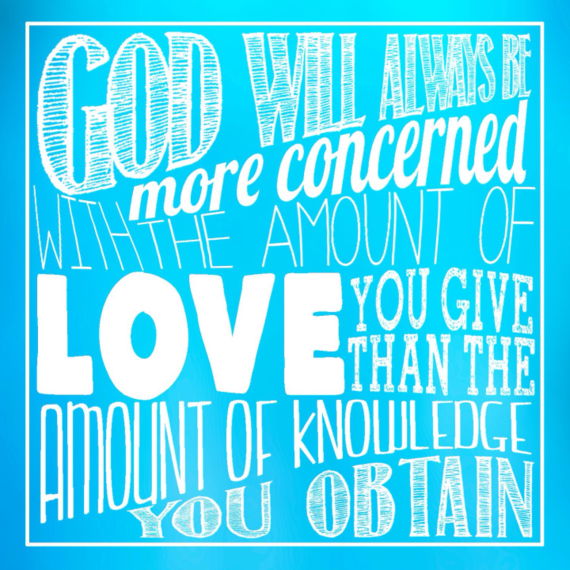 I had finished my radio show and was moved by the interview. The in-studio guests for the night were a former "Meth Momma" and her two teenage sons. Her youngest boy recalled the day his Mom was arrested, and remembered the cops finding two meth labs in the trunk of the car. He was nine at the time. She had now had been clean for more than a year. During that time, she found hope, grace, and a second chance. Her sons did, too.

As I drove away from the studio, I remember feeling uplifted. I'd just shared an example of putting radical grace in action. At the time, I was actively involved in a campaign by People of the Second Chance. In that show, we had tangibly overthrown judgment in the life of this family. I was feeling good.

I pulled into the gas station across the street. I got out, slid my debit card, and was filling up the tank when a black two-door car pulled up beside me. Their punk rock music was blaring and after a couple of minutes, I overheard the girlfriend say to her fella, "Are you serious? Declined again? We've got to get home!" I immediately felt bad for the couple. I eavesdropped a bit and could tell they weren't people who hang out around the pumps, begging for enough cash to get their next "fix".

The guy walked around to my side of the gas pump and asked if I could give them enough money to get home. Cigarette smoke mixed with the smell of gasoline.

The man in front of me was obviously gay.

And it wasn't his girlfriend. Well, it was. But she was a he, complete with long blonde hair and an Adam's apple. This was several years before Caitlyn Jenner. Also, we were in Birmingham, Alabama, a place where even the most "out" couples are excessively discreet. The couple would have blended into Los Angeles or Las Vegas. They couldn't possibly be from the buckle of the Bible Belt.

Well, this sure changes the story! Or does it? Why should it? Why should I be any less Christian or give any less grace or help to this homosexual guy and his cross-dressing partner? Does grace only extended to straight people? Does Christian charity and unconditional love actually have caveats? Should it? Are there places where Jesus says, "Tell you what, that whole thing about a cup of cold water in My name? It doesn't apply here."

My thoughts swirled as I considered what to do. I am convinced love is always right and hate is always wrong. So, am I going to be the same radio guy who hosts meth addicts and preaches radical grace when I'm at the gas pump and no one is looking?

I already knew there is only one right answer. Love is the answer. Always.

I pumped a few gallons for the couple. They thanked me profusely. As I shook the guy's hand, I was nearly knocked over by the stench of alcohol.

We chatted for a minute. I followed my gut and told him the point of life is that God loves all of us. He grinned and said, "Hey, what's John 4:24 say?" I had no idea.

I looked it up as soon as I got back in the car. "It's who you are and the way you live that count before God. Your worship must engage your spirit in the pursuit of truth. That's the kind of people the Father is out looking for: those who are simply and honestly themselves before him in their worship." (John 4:23-24)

It's who you are that counts. Your worship to God is the way you live. A few years ago, I would have ignored, shunned, and been disgusted by the scene that unfolded that night at the gas pump. The journey toward authentic faith became real for me in that moment.

The most effective way to destroy prejudice is by sharing tangible love, one opportunity or person at a time. If my Sunday morning song service doesn't match my response to a gay guy at the gas pump, I'm in trouble.

Love doesn't have caveats. Grace is for everyone, no strings attached. I thank God I can't get away with saying, "I'm a Christian ... unless you're gay and overdrawn".

As we departed, the guy gave a big smile and said, "Hey! Cool t-shirt!"

I had forgotten all about what I was wearing. REAL MEN WORSHIP GOD was plastered across my chest.