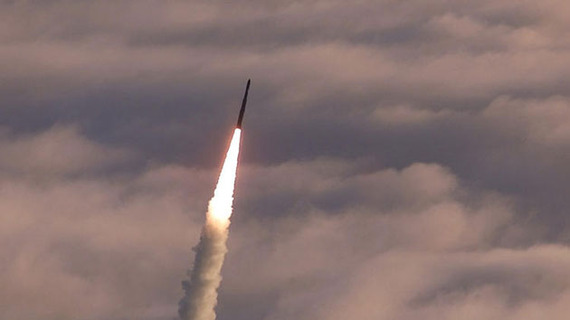 Congress is currently considering expanding the U.S. national missile defense system, despite the fact that -- nearly 15 years after the Bush administration began deploying it -- it has not been demonstrated to work under real-world conditions and is not on a path to do so.

What's the problem? According to a new report by the Union of Concerned Scientists (UCS), it's that old adage, "haste makes waste." Lack of accountability, UCS found, doesn't help, either.

In its rush to get the system up and running, the George W. Bush administration exempted the program from standard Pentagon oversight protocols. That ill-advised decision has not only run up a $40-billion price tag for the Ground-based Midcourse Defense (GMD) program, it also has produced a system that is incapable of defending the United States from a limited nuclear attack.

"The missile defense system is one of the most expensive and complex military systems in history, yet it is the only major defense program not subject to standard 'fly before you buy' performance standards," said UCS Senior Scientist Laura Grego, the report's lead author. "Fifteen years of this misguided, hands-off approach has resulted in a costly system that won't protect the homeland."

A Record of Failure

The goal of the GMD system is to defend all 50 states from an attack by a limited number of nuclear-tipped intercontinental ballistic missiles. The presumed culprit? Iran or North Korea.

Testing began at a methodical pace at the tail end of the Clinton administration, but in the wake of the September 11, 2001, terrorist attacks, there was a greater sense of urgency to deploy a system. Using North Korea's embryonic ballistic missile program as a pretext, the Bush administration withdrew the United States from the Anti-Ballistic Missile Treaty with Russia, which prohibited each side from fielding a missile defense system to protect its entire territory. That opened the door for then-Secretary of Defense Donald Rumsfeld to exempt the Missile Defense Agency from customary procurement rules and testing standards to field a system within two years.

The results have been abysmal. Since the system was initially fielded in 2004, the Missile Defense Agency has conducted nine tests pitting an interceptor against a target. The system failed to destroy its target in six of them, even though operators knew ahead of time when and where the target missile would be launched, its expected trajectory, and what it would look like to sensors. Despite that record of failure -- which has worsened over time -- the Missile Defense Agency currently fields 26 interceptors at Fort Greely in Alaska and four at Vandenberg Air Force Base in Santa Barbara County, California, and plans to install 14 more at Fort Greely.

That less-than-reassuring 33 percent success rate, however, doesn't tell the whole story. Not only would U.S. missile defense operators not know the coordinates of an incoming missile in the event of a real attack, but any country capable of launching a long-range missile also would be able to outfit it with decoys and other countermeasures that could fool the GMD system's sensors and interceptors. Analysts at UCS and the Massachusetts Institute of Technology pointed out that inconvenient fact in a joint report they published back in 2000.

Unfortunately, the Obama administration insists on continuing this charade. It has not reinstituted normal oversight and accountability standards, and continues to claim the GMD system could destroy future, hypothetical long-range missiles from Iran or North Korea. Earlier this year, for example, Brian P. McKeon, principal deputy undersecretary of defense for policy, told the Senate Armed Services Committee that the "U.S. homeland is currently protected" against such attacks.

Likewise, as the UCS report points out, a number of Pentagon officials have made "unsubstantiated claims about the system's effectiveness," but at least one insider -- Pentagon chief weapons tester J. Michael Gilmore -- has acknowledged the program's serious limitations. His 2015 report on the GMD system concluded that that the tests have been "insufficient to demonstrate that an operationally useful defense capability exists."

In plain English, there's no proof the system would work against a real attack.

Instead of demanding better performance, some members of Congress want to broaden the dysfunctional program's scope. Among other things, they want to build a third missile defense installation, which the Pentagon has not requested. They also want to develop a space-based defense system, despite the fact that a 2012 National Academy of Sciences study concluded that one with only a limited capability would still cost at least $300 billion.

Some even want to resurrect the idea of a building a missile shield that would defend the nation from a massive attack. The 1999 National Missile Defense Act called for deploying an "effective" system that would protect the United States from a "limited" nuclear attack. It was purposely defined that way to avoid provoking Russia or China into expanding their nuclear forces as a counterweight. The current fiscal 2017 draft defense authorization bill in the Senate includes an amendment proposed by Sen. Ted Cruz (R-Texas) that would delete the word "limited" from the legislation. Rep. Trent Franks (R-Ariz.) went even further in the House version of the 2017 authorization bill, tacking on an amendment that would strip both "limited" and "effective" from the 1999 law.

"Given the missile defense system's sorry track record, it would be reckless to expand it," said Grego, "not to mention the fact that it would only serve to exacerbate tensions with China and Russia. What Congress needs to do now is demand accountability, not promote a technologically and economically unrealistic pipe dream. And that means putting the missile defense system back under rigorous oversight. We still have serious doubts it would ever work in a real-world situation, but until there's some accountability, we will never know."