You think Los Angeles and you think glam if not garish, all surface, no history, no foundation. Not only is there no there, there: folks laud this nothing as a something. It's not unjustified, of course. It's just that, in the hands of an artist like Victor Hugo Zayas, the Los Angeles cityscape offers more, much more. Paul Schimmel's MOCA show Helter Skelter suggested a noir underbelly to the city. This exhibition displays its monumental skeleton. 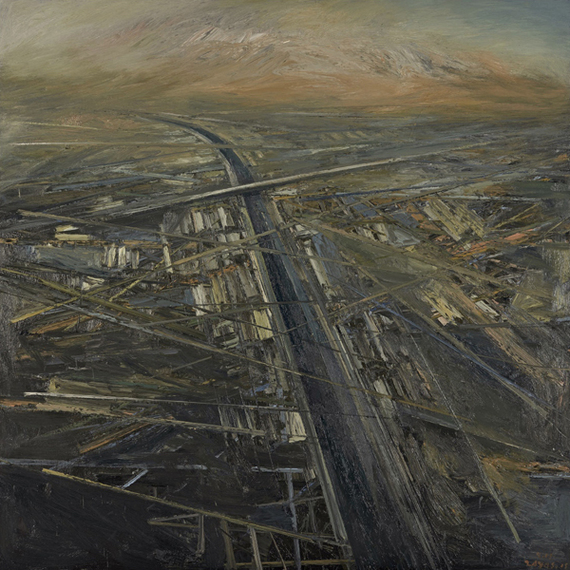 With raw glory and visceral righteousness, the show presents 40 recent works. The work roils. It seems impervious to logic. Like rush hour traffic, its fibrillation seems random, if not chaotic. The paint is gooey. Its lines are violent. Its compositional zigzag of overpasses, cross streets, and the River itself are never still. In the context of the city's atmospheric, ecological, and economic conditions, these elements make sense. You can see it in the occasional photochemical sunset. It's there in the thing-ness of the water's ecological systems. as well as in the skein of trucks that haul shipping containers from Long Beach. If you didn't live here, you'd think the painting documents a noxious, impersonal climate. Nothing could be further from the truth. 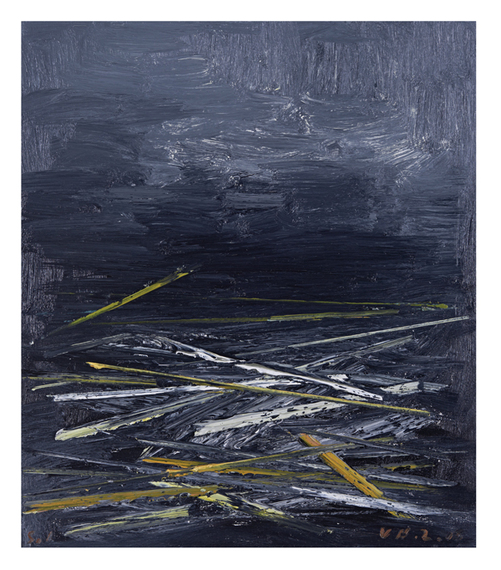 Zayas doesn't just work on both banks of the River; he inhabits them. Then, oracle-like, he turns his observations into urban epics. He doesn't just document the riverscape's vicissitudes, he undergirds them. Impressionist paintings these are not. Some of his work provides us with a 40,000-foot high vantage point. Their now-obvious structure lets us understand the coherence behind the River's dynamism and vibrancy. Monet has his haystacks and his Rouen Cathedral - the Tijuana-born Zayas, our Zayas, has his LA River, our LA River. You can rail against the city's industrial grittiness but, like a good debater, Zayas frames the argument. Where we might look at Los Angeles as a visual prelude to Armageddon, Zayas finds beauty and coherence. (He's not the only Angeleno artist that does so. Lisa Adams looks at the exact same things that he does. Like him, she finds provisional or conditional beauty that doesn't seem imaginable.) 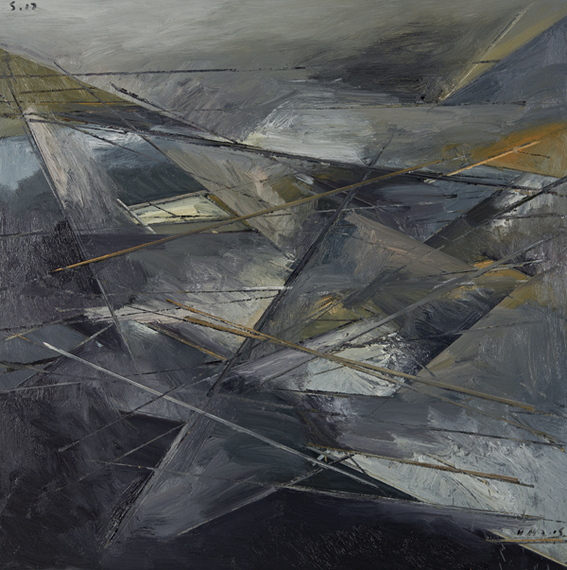 He works at the cusp of the second- and third-dimensions. Up close, the paintings look sculptural. They loom heavy and massive. If you placed the overhead lighting in a particular way, the paint's texture would cast shadows. Another body of work - he calls them astrophysiogical sculptures - comes from a visit to the Mexican state of Michoacan. Like an ancient Greek poet/scientist/philosopher, he studied the stars. Gleaning an underlying structure, he cast bronze sculptures of the lines that led from one star to another. Call him the Rodin of constellations. 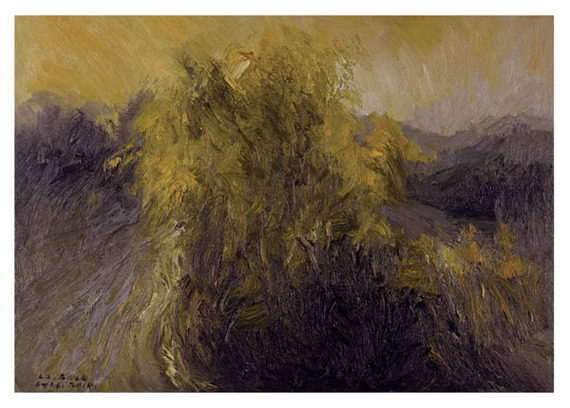 The LA River is a hot topic now. Development plans are afoot. That's understandable. Paris has its Seine, why shouldn't Los Angeles have its own commercial tributary? Before all that, though, comes the history of the River. Zayas captures it with near abstract depictions of concrete, marine life, and commerce. This history reminds us that one thing connects the disparate parts of DTLA. That's the River; in all its wending, timeless glory. The Mississippi has Mark Twain. The LA River has Victor Hugo Zayas. 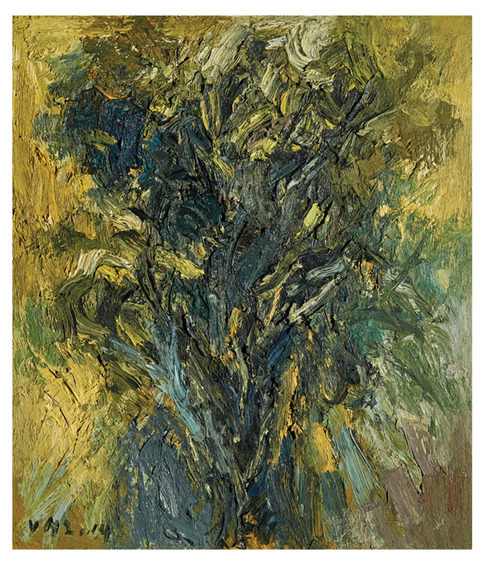