The jury is still out on whether women are surpassing men financially, but when it comes to voter turnout, women evidently are in the lead.

A new infographic commissioned by digital media organization Take Part's voter engagement campaign, and posted on Daily Infographic, shows exactly who voted in the 2008 elections -- and who chose to stay home. Sixty-four percent of Americans who were eligible to vote cast a ballot, but the infographic shows that voter turnout differed dramatically by gender, income level, age, marital status and geographic location. Specifically,

--You're more likely to vote if you're married (or have been married previously) than if you're single.

--White and black voters were significantly more likely to cast a ballot in 2008 than Hispanic and Asian voters.

--More education means more voting. Only 50.5 percent of eligible Americans who didn't graduate from high school voted in 2008, while 85.5 percent of people with advanced degrees (Masters, PhDs etc.) turned out.

The stat on gender and voter turnout seems to justify the candidates' focus on female voters in the lead-up to the November 2012 election. Both Obama and Romney have increasingly courted women -- Obama even addressed the 5,000 attendees of the annual BlogHer conference at the beginning of August. And although the infographic indicates that married people vote more than unmarried people, the president has made a special effort to reach unmarried women. According to the Voter Participation Center, he would have lost his election bid in 2008 without the support of this growing demographic. Unmarried women currently make up 26 percent of the voting population and that number is only going to increase. 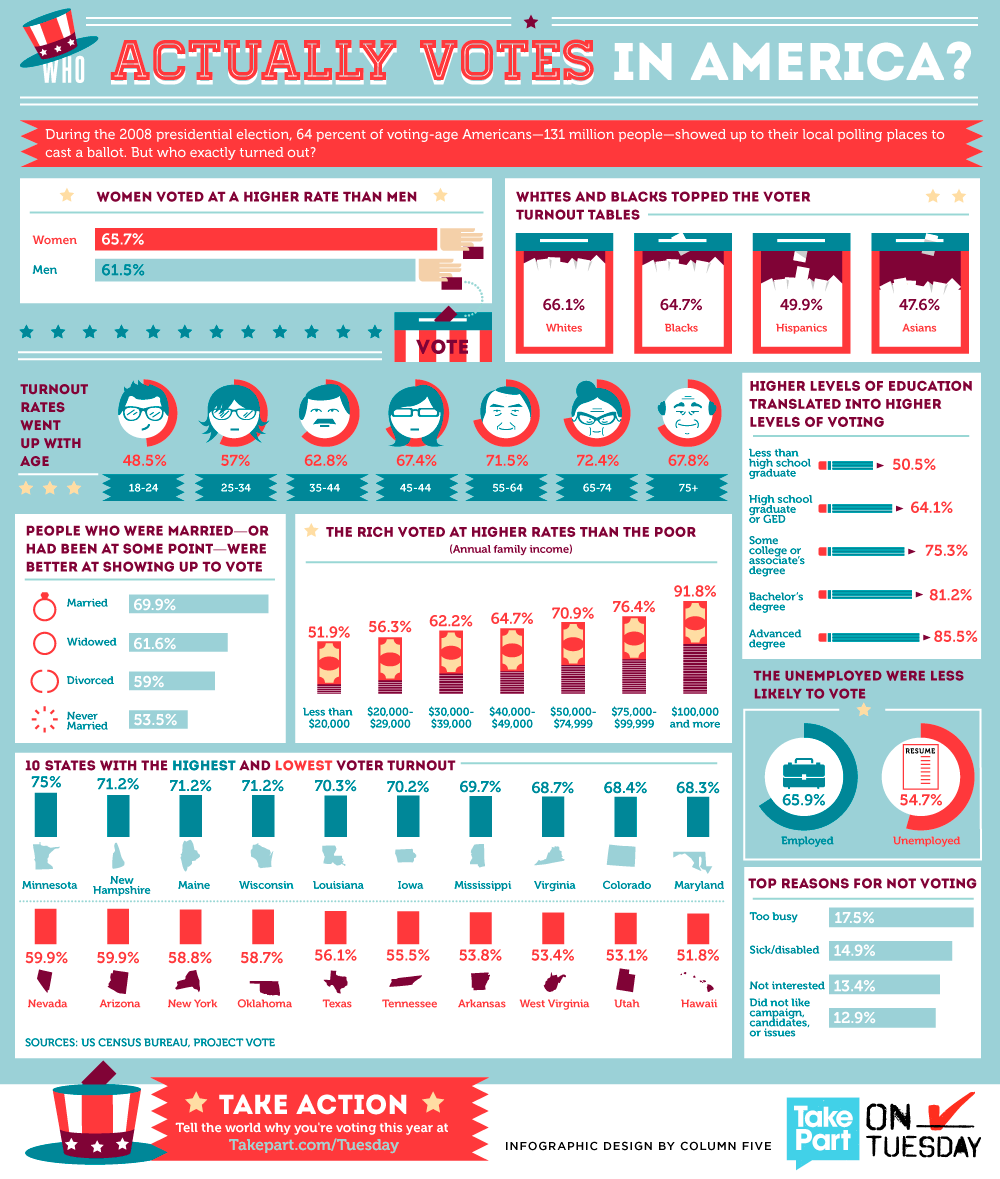