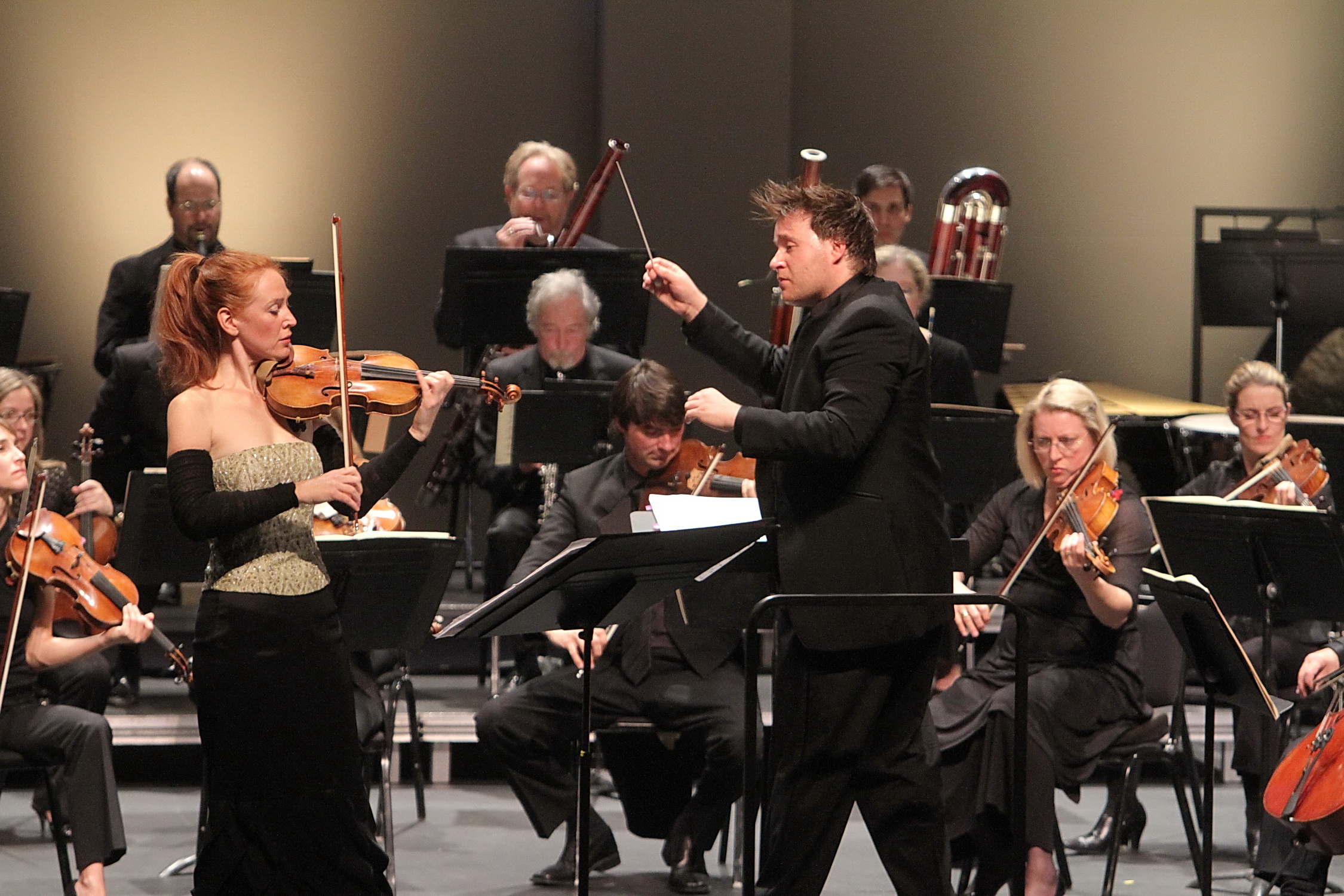 The Los Angeles Chamber Orchestra sported something of a British accent at its latest mid-November outing. Premiered was a new violin concerto by the English-born, and until recently London-based, composer Benjamin Wallfisch, who also conducted the program. LACO commissioned the concerto for Tereza Stanislav, who performed it on the occasion of her 10th anniversary as assistant concertmaster with the orchestra. The evening had begun with Sir Edward Elgar's "Introduction and Allegro for Strings" and concluded with Beethoven's second symphony.

Wallfisch has resided full-time since 2010 in the city of Santa Monica, in Los Angeles County, and divides his time between film and concert music as a composer and conductor. He describes his concerto as exploring the violin's "extremes as a lyrical instrument and fiery virtuoso machine." Written in three movements with an extensive cadenza, it reflects "extraordinary feats of human agility and aggression" with contrasting passages adding to the dramatic tension that leads to the climax.

I caught the second of its two performances over the weekend, this one at UCLA's Royce Hall, and found the work full of brilliant colors and quite accessible, for all its tonal dissonance. The first movement suggested a cluttered clash of urbane sensibilities, the second a series of long and soulful utterances that collectively became the work's central statement, and the finale a lapidary exploration of subtle interplay between soloist and orchestra. As a welcome entry into the concerto repertory, only its first movement seemed in parts problematic. Orchestral textures might have been a bit overwritten; certainly they were overbalanced. While Stanislav's violin was busy in middle-register filigree, the orchestra's fusillade of aggressive colorations dominated the soundscape and all but drowned her out.

There was nothing problematic about Stanislav's performance, however. With her sweet tone, brilliant phrasing, uncannily pointed rhythm and pure intonation (even at the violin's highest and lowest extremities), she delivered a convincing advocacy for the concerto. The LACO commission brought not only this intriguing new work to the concert stage, but also confirmed the aristocratically poised Stanislav as one of the finest exemplars in a highly competitive field of Southern California violin virtuosos.

Elgar's "Introduction and Allegro for Strings" is a work for string quartet and string orchestra that displays virtuosity as it evokes both the grandeur and frivolity of Baroque-era concerti grossi. Its dotted rhythm introduction reminds one of Handel's similar treatments. Following this are a series of lovely English and Welsh tune treatments that give the work evocative and appealing dignity, occasionally a kind of lyric grandiosity. Wallfisch had his LACO strings lean deep into their bowings to produce a rich-toned tapestry that sacrificed nimbleness for velvety sheen and a certain lugubrious pomposity not at all unidiomatic in the piece. It was a performance of tone-over-pulse, but charming in its own veddy English way.

Likewise, Wallfisch's monumental approach lent LACO's rendering of the composer from Bonn's Symphony No. 2 in D Major, a big-boned Beethovenian luster, rather than its oft-misplaced categorization as a last nostalgic gesture toward the classicism of Haydn and Mozart. The work's rhetoric and its textures were handled well -- the winds and brass had a field day -- and every tempo seemed gauged as perfectly as the British rail system in its halcyon days.

The performance confirmed this sometimes overlooked symphony as just one temperamental step away from the Eroica that was to follow a couple of years later. As a consequence, LACO sounded a lot like its older and heftier counterpart at Disney Hall.