"I think that calls for a song."

Billionaire Warren Buffett took to his ukulele to sing an ode to Coke in honor of the 100th anniversary of the beverage's contoured bottle. The avid strummer played his own version of the popular "I'd Like to Buy the World a Coke" commercial from the 1970s, as part of a new ad celebrating the brand's iconic container.

Buffett, 84, made headlines earlier this year when he told Fortune's Patricia Sellers he was "one quarter Coca-Cola," and eats "like a six-year-old." He said he drinks at least five, 12-ounce servings of the beverage every day: regular Coke at the office and Cherry Coke at home.

Buffett may imbibe massive amounts of cola — and appear in their commercials — but he hasn't always been a fan of the company's decisions. Coca-Cola was reportedly pressured to change what Buffett called an "excessive" executive compensation plan after facing criticism from shareholders, The Wall Street Journal reported last May. His company, Berkshire Hathaway, holds $16 billion in Coca-Cola stock, about 9 percent of the company.

Business aside, the quirky anthem is a fitting serenade to the brand. 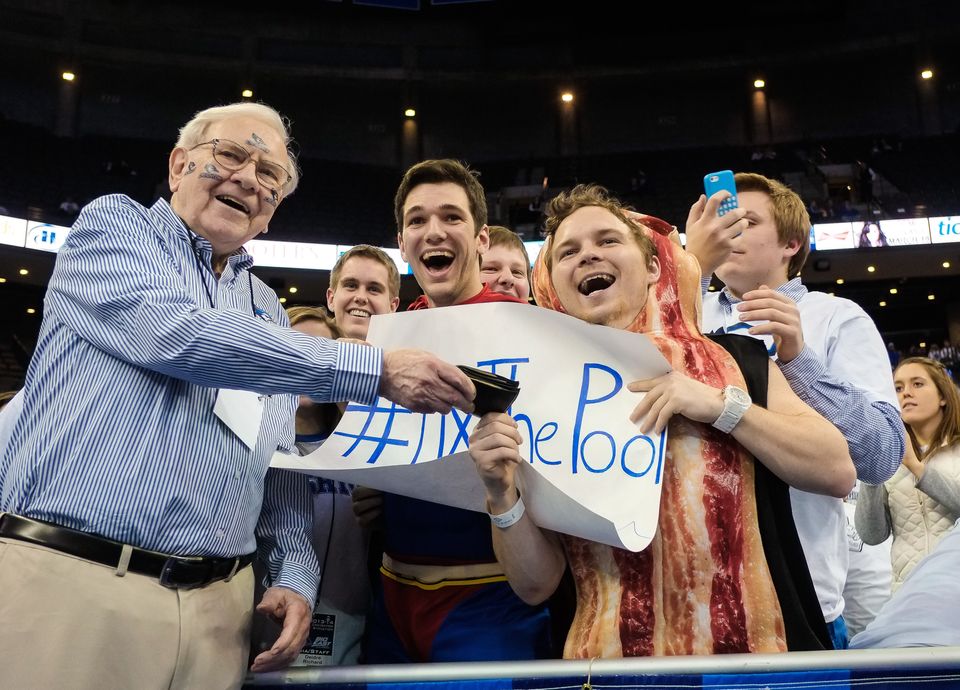