A Charlie Brown Christmas is one of those rare examples of a piece of popular culture that could truly be termed an "instant classic." It first aired on CBS on Thursday, December 9, 1965 and was a massive ratings success. It won an Emmy Award for Outstanding Children's Program and it also won a Peabody Award for distinguished achievement by a television program. It has aired on television every year since 1966 (up to 2000 on CBS and on ABC since 2001) and continues to be a popular program even as it hits its 50th anniversary this season. 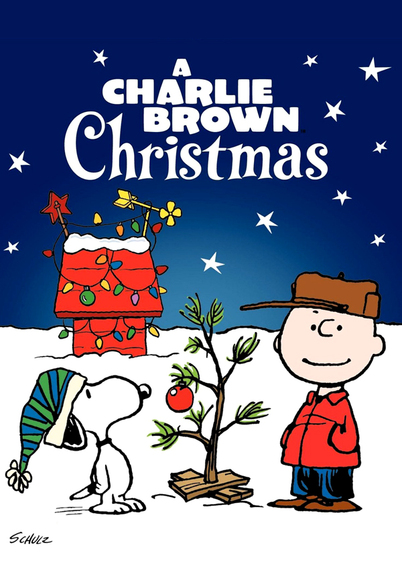 The most striking aspect of A Charlie Brown Christmas is its message, a message that stood out at the time (and made TV executives nervous) and stands out even more today. The program speaks out against the over-commercialization of Christmas as well as the secularization of the holiday. Charles Schulz wished for the special to tell the "true meaning" of Christmas, which is shown in the special when Linus recites the Nativity story from the Gospel of Luke at the climax of the story. However, a fascinating somewhat less told aspect of the program was that it came about because of commercialization! In fact, the original program had two since-edited scenes featuring its original sponsor, Coca-Cola! Read on to learn about the scenes as well as the very commercial origins of A Charlie Brown Christmas.

The origins of the special go back to when animator Bill Melendez animated Schulz's Peanuts comic strip characters for a series of Ford Motor commercials for a number of years during the early 1960s. In 1963, Lee Mendelson, a TV producer, decided to make a television documentary about Schulz and Peanuts and had Melenedez do some more animation featuring the characters as part of his pitch to sponsors. Mendelson also had Vince Guaraldi write a piece of music for the documentary called "Linus and Lucy." The documentary failed to net a sponsor so it was never completed. However, a number of possible sponsors saw Mendelson's pitch, so in 1965, after the Peanuts gang hit the cover of Time magazine (quite a feat at the time), 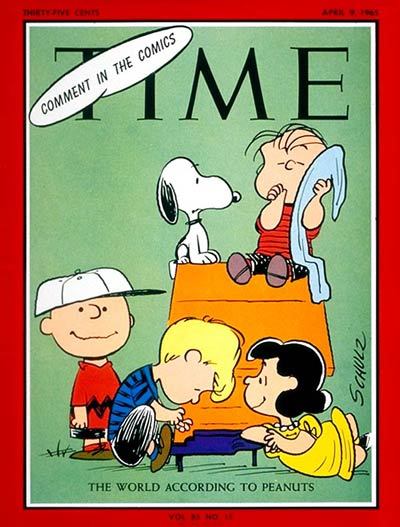 One of those sponsors, Coca-Cola, became interested in Peanuts again and asked Mendelson to work up a pitch for a Christmas special featuring the characters. Mendelson very quickly jotted down ideas and many of his initial ideas made their way into the special (most notably "sad tree").

It was very common in the early days of television (and well into the 1960s) for the sponsors of the program to be worked into the program in some capacity. This would often result in some connections that look bizarre in hindsight, like the Beverly Hillbillies' theme song including a verse about Kellogg's cereal or seeing Fred Flintstone and Barney Rubble smoking Winston cigarettes. In fact, when these integrated forms of commercials were phased out, it was not because of any sort of idealistic art vs. commerce decision, but rather that it eventually became too expensive for any one sponsor to sponsor an entire television series, so the more sponsors that you had, the less opportunity you had to plug any given one in your program (as it would not please your other sponsors to pay you to advertise some other company). That is exactly what happened with A Charlie Brown Christmas.

In the original version of the special, there is a famous scene early on with all of the kids ice skating on a frozen pond. Linus and Charlie Brown join the group but Snoopy grabs a hold of Linus' blanket, entangling both Charlie Brown and Linus and spins the two dramatically and then lets go, sending both boys flying. Charlie Brown hits a tree and is then covered by snow, with the title card "A Charlie Brown Christmas" then appearing. Did you ever notice, though, that we never get to see where Linus ends up? That is because in the original version of the program, Linus eventually hits a sign advertising Coca-Cola.

For years people have been searching for the scene, but it was only recently that it finally showed up on the internet. Here it is, in all of its glory:

Similarly, at the end of the program, as all of the children join together and sing "Hark! The Herald Angels Sing," a voiceover spoke over the song to note "Merry Christmas from your local Coca-Cola bottler" (this was back when most areas had a local Coca-Cola bottler). Well, upon the success of A Charlie Brown Christmas, a second Charlie Brown special was made in 1966, Charlie Brown's All-Stars. Dolly Madison snack cakes had struck a deal with Schulz to use the Peanuts characters extensively in the promotion of their products (each of their fruit pies had a different Peanuts character on it) and they joined Coca-Cola in sponsoring both this new special and the Christmas special. The All-Stars special opens with both Coca-Cola and Dolly Madison being featuring prominently in the opening credits (this, too, has long been edited out of the Charlie Brown All-Stars special in subsequent airings and DVD release). However, Dolly Madison did not want Coca-Cola to maintain its singular position in the opening of A Charlie Brown Christmas now that it was co-sponsoring the special, so the early scene was excised and a Dolly Madison voiceover was added to the end of the special following the "Merry Christmas from your local Coca-Cola bottler" bit. Eventually the voiceovers were eliminated, as well.

A final interesting wrinkle to the whole "commercialization of a program about anti-commercialization" comes from selected editing of the program over the years. You see, as time has passed, more and more time is being devoted in every television hour to commercials. In 1965, there was roughly nine minutes of commercials per television hour. Today, there is a roughly eighteen minutes per hour. We have obviously reached this point very gradually, so selected edits to A Charlie Brown Christmas have been made over the years. The first major edit was the removal of the scene where the children throw snowballs at a tin can (one rumor that I have not been able to substantiate in any way was that the tin can originally was a Coca-Cola can. Seems believable, but I have no information at all to verify that). This scene was missing for over a decade but now appears again when the show is re-aired in its entirety (ABC often does two showings of A Charlie Brown Christmas, one showing that trims even more scenes from the special to get it down to roughly 22 minutes and another that adds a bonus cartoon to the original un-edited version to get it to 44 minutes so that it can run in a full hour-long time slot).

All together, it is a fascinating little part of Peanuts history.

Be sure to check out my archive of TV Legends Revealed for more urban legends about the world of television. And click here for more Christmas-related legends!