Advertising and pop culture have obviously gone hand in hand for decades, from Charlie Brown and his friends shilling for Coca Cola to the Flintstones selling cigarettes. However, one of the sneakiest mixture of advertising and fiction occurred in the classic 1971 film, Willy Wonka and the Chocolate Factory, a much-beloved film musical adaptation of Roald Dahl's classic children's novel, Charlie and the Chocolate Factory. 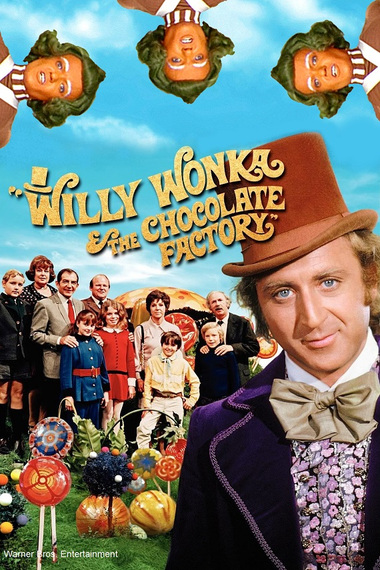 The film tells the story of a young, good-hearted (but very poor) boy named Charlie who is given the chance (by discovering one of five "Golden Tickets" in a chocolate Wonka Bar) to take a tour of the famous candy factory owned and operated by the mysterious Willy Wonka. 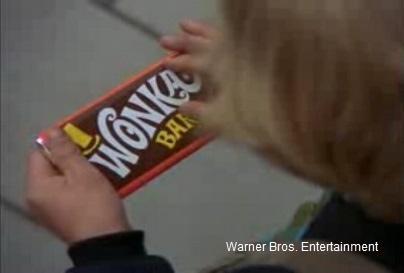 As it turns out, Wonka is using this tour as a way to determine if any of the five children on the tour have the moral fiber to be his successor as owner of the candy factory when Wonka retires. He ends up choosing Charlie. While the film was not a significant hit when it was first released, it has since become a major success on video, DVD and re-airings on television. The film's songs, in particular, are very memorable, from "The Candy Man Can" (which was a #1 hit for Sammy Davis Jr.) to "Oompa Loompa" to "Pure Imagination." However, amazingly enough, when the film was originally produced, it was as part of a promotional tie-in for a new candy company! Read on for the strange tale!

This story really begins in a strange place in film history - the near-collapse of the U.S. film industry in the late 1960s/early 1970s. A series of major commercial failures and a changing economy saw weekly movie attendance in the United States drop from 44 million in 1963 to under 20 million at the end of the decade to a low of just 14 million in 1971. It was a staggering drop-off that led to a great deal of financial panic for all the major studios. Many of these major companies were now extremely cash-poor. Never was this made any clearer than when Warner Brothers was purchased in 1967 by the little-known production company Seven Arts. The newly combined company was then purchased by Kinney National Company in 1969, a parking lot company that had recently purchased DC Comics in 1967 (you can read more about it in this old Comic Book Legends Revealed). So for really the first time since the very beginning of the film industry, the system was wide open for new companies to get involved in making films. Tax breaks and tax shelters introduced during the Nixon Administration also made film investment seem like a logical avenue for companies who would not normally be investing in films. In addition, film studios became more and more interested in distribution contracts where an outside investor would pay for the actual film and then a big studio would cut a deal where they would distribute the movie and they would then split the income with the original investor. You see, while outside investors could fund a film, the big studios were still the only game in terms of actually getting a movie distributed to theaters. So that was a notable way that film studios saved some money in the early 1970s. By the end of the decade, film studios had re-taken their position as king of the mountain, but for a period there in the early 1970s things seemed really up for grabs. Enter the Quaker Oats Company and the 10-year-old daughter of director Mel Stuart.

Mel Stuart was the Vice President of The Wolpert Organization, a television and film production company run by David Wolpert. Stuart directed a number of documentaries for the company and as the 1960s ended, Stuart had finally gotten the chance to direct his first theatrical film release, If It's Tuesday, This Must Be Belgium (an early starring role for Ian McShane). Now he was looking for his next project and he found it in a book that his daughter had read a number of times, Charlie and the Chocolate Factory. She told him that he should make it into a movie and he agreed. He approached Wolpert about it. Wolpert agreed that it was a good idea for a film. Interestingly enough, though, Wolpert had just recently produced a television special that was sponsored by the Quaker Oats Company. Discussions between Wolpert and Ken Mason, the advertising executive who handled the Quaker Oats account, led to Wolpert learning that Quaker Oats was interested in a project that could help promote a new chocolate candy bar that they were developing for their Breaker Confections subsidiary. Wolpert quickly brought this (rather unconventional) idea to them. Quaker Oats would completely fund this new project and then get a major studio to distribute it (since Quaker would be paying for it themselves, they'd be able to negotiate a very favorable distribution deal). Then they would launch a candy bar to coincide with the film. They would make their own chocolate Wonka Bar. Thus, they would make money from the ticket sales to the film while also having one of the great opportunities for advertising a product. That is why the name of the film was changed to Willy Wonka and the Chocolate Factory from Charlie and the Chocolate Factory, as Willy Wonka was what Quaker wanted to advertise.

So Quaker Oats financed the film, Wolpert produced it and Mel Stuart directed it (Wolpert bought the film rights from Roald Dahl for $200,000 and the agreement that Dahl would write the screenplay. Eventually, screenwriter David Seltzer would do an uncredited re-write on Dahl's script). It was not a major hit as a film, but it did, in fact, launch a popular candy company. Quaker Oats used the Willy Wonka Candy Company name for their new line of candy products (with Breaker Confections eventually becoming officially known as Willy Wonky Candy Company). Amazingly enough, Quaker Oats ended up not actually making a Wonka Bar! They just couldn't get the recipe down right. When the film and the new line of candy launched in 1971 and early 1972, respectively, the only products the company made were Super Skrunch bars and Peanut Butter Oompas.

It was not until 1975 that the Willy Wonka Candy Company actually made Wonka Bars.

However, the candy company itself turned out to be a lasting success, and other products from the film (most notably the Everlasting Gobstopper) were used and became big successes.

Quaker sold the candy company to Nestle in 1988. By then, Quaker had also sold the film rights to Willy Wonka and the Chocolate Factory to Warner Brothers. So while the film was not a huge success for Quaker, the cross-promotion sure worked out for them!

Thanks to Jason Liebig of CollectingCandy.com for the candy wrapper images.