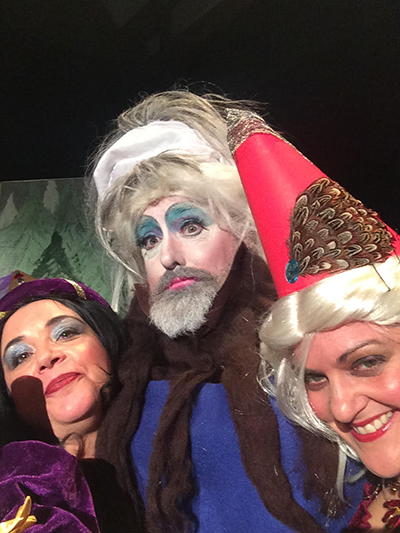 Robin Hood - A Very British Pantomime is at the Burgdorff Performing Arts Center.

A very loud British holiday theater tradition is wowing audiences in New Jersey with Robin Hood: A Very British Pantomime. For the many who do not what the British Panto art form is, this slapstick, participatory show is a really terrific treat for all the family. Panto, a hilarious and fun British holiday play, tells a fairy tale in a vaudevillian manner. It almost always has a boy lead played by a girl, a Dame played by a man, and lots of singing and jesting. Chrissy and Ridley McIntyre lead a production team that has brought this joyful festivity to New Jersey for two years already. Now in their third production, they are tackling a staple of folklore and Hollywood alike: Robin Hood. This from the hilarious plot description: "Join Robin Hood and his band of merry outlaws, the feisty Maid Marian and her nanny Matilda, his young apprentices the Hoodies, the Real Housewives of Sherwood Forest and a mysterious deer as they fight together to stop the Sheriff and his sidekick Guy of Gisbourne's wicked plan to overthrow the king!" 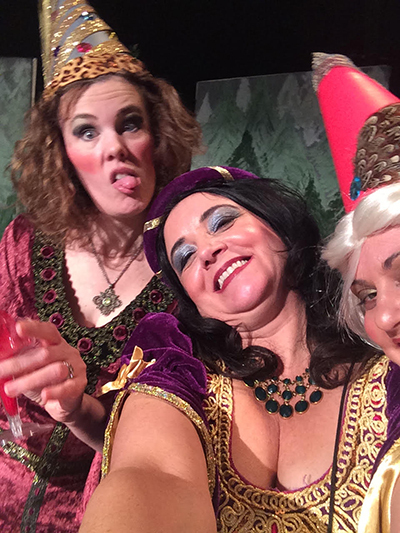 "Pantos are lots of fun because you don't have to do what's expected in a normal play."-- Alexandra Krim

Robin Hood is a lot of fun, and you can feel good about supporting it too! In the past two years of sold out shows, the McIntyre's have raised over $9,000 for charity with their productions. This year continues their tradition of using the pantomime to raise money for two local charities: Rent Party and St. Hubert's Animal Welfare Center. The show is also a family enterprise, from the husband and wife team at the helm, to the many children acting alongside their parents. Whitney Pillsbury, playing the 'Dame', describes watching his son develop during the process: "I've watched my son go from being too shy to try out for the part to being a very professional young thespian. He has become responsible for his own wardrobe and cues and I could not be more proud of him." And perhaps the best advertisement comes from Alexandra Krim, a 13-year-old member of the cast, who says: "Pantos are lots more fun because you don't have to do what's expected in a normal play." So if you are in the area, be sure to check out this hilarious very loud version of a fairy tale classic. 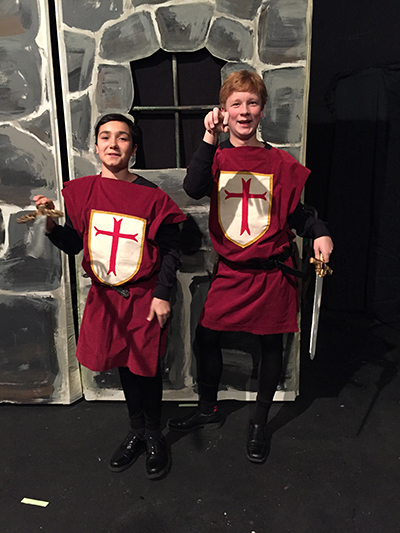 "I've watched my son go from being too shy to try out for the part to being a very professional young thespian." -- Whitney Pillsbury 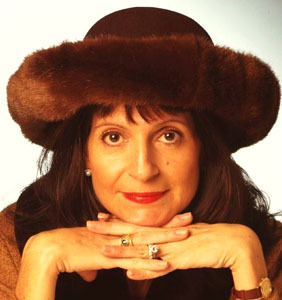 (Photos are courtesy of Suburban Legend)