The cult of Wegmans fanatics is about to get a bit bigger. 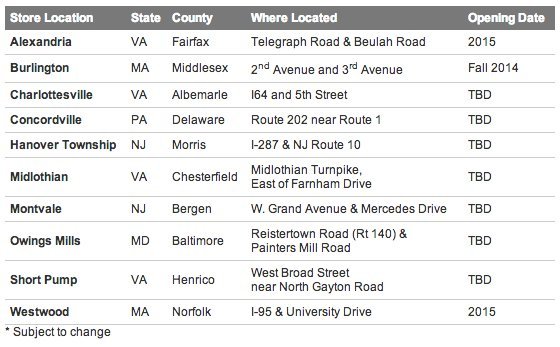 The company also opened a store in Chestnut Hill, Massachusetts, in late April.

Unfortunately, Wegmans isn't expanding into any states where it doesn't already have a store. The regional chain already has 84 stores in six states -- the five where it will open its new locations, along with New York.

Wegmans was recently named the best supermarket chain in America by Consumer Reports. It's well-known for its fresh food selection and its treatment of workers. The store is so popular it has even inspired a high school musical.

This post has been updated with a statement from a Wegmans representative, that the chain is opening 10 new stores over the next three years, rather than two, as previously reported.