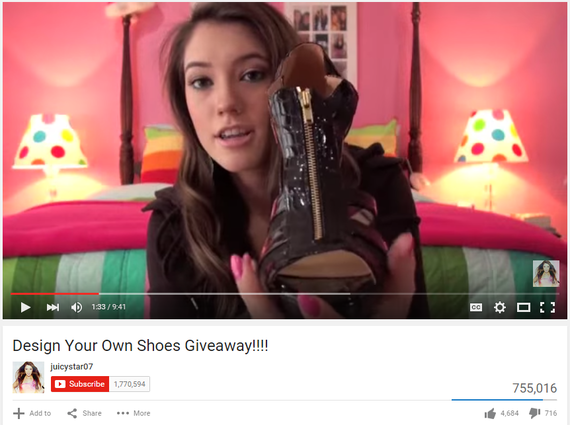 On March 15th, 2010, 16 year old vlogger Blair Fowler published a new video ("Design Your Own Shoes Giveaway!!!!") to her YouTube channel. Fowler described how she recently came to design her own shoes, then offered viewers a chance to win a custom-made pair. In under two weeks, the video received nearly half a million views and the video's sponsor, Shoes of Prey, reported "a permanent 300 percent uplift in sales."

This is a brilliant example of branded content at its best, but many businesses still fall flat on their faces when experimenting with new media campaigns featuring social influencers. Shoes of Prey's success can be attributed to more than just good luck; the team was careful to pick the perfect YouTube creator delivering the perfect message to her viewers for this campaign.

As humble individuals become viral phenomenons seemingly overnight, brands ought to understand what it means to work with an influencer and how to manage those relationships to ensure strong alignment between brand, creator and audience needs. Here are a few tips that may help:

Audit their reach, resonance and relevance

Fakes are everywhere. To boost their egos and inflate followings, many social media users buy followers. In cases in which massive followings were grown organically, some influencers may have lost touch with their large audiences. Without likes, retweets, favorites, or reshares on their latest posts, a social media account with 100,000 fans may be worth as little as one with no followers.

The answers reveal whether or not the influencer in question is a good fit for any of your marketing initiatives.

According to Nielsen's Global Trust in Advertising and Brand Messages report, "Word-of-mouth recommendations from friends and family, often referred to as earned advertising, are still the most influential, as 84 percent of global respondents across 58 countries to the Nielsen online survey said this source was the most trustworthy." The right talent on social media can create tremendous value for your business, while poor brand alignment with an influencer can lose consumer trust and ruin reputations.

Avoid measuring a person's influence and popularity by the number of fans, followers or subscribers.

Giancarlo Massaro, founder of FitMud, advises, "Ignore the numbers, and find the right people to work with." Brands become overly excited when they see that someone has a large social media following.

"If it is not the right audience for you or your brand, then it does not matter," Massaro says. "We made the mistake of picking two influencers to work with who we went with because of their large subscriber base, rather than how good their [YouTube] videos were. Turns out we received unprofessional videos that you could tell were very rushed and it did not appear that they had even used the product as they kept repeating the same things over and over again." To vet the right talent, you should carefully review the quality of the branded and organic content they publish and their audience demographics.

On social media, the early adopters had an unfair advantage, rising to popularity because those that signed up afterwards often followed them by default. But when they finally reached superstardom, the quality of the content these social media users produced and their engagement with their audience waned. Too busy to even say "thank you," those with long-established fan bases have become comfortable and, arguably, lazy.

As competition for consumer mindshare gets fierce, many new social media personalities are trying their hardest to outshine the competition -- and these are the people you want to work with. In under 26 months, Eva Gutowski became every girl's new best friend, amassing 2 million subscribers for her YouTube channel Mylifeaseva. Over the next few years, we will witness many more influencers skyrocketing to popularity in an even shorter amount of time. For brands, this is an opportunity to choose to work with rising stars long before they become celebrities.

What is your biggest success story when working with social media influencers?

This post originally appeared on the Central Desktop blog and is republished with permission.

Danny Wong is the co-founder of Blank Label, an award-winning luxury menswear company. He is also a digital marketing consultant and freelance writer. To connect, tweet him @dannywong1190.