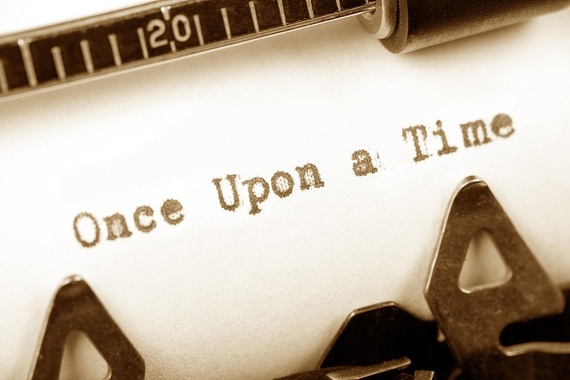 I've had the great fortune of interviewing many acclaimed authors. They always have much to say about the craft of writing. One of the questions I've asked often has been What has surprised you about the writing life?

Here is what some of those widely read authors said:

Sue Grafton: I'm an introvert. I love that about my life, but it's part of my job to get out in the marketplace and promote my books. It surprised me to learn it was expected of me; and it surprised me even more that I've become quite good at it.

Linwood Barclay: The biggest surprise I think is that becoming an author has afforded me the opportunity to experience humiliation in ways I never knew existed. You think, 'Wow. I'm a published author, now.' Then you go to a bookstore event, and absolutely nobody comes. The only thing worse than nobody coming to an event, is if only one person shows up. If nobody comes, you just go to the nearest bar. But if one person is there, you have to talk, and maybe even sign a book, if one manages to get sold.

Sara Paretsky: A big surprise for me is that there's such good will among crime writers. In the world of the important literary writers, there are always feuds and quarrels, such as the classic one between Norman Mailer and Gore Vidal. Crime writers aren't viewed as being as important as so-called literary writers; that creates a different and more collegial atmosphere.

Louis Begley: I'm surprised by how steadying writing is for me. Without writing, I would be impossible to live with. If I did not have this occupation, I would be in great trouble. So, I need the writing to maintain equilibrium in my life.

Harlan Coben: What really surprises me is that after a long climb up the ladder, I've become a bestselling author, and can still have a normal life, living in the suburbs with my wife and four kids.

Lisa Gardner: What surprises me is that it doesn't get easier. With thirty books written, you would think I'd feel proficient, but each book is painful in its own way. I'm always just feeling my way to that other side--the completed novel. I feel I'm forever gnashing my teeth and banging my head against a blank computer screen.

David Morrell: What surprises me most of all is how things have changed in the writing world. When I started, there were no book signings. Novelists didn't go on tour or do publicity. None of the chain bookstores existed. There was a time when ten or fifteen book warehouses existed in each state; they serviced mom-and-pop grocery stores and stationery stores. Those warehouses disappeared. The chain bookstores appeared, and now, most of them are gone. And of course, we now have the e-book revolution. I've seen a great deal that's changed in the writing world.

Jayne Ann Krentz: What surprises me is that today, authors get stuck with so much of the marketing end of publishing. It wasn't the case when I started out. I think it's because of the chaos in the industry now. Publishers used to do the marketing. But today, with so much happening online, most writers are forced to do a great deal of their own marketing.

Michael Connelly: What's surprised me is how storytelling is so important around the world. A character trying to solve a murder and find his place in the world in L.A. can connect with someone in Dublin or Paris. As I've had more success, I've had more opportunities to travel. It always surprises and fulfills me when someone stands up at a book signing in France and says they're very worried about Harry Bosch.

Dennis Lehane: What surprises me is that it's as cool as I had hoped it would be. Even twenty years down the line, it still seems surreal. I mean, there was a time when I was a complete nobody, and in my fantasy life thought, 'Wouldn't it be cool if somebody actually wanted me to sign one of my books?' I still live in that place--where it all seems like a fantasy.

Faye Kellerman: The biggest surprise is that it doesn't get easier. With most tasks, the more you perform them, the more rote they become. With writing, you can never, ever, sit back and have it come easily. It's a joy, but it's a struggle. It always gives me a headache. The more you write, the harder it gets because you've used up plots; you've used up characters; you've used up words.

Ian Rankin: What's surprised me is that as I get older, writing doesn't get easier. When I started, I thought this would be like being a car mechanic. Once you've stripped enough engines and put them back together, you can do it blindfolded. But for a writer, each book is different. It's never the same engine. You want to make this one the book. We keep going because none of us has written the perfect book--the distillation of everything you want to say about the world.

Clive Cussler: I would have to say, the only real surprise has been the success. That's really been quite unexpected. I get up in the morning, get to the office and write until about six o'clock in the evening. Then I share a bottle of wine with my wife. Everything else is the same.