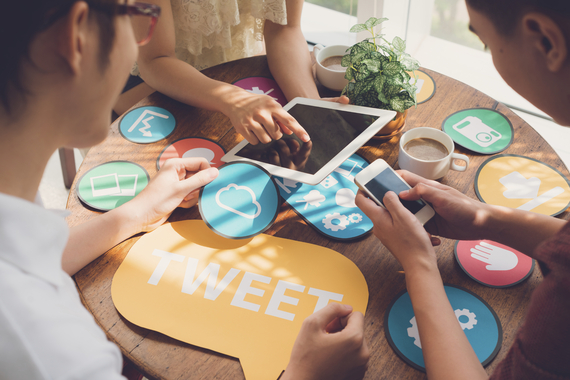 Naming a business can seem like a daunting task, and it may not be something you want to spend a lot of time doing. But make no mistake - your business name can often be just as important as the quality of the products you make and the price at which you sell them.

A good business name gets you noticed and makes you understood. A bad one - well, it can cause problems (just ask "Therapist Finder" what their URL looks like when you type it into your browser - yikes!). With that in mind, here are some things to consider when naming your business:

There are three major ways to go when naming your business, and all of them have pros and cons.

1. Keyword: With this method, you use industry keywords to make it very clear what your business does. For example, there's no confusion about what General Electric or General Motors does. On the upside, a potential customer doesn't have to ask questions to learn what your business does, and you theoretically would rank higher in searches than a more obscurely named competitors.

A good rule regarding whether to go down the keywords route is to determine whether you're one of the first in your particular space. General Electric or General Motors could name based on keywords because they were one of the early ones into their industry. If you're starting car company today, though, you need something else to stand out in a Google search. Otherwise, you'll be buried behind their competitors - even if someone is specifically trying to find you!

Another issue with keyword-based names is that they don't adapt well to change. If General Electric decided to start selling bread, it'd be a hard sell - so if your brand is based on keywords, you better be sure that you're not going to change your business model down the road.

2. Unique: This category contains real words or names that aren't industry keywords. For example, Apple qualifies because that's a word not normally associated with computers. Nike is the Greek goddess of victory and definitely not a keyword for shoes. McDonald's also qualifies using the last name of the McDonald brothers who founded the company in 1940.

This method presents the opportunity to build a brand identity with a little personality and specificity, whether you're looking to create name recognition or emphasize a benefit of your products or to stand out from the more generic names of your competitors.

3. Invented: An offshoot of the unique category, this method relies on creating an entirely new word or phrase for your business. A popular example here is Twitter: now, it's a household name, but before its existence, the word "Twitter" meant very little.

Invented names are a trade-off. On one hand, they don't immediately say anything about your brand, which means that you'll have to undergo a familiarization process in which people start associating the name with the brand. If you can manage this, though, invented names are super memorable and, at their best, can even become household names (like Twitter).

There's an art to creating invented brand names. Margot Bushnaq, CEO of BrandBucket, notes that a good invented name needs to have a few key attributes. First, it has to be easy to spell - if you poll 10 random people, they should all come up with the same spelling. And it can't be too long (in fact, domain names decrease in value as length increases). "Fitbit" is an example of a great invented name, as it's short and sweet, and has the bonus of including a rhyming syllable, which makes it extra memorable.

Does it fit your narrative?

Naming a business is mostly an exercise in marketing: don't forget that! The more you can explain or connect with customers using your name, the less you have to do later.

Your business name is an opportunity to further your brand story so a person can even more readily understand who you are and what you stand for. For example, the luxury car company Tesla - named after the famous electrical engineer and inventor Nikola Tesla - communicates important things about a brand. One could reasonably assume, for instance, that they make electric cars and that they're forward-thinking for their time. And indeed, Tesla Motors has these qualities in spades.

Similarly, with many of the computer companies of the '80s and '90s sounding cold and techie, "Apple" sounded friendly and human. With an emphasis on intuitive user interface, this name made total sense for the company. To use another well-known example, "Virgin" might at first appear a little scandalous, but there's the assumption that a person with the gall to name their company Virgin must be bold (and maybe a little nuts). Richard Branson, the zany and wildly successful CEO of Virgin Group, is these things and more in the best possible ways.

Plan for the Future

It's very costly to make a significant change to your company's name, so make sure you plan for the future. If your dog food company plans on eventually making cat food, too, putting "dog" in the business name is going to be a hurdle down the road. In the same vein, if your business model is to expand from your local market to worldwide, then including your local area in your business name could pose an obstacle later on.

Make sure the name (and the domain) is not already taken

This seems like a pretty obvious one, but there's nothing more frustrating than putting in a ton of work on a name only to discover that it's taken. And with the internet as crowded as it is, this is a familiar (and frustrating) scenario for people trying to build an online business.

Luckily, websites like BrandBucket use linguistic formulas to come up with both keyword and invented brand names - with accompanying domain names that are actually available. Plus, they list thousands and thousands of options to choose from, so if you find yourself stuck, they have available options to spark a little inspiration.

As you can see, there's more to naming your business than meets the eye. Yes, brand names are a huge deal, which is why valuable domain names routinely sell for six or even seven figures! But as both Twitter and "Therapist Finder" could tell you, the importance of choosing the right name can't be overstated. So if you're in the process of naming your business, don't rush yourself - it's a decision you've got to stick with in the long term, so choose carefully!