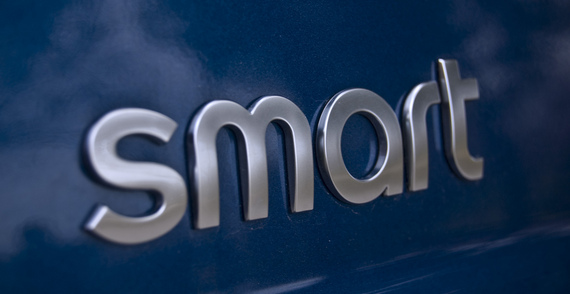 Entrepreneurs are some of the smartest and most talented individuals I have ever met. They're members of an elite group that have incubated ideas into billion dollar corporations, created the modern micro-computer, and made quitting the day job all the rage. They're a rare breed of individuals whose extraordinary visions became reality. These firebrands defy the status quo by envisioning the future and making it a reality.

We might consider them the brightest people in their field, the go-getters, the ones who can turn water into wine (or at least it appears so from the outside looking in.) They understand the intricacies and complexities of their industry because they live and breathe it. Their passion and purpose collides to create a firestorm of activity and intensity. Talented people are attracted to them because they welcome challenge, take risk, and deliver excellence.

As our firms grow, the qualities that endeared so many to us matter less and less. This is were where many organizations begin experiencing significant friction. The organization depends less and less on the firebrand entrepreneur's intellect and drive, and increasingly upon his (or her) ability to communicate and connect with team members. When our organizations experience slow growth or growth appears stagnate it is time to take a quick assessment. It is very likely our intellectual capacity has exceeded our emotional intelligence.

Studies show that when employers win the hearts and minds of employees and customers they can experience a 240 percent increase in performance-related business results. But when we are smart enough to run the company, but not emotionally intelligent enough to inspire the people, we decrease the overall performance for ourselves and our teams.

Look for these three signs that indicate you may be hampering your organization's potential.

Employees are individual people. They are fathers, mothers, sisters, and brothers. They have ideas based upon their experiences and they believe their ideas could make a difference. Employees are emotional about their ideas and they want the opportunity to express them. Simply barking orders and expecting blind execution affects their level of engagement. People want to feel valued and connected to the organization.

This requires us to look deep within and ask ourselves "if we really value our employees." Does our body language, our tone of voice, and our actions align with our values? When is the last time a team member's idea was implemented.

The old mindset was that we traded time for money. Come to work, go home, and get paid. The cycle was repeated over and over again until retirement. In today's business climate this mindset is steadily moving toward obsolescence. Rather than inspiring people to excel it could lead to a deadly downward spiral.

We Drive Rather than Inspire

Driving is directed movement. When we drive our employees we are directing their actions. It implies a prescriptive channel of communication as opposed to open two way communication. Telling people what to do and how to do it without variation produces results. It also results in disconnection and an increased lack of engagement amongst team members. In other words, we don't value their experience in general and with our customers in particular.

In today's marketplace people want an opportunity to contribute, be actively connected to their team and the organization, and they value progression. Driving tells people what to do rather than ask them how it should be done. This represents a subtle but profound shift in mindset. In one instance when you're driving you're telling someone what to do based upon your prior experiences. Asking them how it could or should be done taps into their experience and clearly connects their actions to the organization.

We Don't Reach People (Why, How, What)

Communicating based upon fact, figures, and statistics does not affect behavior. If we want to drive our organizations to increasingly higher levels of success we have to connect on an emotional level. Why? Emotions stir-up passionate feelings within us and we are subsequently moved to action. We have to learn to communicate from the inside out if we want to make a connection.

Success comes in many forms across many levels and with varying degrees of difficulty. Moving from one level to the next requires change. We have to understand the requirements of the next level and how our previous performance measures up.

This requires a personal and often hard look within for many business leaders. We must admit our mistakes and commit to improving. We have to acknowledge that our intellectual capacity is not the most important tool in our arsenal. The ability to connect with team members and inspire them is critical to growth.