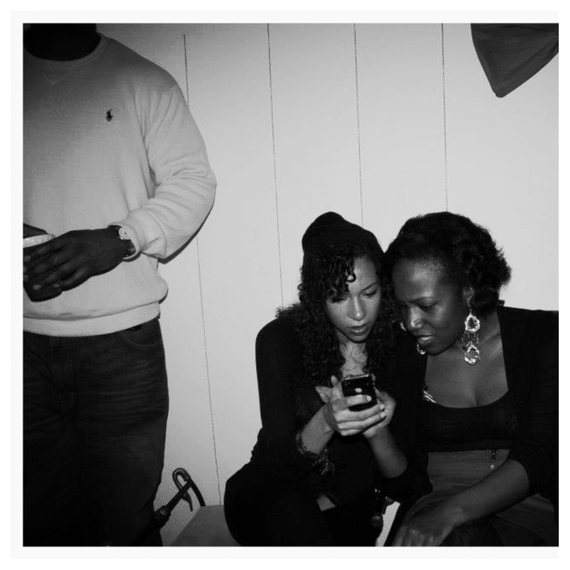 When your crush starts to text you back, you'll realize what you are texting is probably just your own fantasy regardless of whatever else may ensue afterwards. Recently, a bunch of my friends have been sharing their commitment issues and befuddled thoughts of why their relationship aren't working out like they wish. Though I'm not a relationship expert by any means, listening to numerous stories that all seem to sound so similar, that is: it wasn't working, this person broke up with me, he's too busy, we never had sex, got me thinking about how screwed up dating can be when neither one is the priority.

As I thought about my friends' dating woes, I had an ah-ha moment! We are probably loving and dating out of our true marxist lover personalities. Alain De Botton, a Swiss philosopher and atheist based in the United Kingdom, first introduced this theory to me in his book "The Consolations of Philosophy." Alain's example of how love and marxism are intertwined was about a guy who was obsessed with a girl until he learned of her shoe choice and dumped her.

I became emotionally overwhelmed with being a marxist lover, so I chose to dismiss it to put my social approach at ease. But that's precisely when marxism reared its ugly head.

Me and this guy were both totally engrossed in our own narcissistic habits and, in the end, it probably ruined any hope for an us in the future. I was loosely dating Jason* for a few weeks when my attraction for him grew at a pace I wasn't able to constrain. We had met on normal grounds. Totally sober in the early summer days just when the sun was setting on a glass enclosed art gallery. You could say we backed into each other because we were looking at different paintings on the opposite ends of the room. From that moment, I fell deeply in-like with Jason. My thoughts took over me. I was vexed. There were many nights spent wishing on full moons, fantasizing about what life could be like with him in the first few days of meeting even though I knew very little about his whereabouts.

But I was sure he was perfect. Jason was the quintessentially charming Sex and the City type of guy. He was creative, handsome and a real gentleman who walked on the left side and offered me his coat when I refused to wear my own. I wouldn't say he'd carry my purse, but on special occasions a girl got lucky.

After a few months of feeling each other out, I was losing my patience with Jason regarding his inconsistencies and horrible communication skills. Jason was, like, allergic to the phone. Where the hell was he when I needed him on lonely nights? Many hours spent wondering what he was thinking, should I text him, would calling be better that ticked my anxiety level up ten notches. What started out to be a good track record soon went AWOL. Dating other guys in between couldn't drown out my cryptic ideologies of this guy and I wanted more every time we happened to be hanging out. But that was about to end when the relationship finally culminated into a dark argument in the brisk cold city air. "You will never see me again!" I quietly streaked with mascara tears on the edge of my eye sockets. "You wouldn't know where to find me!" He threw back. Hailing a cab and angrily stumbling in, I wanted to run away from the whole situation. He was a fool and I knew it. But as you would think, he was still alluring.

In whatever way to explain, I eventually did see Jason a few weeks after the meltdown. Seriously though, why did he have to materialize just when I happened to be visiting my favorite bar in Chinatown? I was so sure I'd never see his face again. But here we were, all dressed up at some fancy event, when the room parted and our eyes locked into a gaze that seemed to last forever. Jason broke eye-contact first with his actions that left me utterly dumbfounded. On top of seeing my worse enemy, I stumbled upon another side of Jason I didn't know existed and things suddenly started to feel like a French sitcom. Jason picked up his flip phone, and then revealed an iPhone that he thumbed with in tandem. In that moment, I stared in awe- and if I wasn't so egotistical myself, my jaw may have dropped from amazement. Despite the razor sharp IDGAF attitudes which were being projected from the both of us, this was definitely Breaking News to me. How could the guy that I have been obsessed with for months have two cell phones?! How could the nonchalance on communication be culminated into this? Little by little, disillusionment set in and those layers of my Jason quickly peeled away. The result of what was left, the real Jason, had me speechless. It was that moment you walk away from those you realize you have nothing in common with. Sorry I'm late; I didn't want to come anyways.

Marxist Lovers would subconsciously prefer that their dreams remain in the realm of fantasy, but my fantasy would come true over and over again, unfolding in the most random events. Fake and uninviting when the reality really set in. It was a nightmare. When two cell phones came into the situation, I began to doubt what I initially thought of as attraction. Was it the allure of not knowing Jason's whereabouts or was it the fact that I may have been overlooking something that was right in front of me? But again, the fantasy was too enticing.

Not everyone wants to be the couple who gets tapas on a Saturday night, but it's normal and safe! It's like meeting someone on vacation, going on dates, holding hands while walking through a carnival, eating sweet treats and kissing on a park bench. Suddenly, when you're on a plane back home, you realize what happened may not have been your actual reality, but it's what happens in the Notebook, and therefore it is very romantic.

So, finally, I can theoretically believe that Marxist lovers truly feel that their power over the perceived does not dominate reality. "You're in love with me, admit it," Jason said to me during a game of cat and mouse. Taunted again, I struggled for a response as equal. And yet I responded, "Yes, I am so in love with you," even though I unwittingly knew, I was fueling and clinging to my own fantasized feelings.

Amy Schumer on the guy who's obsessed with her perm to put this into perspective.

More:
StylelifestyleDating
Newsletter Sign Up
An essential daily guide to achieving the good life
Subscribe to our lifestyle email.
Successfully Subscribed!
Realness delivered to your inbox