The grainy, black-and-white photographs from 1946 fluttered to the floor, free from decades of bondage among hundreds of photos in my mother's leather albums. I picked up the images and stared at my parents and strained to imagine the young couple in love.

My father stood in his Army fatigues in front of a row of tanks in Japan. While he served overseas after World War II, his wallet contained the photo of my mother in a swimming suit. My earliest images of her are quite different. I remember her in a large flowered dress, waving to me with plump arms while admonishing me to "be good" because my father was coming home from work. I'm amazed that she once was a charming young woman, smiling to her fiancé, wearing a bathing suit in front of a flower garden. I wish I had known her then. 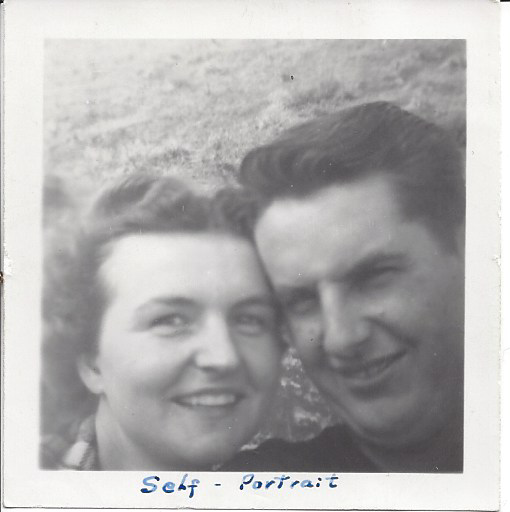 Another photo from 1948 was a self-portrait, taken long before instant selfies were available on cellular telephones. Their young innocence intrigues me. I imagine my mother sewing linens for her hope chest while listening to the Glenn Miller Orchestra on the radio. I see my father coaxing an old tractor to complete one more row in the field before dark. They married on a cool day in late November 1948 with nothing but determination and grit. The years brought prosperity and heartache. Dad passed away in 1989 after receiving a cancerous, transplanted liver. Mom slipped into dementia a few years ago and died last November, just short of what would have been their 66th wedding anniversary.

I never saw them hug and kiss. I guess the stress of several businesses and bad health depleted their romantic energy. For several years, my father lived in another state during the week, where he operated a trucking business. Every year, Dad would give me money to buy Mom presents for Christmas and other special occasions. She would always buy him a patio lounge chair for Father's Day. The fabric rotted, unused, in the sun. 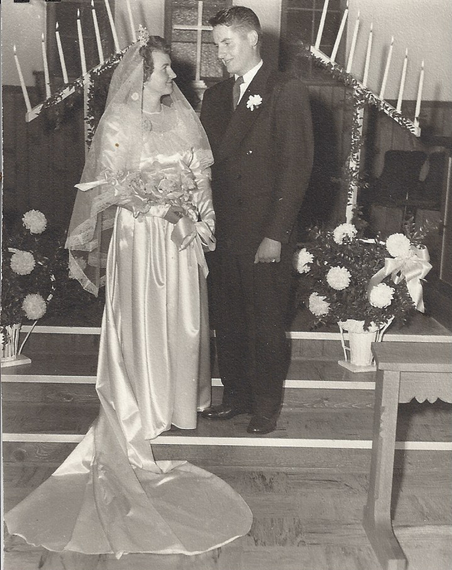 Of all the faded photos I've examined, none are as profound as the ones of the young couple in love. That's how I choose to remember them. They were beautiful, before the trauma and drama of life cheated them out of growing old together. I want them to know their legacy is strong, and lives on through their amazing grandchildren and great-grandchildren.

I have a request for my middle-aged friends: Are your parents still living? If so, maybe you could take a few hours and visit with them. Ask them about their courtship and their first years together. I predict they will open their hearts and their scrapbooks and begin to talk. Help them celebrate the memories of their young love. Otherwise, you may never know about their passion until a wrinkled photograph falls onto the floor after they're gone. This weekend, I'll play Glenn Miller's "String of Pearls" and open another album.