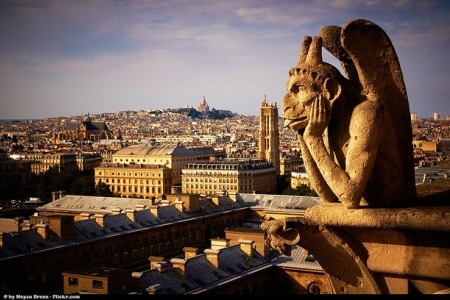 For those prone to exploring the world, travel can be one of life's greatest joys -- though often woefully preceded by months of stressful decision-making and mind-numbing research. Travel resources are abundant, as are the opinions of just about everyone you know. So when the world is your oyster, how do you shuck through all the clutter to find the vacation of your dreams?

Here's where U.S. News comes in: We've taken into account both the opinions of reputable travel experts as well as submitted reader votes for each destination to narrow down the World's Best Places to Visit.

When it comes to choosing the best vacations worldwide, our readers value traditional bucket-list destinations over off-the-beaten path locales. As evidence of this trend, Paris took the top spot on our World's Best list, reigning supreme over 24 other worldwide destinations, including Rio de Janeiro, Vancouver and Sydney. With a nearly 79 percent approval rating among our readers, a trip to Paris is an incomparable experience because of the city's memorable charm, history, architecture and cuisine.

Culture-heavy Europe tempts travelers most: The continent's cities earned the top three spots in this year's worldwide ranking. London and Barcelona nabbed the second and third spots, respectively, with an equal approval rating of 78 percent among voters. The U.S., too, held its ground as home to some of the world's most desirable locales, rounding out the remaining top five spots with Maui (ranked fourth) and New York City (ranked fifth).

As we reviewed our readers' preferences, one theme stuck out: Limiting the geographic scope of destinations shifted travel priorities. Paris, for instance, holds steady as a must-see destination among global cities -- but what happens when travelers only have European destinations to choose from? Read on to discover how favored world cities measure up in their own corners of the globe.

See the full list of the World's Best Places to Visit

Best Places to Visit in Europe

Though Paris ranked No. 1 among worldwide destinations, Rome -- and its 90 percent approval rating -- surpassed Paris in our Best Places to Visit in Europe ranking to take the No. 1 spot. Barcelona, which held the No. 1 spot in 2013, dropped to third. Neither Berlin nor Budapest budged from their fourth- and fifth-place ranks, rounding out the top five best vacations in Europe for the second consecutive year.

Best Places to Visit in the USA 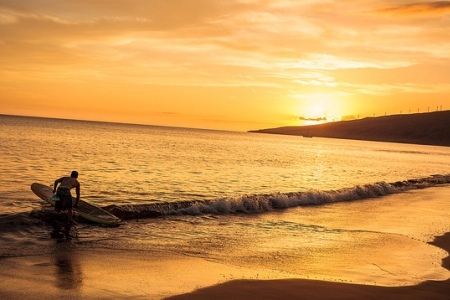 New York City ranked above Yellowstone, San Francisco and Washington, D.C., on the World's Best Places to Visit list, but the Big Apple fell below all three to the fifth spot on our Best Places to Visit in the USA list. Regardless of region, voters are consistently sure about this: Maui is not to be missed. The Hawaiian island soared five spots from last year to take the cake as the very best place to visit in America, with an 86 percent approval rating among voters.

Best Places to Visit in the Caribbean

The U.S. Virgin Islands made an impression on travelers this year, jumping from last year's fifth-place spot to No. 1 in the Caribbean for 2014-15. Since this island trio is a major port for Caribbean-bound cruise ships, USVI's visibility is growing -- and travelers seem to like what they see. Last year's top pick, the Cayman Islands, slipped into second place and St. Kitts & Nevis fell just behind in third. Though seventh on our World's Best list, Puerto Rico was just shy of earning a spot on the Best Places to Visit in the Caribbean list this year.

Best Places to Visit in Central and South America 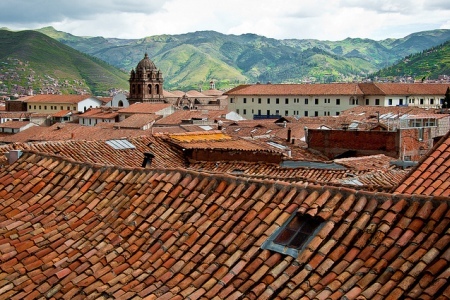 Travelers recommend that a bit of history make its way into your Central or South American vacation: Ancient Inca ruins lure tourists to Cusco, Peru, from across the world. Rising from its No. 3 position last year, Cusco overtook Rio de Janeiro and Buenos Aires to capture the top spot. The warm temperatures and quiet beaches of Costa Rica (ranked fifth) and the Galápagos Islands (ranked fourth) are no match for the urban buzz of South America's lively cities. Despite Rio's slight drop on the list of the Best Places to Visit in Central and South America, the 2014 World Cup hub jumped two spots on the World's Best ranking to secure the ninth position.

Best Places to Visit in Asia

Shrink the field to the Best Places to Visit in Asia, and Hong Kong ranks No. 1 with the Maldives coming in a close second. Bali, another popular honeymoon destination, jumped to third place from last year's slot in fifth. Hong Kong, however, barely made its way onto our World's Best list nabbing the final, 25th spot. The Maldives, meanwhile, took 11th place.

Best Places to Visit in Australia and The Pacific 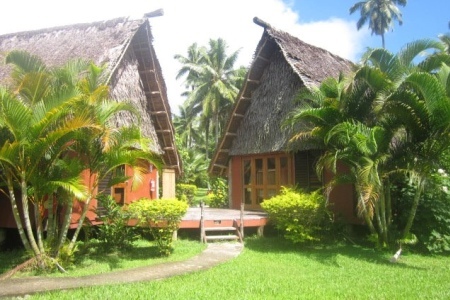 Vacations in the Pacific trumped those in Australia, with an overwhelming 93 percent of voters approving of a trip to Fiji. Bora Bora earned the second-place spot on our Best Places to Visit in Australia and The Pacific list, just a hair above Sydney. As we saw on most of our regional lists, approval of these destinations deviated from of our World's Best ranking. When considered on the world stage, Sydney (eighth) ranked above Bora Bora (10th). Fiji, the region's top destination this year, was absent from the World's Best list.

Best Places to Visit in Canada

Those who vacation in Canada strongly agree that Vancouver stands out as a can't-miss city; the British Columbia city earned an 85 percent approval rating this year. The mountainous landscape of Banff, however, earned the second-place spot and offers Vancouver some competition when it comes to awe-inspiring craggy terrain. Meanwhile, the French-infused ambiance of Montreal ranked third among Canada's best vacation spots. Yet, when comparing these places into the tremendous pot of destinations across the globe, and Banff falls short. While Banff didn't make it onto the World's Best list, Vancouver held tight at 12th and Montreal at 15th.

Best Places to Visit in Africa and The Middle East 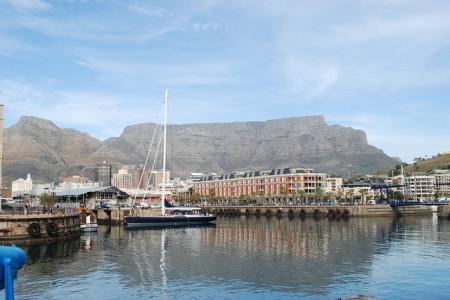 Best Places to Visit in Mexico

Still not sure where to take your next trip? Peruse more of our vacation rankings and recommend the best destinations here. Your votes will help us determine next year's winners.

More:
travelvacation
Newsletter Sign Up
An essential daily guide to achieving the good life
Subscribe to our lifestyle email.
Successfully Subscribed!
Realness delivered to your inbox