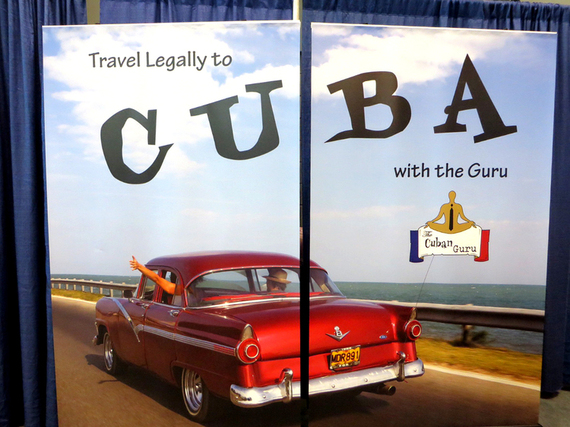 Where will travel be in the next 10 years?

This was the question tackled by some of the most renowned travel experts during The New York Times Travel Show Industry Conference held January 23 at the Javitz Center in New York City.

The answer? Well, it depends on who you ask. Some say more customization and personalized service while others discussed micro-destinations -- places we were previously unaware of that are now much more accessible to us. Ten years is pretty far away, so I don't think anyone knows what travel will actually look like in 2025, but there were some great takeaways from the conference that illustrate where travel is headed:

Tapping Into the Late Gen Y/Early Gen X Population
These days, it seems like every company in every industry is clamoring to engage with young Millennials, but that's not where the travel industry should be focusing, according to Paula Froelich, editor-in-chief of Yahoo Travel. The sweet spot is the group of individuals in the late Gen Y (aka late Millennial) to early Gen X population. As Froelich says, these are the ones who were told to go to school, study hard, get a good job, find a husband and settle down. Except there's one problem: this group is no longer satisfied with that linear path. Increasingly, they want to buck the trend, and associated with that, they want to travel.

As someone who falls into the late Gen Y population, I found this assessment to be spot on and very similar to a recent blog post I wrote on redefining success: Learning to Create My Own Definitions. Of course, this doesn't apply to everyone, but it's certainly a common theme amongst many of my friends. Whether married, single or somewhere in between, the late Gen Y/early Gen X population is starting to embrace travel and exploration way more than our parents' generation.

The Power of Influencers (and Instagram)
The concept of an influencer is not new, but word on the street (or at the conference) is that influencers are not only here to stay, they are the way to go. While traditional brands like Frommer's, Lonely Planet and Fodor's are still forces to be reckoned with, individuals have become extremely influential in the travel space and are increasingly sources of authority on many destinations around the world. So, for many hospitality brands, this means finding the influencers who will help them grow their business.

Another influencer: Instagram. It's become arguably the most important social media platform for anything highly visual -- food, fashion, decor and, of course, travel. Adrien Glover, Deputy Digital Editor of Travel + Leisure, discussed the power of Instagram and how accounts like Beautiful Destinations have become powerhouses in travel. I have been on Instagram for three years and have witnessed firsthand the emergence of these influencers.

Contextual Recommendations
You're probably wondering what a contextual recommendation is and how it applies to travel. Think of Amazon and Netflix. Let's say you look at or purchase a Stephen King novel on Amazon. The next thing you know, your Amazon homepage is filled with more novels from King as well as several other horror and suspense authors. These are contextual recommendations based on your browsing history. We have them for books, movies, TV shows, music and so many other things, but what about travel? Arabella Bowen, editor-in-chief of Fodor's Travel, mentioned how this is a huge opportunity for the industry, particularly since more places are becoming increasingly available to us. I both like and dislike this concept. I like it because there are a mind-boggling number of destinations out there that are beautiful but given little attention. If we introduced contextual recommendations more broadly into the travel industry, it could open up tourism opportunities for a number of new areas around the world. On the other hand, I dislike this concept because there is something to be said about hidden gems and off-the-beaten-path destinations. It's like discovering a musical artist you love and want to succeed, but then you get annoyed when everyone else starts loving that artist because now their music has gone mainstream. At least that's what I imagine it would be like, but perhaps I'm wrong. Regardless, it will be interesting to see if this becomes prevalent in travel.

In addition to these three takeaways, there were a few other exciting highlights. Not to be forgotten is Cuba, which could arguably be called the star destination of the conference. Everyone is very excited about reduced restrictions for Americans who want to visit the country. I also heard about the growth of cruising in Asia and the increase in female solo travelers (this is what I'm personally excited about). Time will tell what happens, but overall it sounds like the future of travel is looking bright.

Related posts on The Globe Getter:
Why Travel?
Want to Travel More? Here Are 5 Tips to Get Started