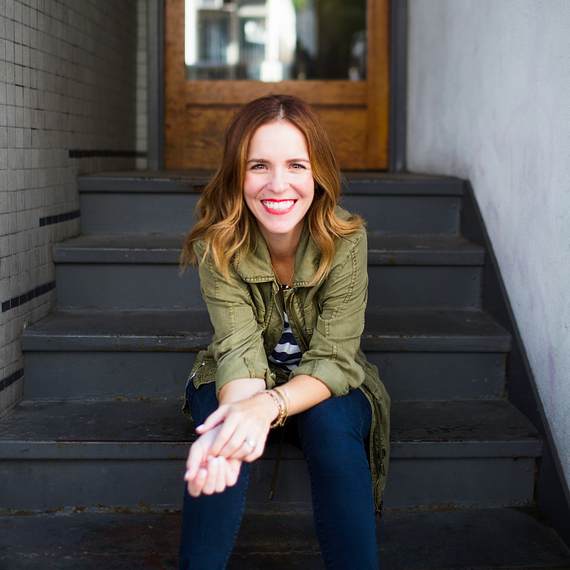 I'm trying to recall when I first heard the term Girl Boss.

Certainly it reached the heights of popularity when Sophia Amoruso published her book two years ago. At the time, I lined up to buy it like every other self-respecting, self-taught female entrepreneur. Reading her story was inspiring and motivational and I honestly, didn't give much thought to the title because I was so fired up to read what was inside.

But then I started to see the term (and subsequent off-shoots) everywhere... #GirlBoss #BossBabe #EntrepreneHER. Women of every age and background picked up the moniker and ran with it. It became a popular trend on social media that still hasn't died down. It's part of the vernacular now it's tossed around conferences; a title that young women in entrepreneurial studies program aspire to.

And it makes my blood boil.

I want to stand on a soap box and rant, but instead, I start by asking a question. When I speak in their classrooms or keynote their conferences I ask those young women this. I ask them if they know what it means to qualify something. Not because I'm trying to impress them with my business acumen (if anything the very fact that they're attending a college course at all means they're likely better prepared for this work than I am). I ask because when I was younger, I don't think I would have stopped to consider this pet name for women like me. I would never have questioned what a hashtag might say about women in business as a whole. In one class and conference after another only a handful of people respond in the affirmative. And so I read the definition aloud:

a. To modify, limit, or restrict, as by listing exceptions or reservations

b. To make less harsh or severe; moderate

My husband is a high-level executive at one of the largest media companies on the planet. He leads a worldwide team of more people than I can keep track of. He worked his way up from an assistant with drive and determination. He is a badass in business, ask anyone who knows him. He's also never --not one single time-- had someone give him a label for the work he does based on his gender.

To qualify the term boss by adding girl or babe or honey or pink or whatever other ridiculous, antiquated-gender role assignment the media thinks is cute this month, is at the least disrespectful and at the worst, damaging to the way young women view themselves and our fight for equality in the business world. And the worst part is? WOMEN ARE THE ONES WHO ARE PERPETRATING THIS! Women are the ones who are stamping this label on stationary and t-shirts and pinnable quotes, all under the guise that it's helpful and inspiring to a younger generation.

You're right, owning or running a company or a team is inspiring to a younger generation and if our daughters have the courage and grit to pick up that baton, don't belittle their efforts by saying it's pretty good, for a girl. We don't call them, "Girl Doctors" or "Girl Lawyers" or "Girl democratic nominee for President of the United States of America." Those positions were hard-fought to achieve and they demand respect... so does this.

Also, while we're here, if we're going to choose a term, why, why would we choose the term girl?? We couldn't even go with woman? We had to choose something small and childish and immature? Ugh! Come on you guys, we can do better.

Being a boss has been one of the greatest privileges and challenges and of my life. Being a boss takes guts and tenacity. Being a boss takes hustle and strength. Getting to the level of boss takes hard work --often times, harder than our male counterpoint because in many industries we're fighting our way into a boys club. You might call that kind of person a rebel, a rogue, a leader but there's nothing girly about it.

Rachel Hollis is inspired by women growing and succeeding in business. Follow her on Twitter or connect with her on LinkedIn for more business talk.