This article by Chas Smith originally appeared on Fatherly:

Between dad bods, DILFs and David Beckham, fathers are trending hard, which is very fine because I am one. I have a gorgeous wife who gave me the cutest blonde daughter 2-and-a-half years ago. They buy me Saint Laurent sunglasses for Father's Day and I smile at them and they smile at me. But behind those sunglasses, my eyes are bloodshot and hysterical. While everything seems perfect, I find myself in an increasingly precarious position because my wife, while gorgeous, makes at least 10 times what I do and leaves my daughter, the cutest, mostly in my care.

And how on earth is a dad, a man, supposed to have value when his wife is the breadwinner and his 2-year-old princess loving, high heel wearing daughter is his full-ish time job? How is he supposed to walk tall, with shoulders back, knowing that he is mostly tangential to the entire dynamic because his wife both pays the bills and parents better? Don't get me wrong. I love, so much, that my wife is powerful, successful, brilliant. I just want to be those things too and mostly for her. Any man with a rich wife who says otherwise is either a liar or just plain rotten. 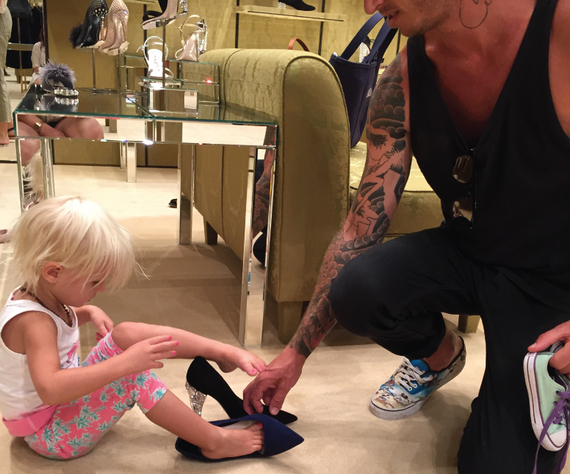 Before we had our baby, my wife still made 10 times more than me, though I arrogantly believed it would take one year to out earn her. When the year came and went with my financial affairs no better an epiphany struck. In a stunning moment of clarity (tequila), I thought I would solve that problem by becoming a male model. If other women swooned at my picture than certainly my wife would find ongoing value in the relationship. Where I failed, financially, I would make up for, seductively and maybe also financially if Tom Ford realized the genius of a very crooked nose. My journey, documented in an award-winning column for Flaunt Magazine, ended when the only job I could secure was Playgirl and my wife got pregnant with our baby girl.

How is a man supposed to walk tall knowing that he is mostly tangential to the entire dynamic because his wife both pays the bills and parents better?

Parenthood was an absolute joy, but the glorious warmth soon gave way to panic as I realized my meager income was only decreasing as a result of sleepless nights and days spent wandering after my little hummingbird. Both were genuinely fulfilling but also carried zero financial reward. My wife, with the important job, needed me, though and that was that. At least I wasn't alone. The intra-marriage power dynamic has been shifting since the feminist movement exploded in the early 1960s. These days a tick over one in 3 wives earns more than her husband. One in 3! Can you believe it? That means there are thousands, millions even, of men out there trying to figure out, exactly, why they still exist.

And so I would toddle behind her, as she wore princess dresses and her mother's sparkly Louboutins, feeling bad about myself but resigned to failure and thinking about my brothers-in-arms. Our wives practicing law, medicine, steering Fortune 500 companies and making deals. Us making avocado mash, separating the laundry and spot cleaning avocado mash from the whites.

Then one day, in another stunning moment of clarity (vodka), I realized my daughter loves modeling more than I ever did. "Mot-ling," she calls it. There she was in the mirror, making a perfect duck face, toes pointed in ever so slightly, shoulders hunched just right. So cute! Certainly cuter than those rubber-faced things they have on Disney Channel. We could go make some money on that cuteness, couldn't we? Shouldn't we?

Yes, the one asset that fathers have over mothers is a completely irrational lack of fear about bad consequences.

And here was the answer to my problem. I would monetize my daughter. We are already spending virtually all daylight hours together. Why not flash my entrepreneurial skills and turn those daylight hours into cash? The idea, even as I write it, sounds utterly morally offensive, but, frankly, I don't give a damn. Is it not the father's job to disregard safety and be completely reckless? Is it not the father's job to toss the child high into the air, feed sugar cereal before bed, hold hands and jump into a rushing river? Yes, the one asset that fathers have over mothers is a completely irrational lack of fear about bad consequences. Fortune favors the bold and I really need a fortune right now. 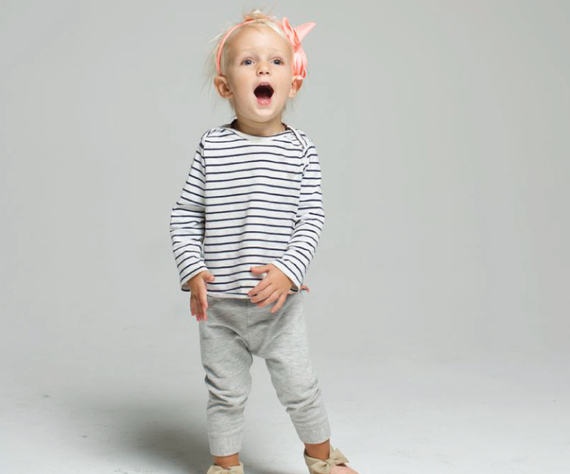 What if she hates it? What if she loves it and turns into a Macaulay Culkin or a Miley Cyrus? I don't know yet. I have to do the negligent thing first, and don't worry, I'll let you updated as to how this business pans out (if it helps me, it might help you too, brother-in-arms). But, in the meantime, do you know what? I look at Billy Ray Cyrus and bet he and Miley laugh all the time. Laughter is also a father's job.

Cocktail recipe to help blur the line between the morally questionable and the totally awesome:

Chas Smith is a hyper-ironic surf journalist and bon vivant from Coos Bay, Oregon. He has written for Vice, Surfing Magazine, Stab Magazine, Esquire.com, and is the cofounder of Beachgrit.com. His book latest book is Welcome To Paradise, Now Go To Hell.