I'm not sure what I was expecting when I put on my calendar: "Wikipedia's 10th Anniversary Party" for a Saturday afternoon.

At first, it was simply an acknowledgment that Wikipedia had gone from infancy, through its grade school years -- and was now approaching the gangly age of a teenager.

The evolution of Wikipedia, from an experiment in crowd sourcing to one of the ten most visited sites on the web, reflects the emerging central nature of the web in our lives. Wikipedia now has over 17 million articles, 3.5 million of them in English, and is used by almost 400 million people each month.

The birthday party was at NYU's Interactive Telecommunications Program (ITP). The open source event featured pizza, an open Wi-Fi connection, and a room of chairs and tables with a computer projector and screen at one end. If you are looking to understand what the leaders of Wikipedia looks like, this room would be good place to start. 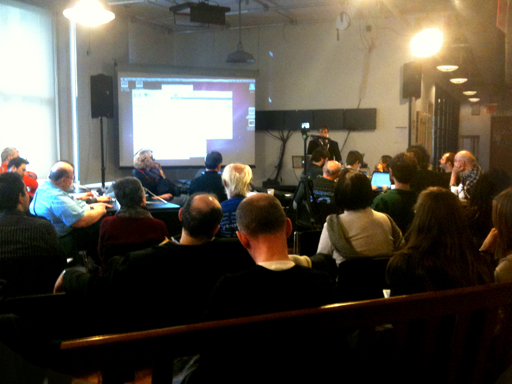 I sat down and looked around the room. There were college students, college professors, a group of older gray-haired former hippies, a woman knitting, two young men playing chess. Camera, computers, and screens were flickering. In the front of the room, folks who'd signed up - on wiki of course, were presenting 5 minute Lightning Talks on a wide variety of topics. Anything "Free Culture-related" was fair game. 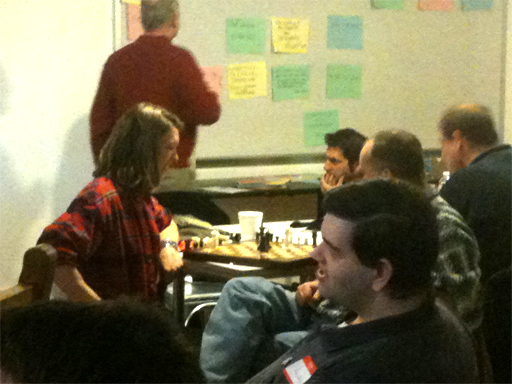 In an hour more than ten individuals got up and explore a 'free culture' idea or project with the group.

Education. Science. Information. The Internet. I hadn't fully seen just how much the philosophy and concept of Wikipedia mirrors the emergence in the web itself.

And as I looked around the room -- trying to see if there was a thread that tied all these people together, I couldn't help but notice that I was sitting outside the office door of NYU Professor and author Clay Shirky. Shirky's book -- Cognitive Surplus blanketed the room with its thesis - that all of these individuals had the time and the brainpower to come together on a Saturday afternoon to share and learn.

Ten years old is a remarkable achievement. To go from being a fringe idea to the center of the free culture movement is more than remarkable, it's important.