Just how big is Justin Cronin's new release The Passage? The 766-page, post-apocalyptic vampire book weighs in at a whopping 2.4 pounds. And it's only the first book in a trilogy - The Twelve will be published in 2012 and The City of Mirrors drops in 2014.

"It has the vividness that only epic works of fantasy and imagination can achieve," says Stephen King. "Read this book and the ordinary world disappears."

To keep readers somewhat grounded in the real world, Hachette New Zealand's Orion books division created "ration packs" to sustain advance readers' journey through The Passage. Inside the packs are:

Orion's publicity team packaged everything up into clear shoe storage boxes and sent the ration packs to book buyers and media. "We had some great responses from the people who received them," explains Orion product manager Alison Shucksmith. "It did the job intended, making them stop, look, and read the book."

One enterprising recipient of a package posted theirs for sale on Trade Me, a New Zealand auction site. "I would say it's the best book I've read all year," the seller, who didn't eat or drink any of the package's contents, wrote.

Cronin's publishers have their own weighty expectations for The Passage. New York magazine reported that Ballantine Books, who will publish the book in the United States, paid $3.75 million for the trilogy. The New York Times recently reported that the massive tome "may be a best seller" when it is finally released on June 8th in the US.

New Zealanders will need to wait two more days until June 10th for The Passage to be published in their country. There's no word on whether Orion will distribute additional ration packs to tide over readers during the two-day wait. 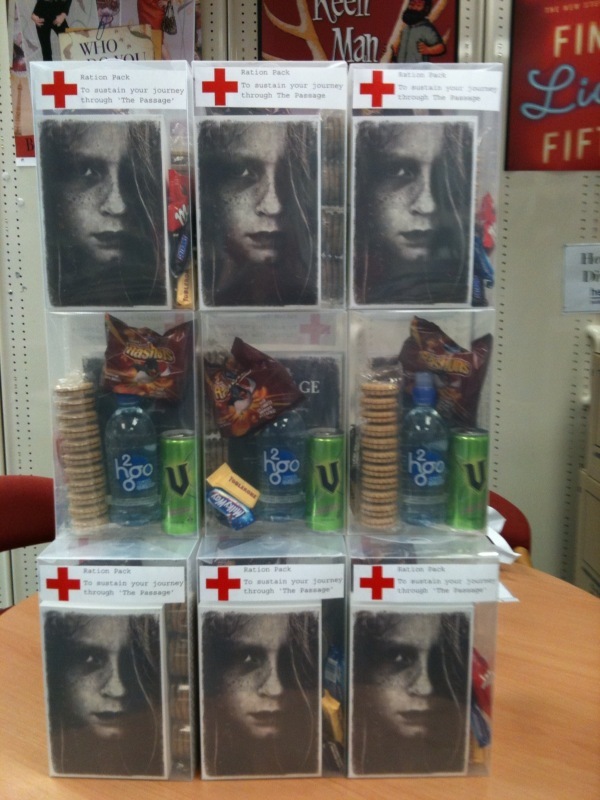