"I was built for the long run, not for the short dash, I guess." 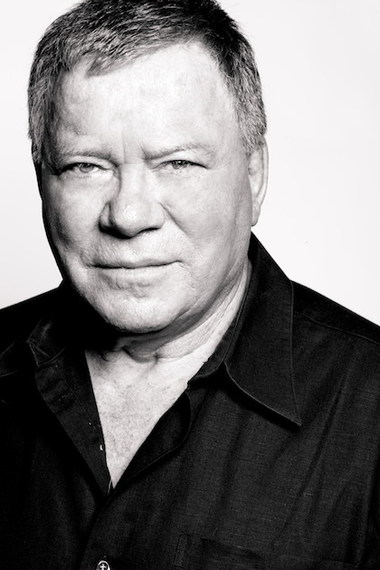 The speaker is William Shatner and that long run has taken him down many trails: actor, writer, recording artist, author, family man and horologist, among them. These are detailed in his 2011 book, Shatner Rules: Your Guide to Understanding the Shatnerverse and the World at Large.

Among his rules? "Say 'yes' because "yes means opportunity. It makes the dots in your life." He also advises people to "always be yourself."

When not writing or performing, William Shatner says, "I really am into horses....I ride and compete looking for a blue ribbon" Like Clark Gable and Will Rogers before him, Shatner raises American Saddlebreds, a breed dating back to the American Revolution. Shatner rode his mare, Great Belles of Fire, when he played Captain Kirk in Star Trek Generations.

In keeping with both that interest and as a charitable individual, since 1990, Shatner has spearheaded the Priceline.com Hollywood Charity Horse Show sponsored by Wells Fargo.

Supporting a host of nonprofits that advocate for children, against domestic violence, serve the underserved, offer educational programs and do other good works in Los Angeles communities, the 2014 event is on April 26 at the Los Angeles Equestrian Center in Burbank. In addition to a horse show, the event includes an auction and a concert.

These days, William Shatner is being himself on stage in his play Shatner's World. He says the show originated when "Australia called me and asked if I'd like to do a one-man show. That never occurred to me, but I realized it was Australia and if I failed, news of the failure would never trickle back." He then took the show to his native Canada and to Broadway and, then, around the USA. This tour of Shatner's World, ends January 24 in Massachusetts. Before then he'll be in Cedar Rapids, IA, Morgantown, WV, Jacksonville, FL and Las Vegas.

As this interview was granted to promote Shatner's January 20 performance at Las Vegas' beautiful Smith Center for the Performing Arts, he talked a bit about Las Vegas. "I'm really anticipating Las Vegas," he says. "The whole idea of playing Las Vegas has a magic to it that I'd love to participate in. Las Vegas flash is engrained in our culture. Saying I've played Las Vegas is a fun thing.

"I'm urging people to come and see me perform in three dimensions. It is a totally different experience. I promise."

Of course in the audience will be many people who have only seen William Shatner in two dimensions, in movies or on TV beginning back in 1966 when Star Trek began its three year run on NBC. Did Shatner have any idea of the impact of the show? Of the fact he (along with co-star Leonard Nimoy) would become cultural icons?

"Of course not!' he says. "There were a lot of things in Star Trek that forecast the future. You can imagine me with a new cell phone from Motorola, the Star Tak. That phone looked so much like one of the props in Star Trek, but it was real. Amazing."

Since 1968, when he released The Transformed Man his first album, Shatner has been making music. His style is is to speak the lyrics, as Richard Burton did with Camelot and Rex Harrison with My Fair Lady. Hearing the comparison in styles, Shatner said, "Any time you want to mention me with those people as company, I'm flattered."

With another book coming out in March, William Shatner has been very busy. As a horologist, he's designed a watch called "Passages." He explains, "Each one of the limited-edition watches contains a piece of an asteroid." There is a crowd funding facet to the watch that runs until January 16 on Indiegogo.

You can watch the Ponder the Mystery promo here:

Fans of The Big Bang Theory know that the guys on the show are Star Trek devotees. But, asked if he watches the show, Shatner says, "No, I haven't. I've heard it's funny, though." (Seems as if it's time, since Leonard Nimoy and George Takei have done so.)

Meanwhile, he again urges people to see Shatner's World. "They will learn some things about me they didn't know. There is a theme to this one-man show and there are emotions."