I was absurdly excited to learn this week that in 2020, marking the 100th anniversary of women getting the right to vote, we’ll be putting a woman’s face on the $10 bill.

Assuming my daughter is still handling cash in 2020, and not beaming money via a magic chip in her eyeball, she’ll get the message that women have done important things for our country throughout history.

That’s not quite the message American girls are getting now.

For a while at home, we had this neat plastic place mat featuring images of all the U.S. presidents. I’m an American history nerd and loved it in almost all respects. It made for perfect breakfast-time trivia, like “Guess how many presidents had mustaches or wore eyeglasses?” (See below for the answers!)

There was just one nagging/overwhelming problem: no women. As we hopefully all know, all the presidents to date have been men. 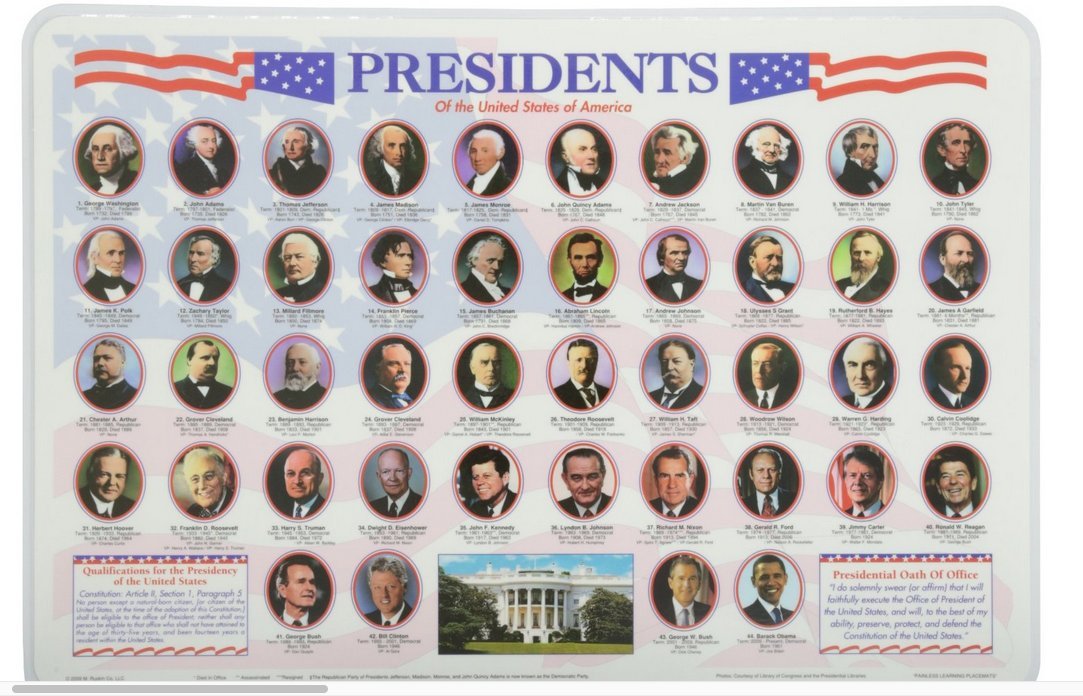 When my 4-year-old daughter looks at that place mat, what message does she get? I’ve never asked, but I’m gonna go ahead and assume there’s one so big that it never even comes up: Being president of the United States is a job for men. White men. Except one time.

U.S. Treasury Secretary Jacob Lew, who pushed for getting a woman on a piece of currency, explained the significance of the move in an interview with The Wall Street Journal this week. “It’s very important to be sending the signal of how important it is to recognize the role that women have played in our national life and in our national history for a very long time, really from the beginning,” Lew told the Journal. “This is a symbolic representation of that but symbols are important.” (Emphasis mine.)

There’s only ever been one other woman on an American bill. In the late 1800s, Martha Washington appeared on the $1 silver certificate. She was famous for being married to the first president. In the 20th century, two women -- Susan B. Anthony and Sacagawea -- got their faces onto $1 coins. Sadly, no one really used those and they were put out of circulation.

People actually use $10 bills. I paid for my overpriced iced coffee with a $10 this very morning, in fact.

It's not yet clear who will actually be appearing on the new $10 bill. Women rumored to be in the running include abolitionist Harriet Tubman, suffragist Elizabeth Cady Stanton, feminist icon Betty Friedan and civil rights hero Rosa Parks. The Treasury Department is asking for suggestions on its website, and you can also share your ideas on Twitter and other social media with the hashtag #TheNewTen.

For those of you angling for modern-day feminist icons like Ruth Bader Ginsburg and Beyonce, please keep in mind that to get your mug on a piece of currency you have to be dead.

It’s worth noting, though, that there are reasons to be a little disappointed about this news. In these ATM-fueled times, the $20 bill obviously reigns supreme.

There’s been a well-publicized campaign to put a woman on the $20 in time for the 2020 anniversary, and the women behind that movement are reportedly a little piqued that a woman will appear on the lesser denomination instead. Others are outraged that Andrew Jackson, a slave owner who ruthlessly pursued the genocide of Native Americans, is staying on the $20 while anti-slaver Alexander Hamilton gets bumped from his perch on the $10.

“WHY do we have to fight for crumbs and be happy to get a minuscule concession in this day and age!!? Women deserve to be on ALL the bills for at least as long as only men have been on them,” remarked one person on the Women on 20s Facebook page.

Still, a lot can happen between now and 2020. Maybe by the time the bill finally launches with its new feminine face, we’ll also have an updated place mat with a woman on it.

***ANSWERS: So, I’m talking about presidents with just a mustache here, no beard. My place mat shows three: William Howard Taft, Theodore Roosevelt and Grover Cleveland. It’s four if you include Chester A. Arthur, who has “friendly mutton-chops.” According to my place mat, only Franklin Delano Roosevelt donned glasses for his portrait.