Today, men dominate technology companies and college computer science programs. But history shows us that women have made some of the biggest breakthroughs in computer technology.

For example, Englishwoman Ada Lovelace, the daughter of poet Lord Byron, is considered the world's first computer programmer. She helped a man named Charles Babbage program his "analytical engine" to "read" instructions and data for solving mathematical problems. This was in the mid-1800s.

In the 1930s, Hedy Lamarr, an American movie star, co-invented a communication system that manipulated radio frequencies to prevent top-secret messages from being intercepted. The Allies used it to defeat the Germans in World War II.

And in the 1950s, mathematician and U.S. Navy reservist Grace Hopper invented the compiler, the intermediate program that translates English language instructions into the language of the target computer. Her work was the basis of COBOL (Common Business-Oriented Language).

So where did all the women go?

As recently as 1985, women accounted for 35 percent of computer science majors at U.S. colleges. But they now represent less than 20 percent, while female representation in law school, medical school and the physical sciences is well above 40 percent. In Australia, female enrollment in high school IT subjects has hit a 20-year low, with more and more girls turning their backs on the subject. Teenage girls use computers and the Internet at rates similar to boys but are five times less likely to consider a technology-related career. 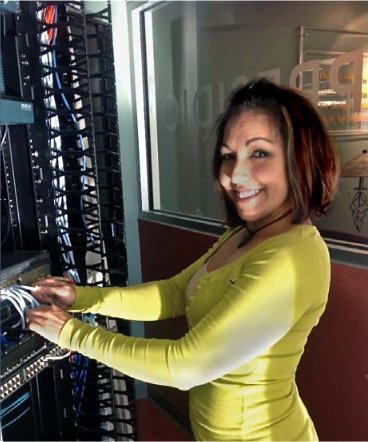 There are many theories about this gender gap. Just the other morning, I heard a news feature about how, as personal computers became more common in the mid-1980s, advertising and marketing was geared almost entirely to men and boys. Movies like Weird Science and War Games glorified the young male "tech nerd," and people like Steve Jobs and Bill Gates became minor celebrities.

Regardless of the cause, we need to reverse this trend. Having more women in technology jobs benefits everyone. In fact, our future depends on it.

IT Is An Exciting Choice For Women

On a personal level, I am extremely passionate about the possibilities that technology presents for young girls and aspiring women. My mother was a role model and encouraged me to be the person I want to be. I became interested in technology because of my curiosity and encouragement from wonderful people who helped pave the way for me.

I believe IT is an exciting career choice for women. My career in technology has been fun, challenging, and rewarding -- I want other women to have the same experience.

On a broader level, I believe attracting more women to IT is imperative to society. After all, you've probably noticed that technology drives everything. From shopping and personal banking to car maintenance and health care, there isn't an industry that doesn't rely in some way on computer and Internet technology. But we face an alarming shortfall of people with the skills to design, manage and secure these systems.

In Europe, where I live, we are anticipating a shortage of nearly 1 million workers skilled in IT. The U.S. Bureau of Labor Statistics predicts that the IT sector will have nearly 1.4 million job openings by 2020. Yet over two-thirds of these jobs could go unfilled due to the insufficient pool of college graduates with computing-related degrees.

Quite simply, if we don't have enough people with ICT skills to manage and protect the computer systems that power our lives, we are in serious trouble.

Careers in IT Lead to Opportunity

When a young woman enters the ICT field it is a win-win. The world gains a talented, curious, creative problem-solver. And that woman gains a career path with great growth and earning potential. 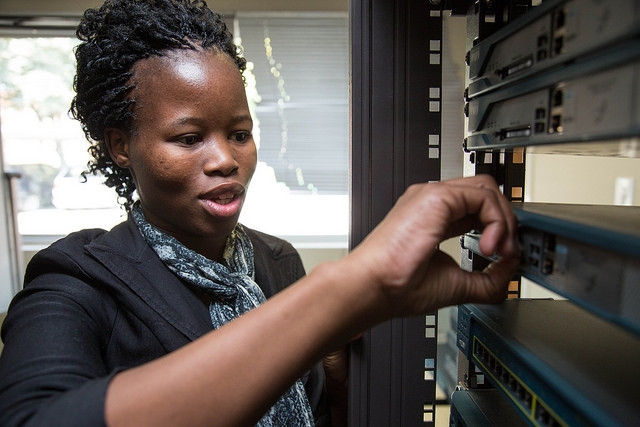 Last year, I met Neelie Kroes, vice president of the European Commission, and she said something profound: "Marilyn [Monroe] once sang that diamonds are a girl's best friend. These days that's not true. ICT skills are a girl's best friend. Have them, and the diamonds will follow."
Jobs in IT offer competitive salaries, lots of vacancies and good potential for advancement. IT jobs give women like Rebecca Baca the opportunity to change careers and better support their families. They empower women like Soso Lunigo to rise out of poverty.

Many times during my career, I have been the only woman in the room. But when you're at the table and you have to solve a problem together, nobody looks at your gender. It's all about what you can contribute.

Men, you play an important role, too. Partner with and advocate for women in technology today, and you'll clear a path for more women to enter the field tomorrow.

I believe this is truly the best time for women to be in technology. There is so much growth, and so much opportunity. That is why I am participating in the Women Rock-IT Cisco TV series -- to inspire young women to consider careers in IT and to support female students already on that journey.

Please join my live Cisco TV broadcast on November 12 and get inspired about your future in IT!

This blog is the first in a series of posts from some "Rock'in" Cisco women who have challenged gender stereotypes and turned their passion for technology into rewarding and successful careers. Check out the second installment here.