A full 18 percent of U.S. workers spend their days being actively negative or hostile toward their coworkers, which is nothing compared to parts of the Middle East and North Africa where more than half of workers report they are actively disengaged, according to a new Gallup survey of employees across the world. 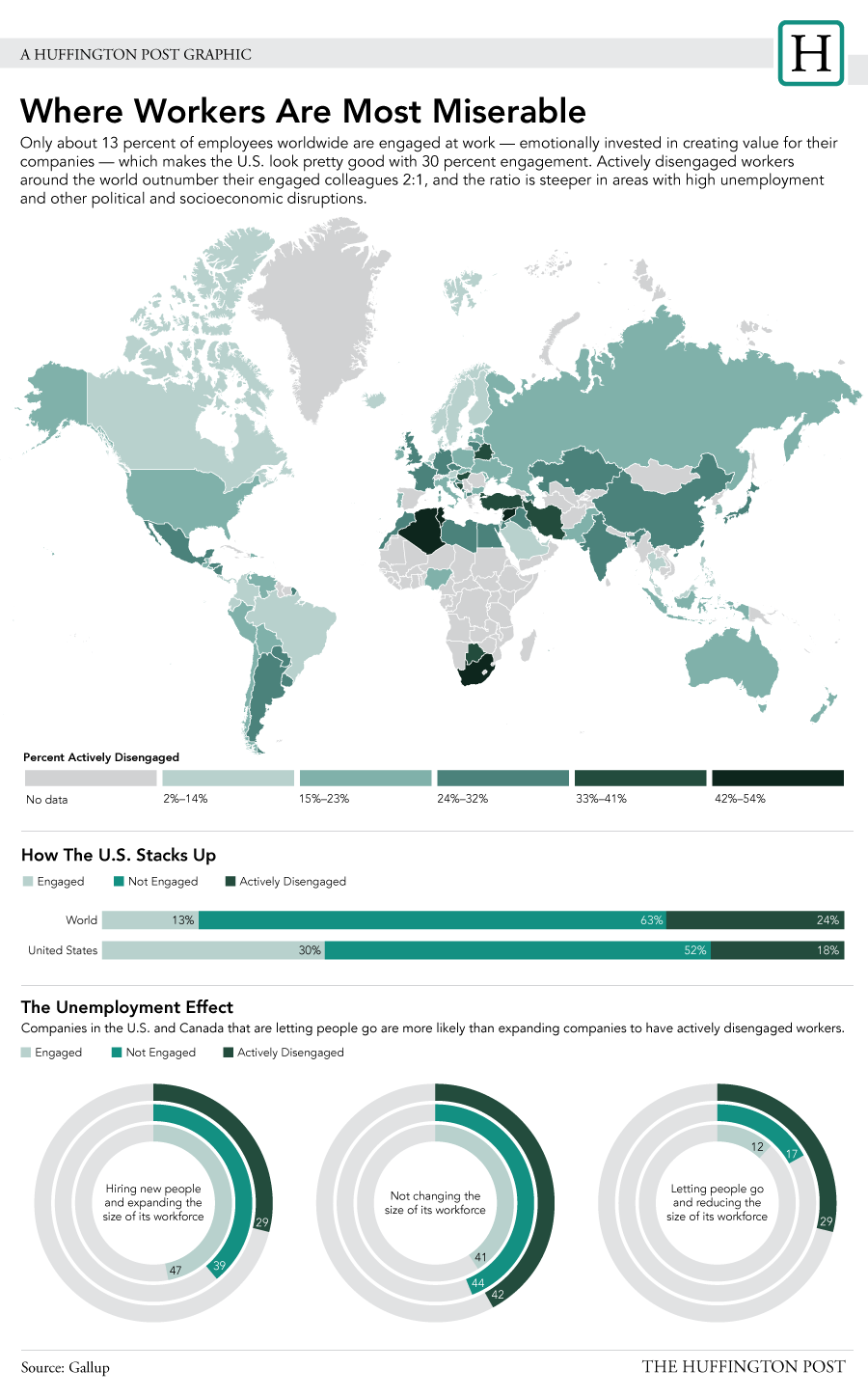 The Gallup report points out that high levels of active disengagement tend to occur in countries with unemployment crises, since people keep jobs they hate when no alternatives are available. While China's unemployment rate is low, around four percent, the country has one of the lowest levels of engagement in the world with just six percent of its employees engaged — which could jeopardize its productivity and slow the fast-paced growth of its economy.

The survey measured workplace engagement based on a dozen elements linked to performance outcomes, using interviews with employees at all levels of organizations across most industries in the countries studied. Workers who were actively disengaged were, understandably, more likely to have experienced stress and anger the previous day and less likely to have been happy or experienced enjoyment.