The towering structure in Crossville, Tennessee, is often referred to as the unofficial largest treehouse in the world. While Guinness World Records officials can't confirm it as an official record, there's no disputing the house's grandeur.

Known as The Minister's Treehouse, Burgess explains the inspiration behind his nearly 10,000-square-foot-structure. "I built it for everybody. It's God's treehouse. He keeps watch over it," Burgess told USA Today in a 2007 interview. "I was praying one day, and the Lord said, 'If you build me a treehouse, I'll see you never run out of material.'"

Burgess started the project in 1993 and has used recycled materials almost exclusively throughout the house. According to the Daily Mail, a whopping 285,000 nails hold everything together, though he's only sunk about $12,000 into the project so far.

In addition to numerous rooms, the house features spiral staircases, trap doors, a choir loft, and on the third floor, a basketball court. Supporting all of that -- all ten stories of house -- are six load-bearing trees and one gigantic 85-foot oak tree, writes the NY Daily News.

Correction: An earlier version of this story stated the treehouse was the largest in the world according to Guinness World Records. The organization now states the record isn't currently in their database.

PHOTOS of the world's largest treehouse: 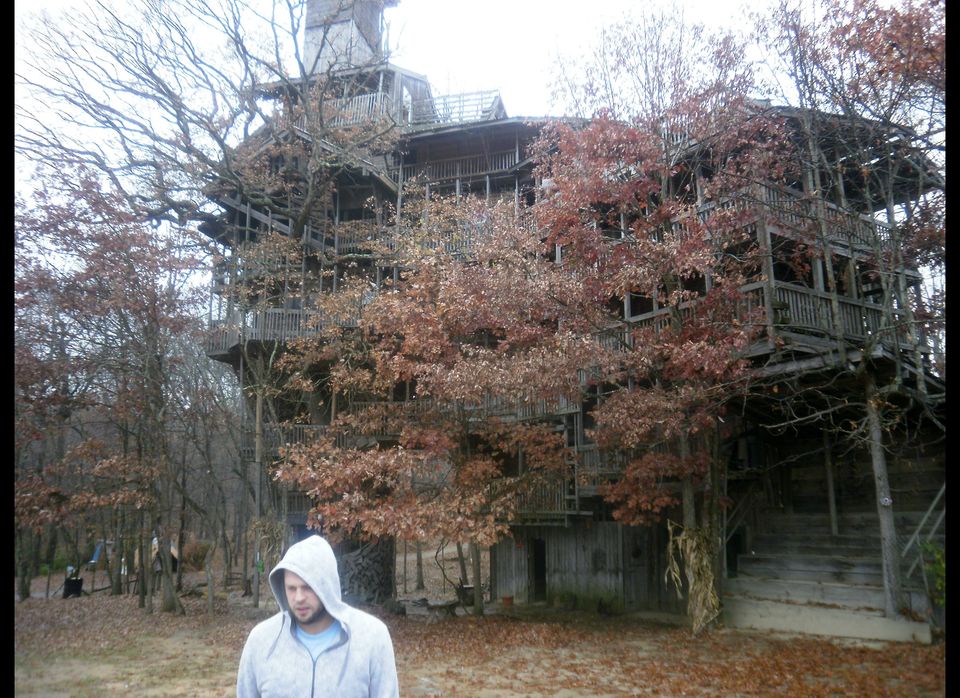