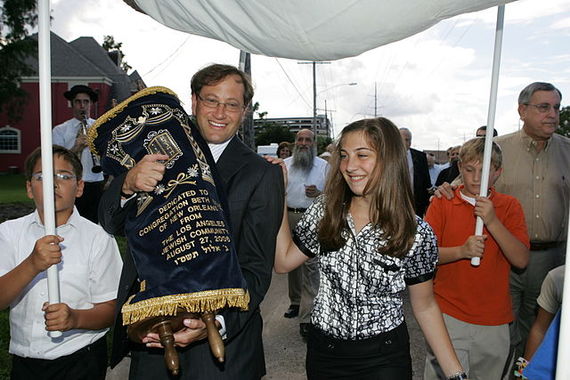 The temptations to skip church on Sunday morning are many, from sleeping in to getting an early start on mowing the lawn.

But new research on religious attendance and well-being may give some people cause to reconsider.

People who attend Sunday worship not only feel better during the time they are in church, but they are happier throughout the week than non-churchgoers, according to two new studies from the University of Wisconsin-Madison.

The explanation for the happiness gap goes beyond the finding that non-churchgoers spend more time in passive activities such as watching TV and less time with family and friends in social situations.

Spending time in social rituals that reinforce their faith also seems to provide individuals with meaning and positive coping skills that contribute to better mental health, according to one study analyzing data from the 2010-2013 American Time Use Survey.

Not only Christians benefit.

Service attenders of all faiths, whether it is a Jewish person attending Sabbath services or a Muslim going to Friday prayers, reported greater health benefits, according to a separate study analyzing Gallup Daily Poll data from 1.3 million respondents.

Even so-called "nones" - those people who do not report a specific religious affiliation - enjoyed more satisfying lives when they regularly attended services, the study found.

The upshot: Worship exerts "a very big psychological pull on your health," said University of Wisconsin sociologist Chaeyoon Lim, who led both studies.

Lim's study analyzing data from the 2010-2013 American Time Use Survey looks at the connection between religion and well-being in everyday life.

The time-use study offers the advantage that participants are recording their activities and feelings in a time diary, as opposed to relying on memory of their actions and emotional states at a later date.

The study measuring how people felt over six dimensions - "happy," "meaningful," "tired," "stressed," "sad" and "pain" - also allows for a comparison of mental health over a wide range of activities.

Some of the significant findings include:

• With help from my friends. Research shows time spent with good friends are predictors of better mental health. The study found churchgoers spent about 65 minutes more than those who did not attend services on Sundays with non-household family members and friends. Churchgoers also are more likely to volunteer on Sundays, another activity associated with better mental health.

• More joy, less boob tube. In contrast, non-attenders spent about 70 minutes more on their own, including 42 minutes more watching TV and a half-hour more on domestic tasks such as cleaning and laundry. They also spent 45 minutes more on paid work. All of these activities rank far below attending services in terms of leaving people in a positive mood.

But the social support supplied by the average of more than two hours churchgoers spend on religious activities on Sundays only partly explains their more positive mental state, Lim noted.

The finding that churchgoers have far less fluctuations in their mental state throughout the day and report being in a highly positive mood simply traveling to church are among several factors that support other research about the intrinsic benefits of faith.

"The ﬁndings highlight the importance of religion ... as a source of social and psychological resources that protect people from stressful daily events and help them manage their emotions," Lim wrote in Sociological Science.

Not only on Sundays. 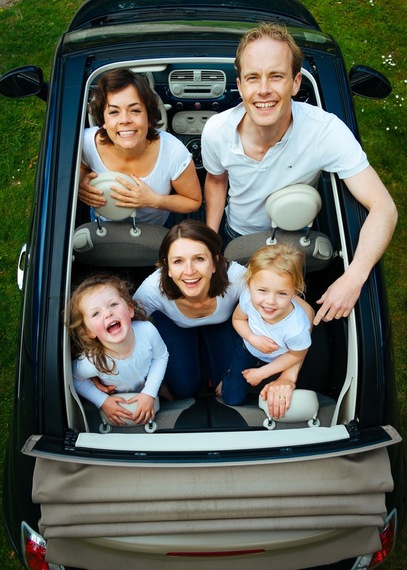 In a separate study, Lim analyzed Gallup Daily Poll data from 2008 to 2013 to measure the relation between religious attendance and well-being.

The result: The more frequently people attend religious services, the more likely they are to report greater satisfaction with their lives and more positive emotional experiences.

The finding held true across religious traditions, including Judaism, Islam and other non-Christian religions.

Even the small percentage of people who do not identify with a religion but attended services regularly reported significantly higher well-being.

"In fact, life satisfaction among weekly attending 'religious nones' is as high as, if not higher than, that of weekly attendees in other religious groups." Lim reported in the Journal for the Scientific Study of Religion.

In general, Christians for whom religion is very important and are members of religious groups that place a high value on religious attendance reported the greatest benefits from frequent worship.

But individuals in those categories who did not attend regularly also reported significantly lower well-being for lower rates of attendance, the study found.

"Attending religious services might be a stronger norm and a more important component of a 'good life' for Mormons and evangelical Protestants than it is for Jews or Buddhists," Lim noted.

It is not enough to pray and meditate in private, the study indicates.

"Faith needs to be supported by actually going to church and sharing these rituals to be meaningful," Lim said.

The late evangelical pastor Jerry Falwell used to joke about the difference between Pentecostals and Baptists: One jumps over the pews, the other sleeps in them.

It appears even people who occasionally nap at services will be better off at church as opposed to sleeping in at home on Sunday mornings.